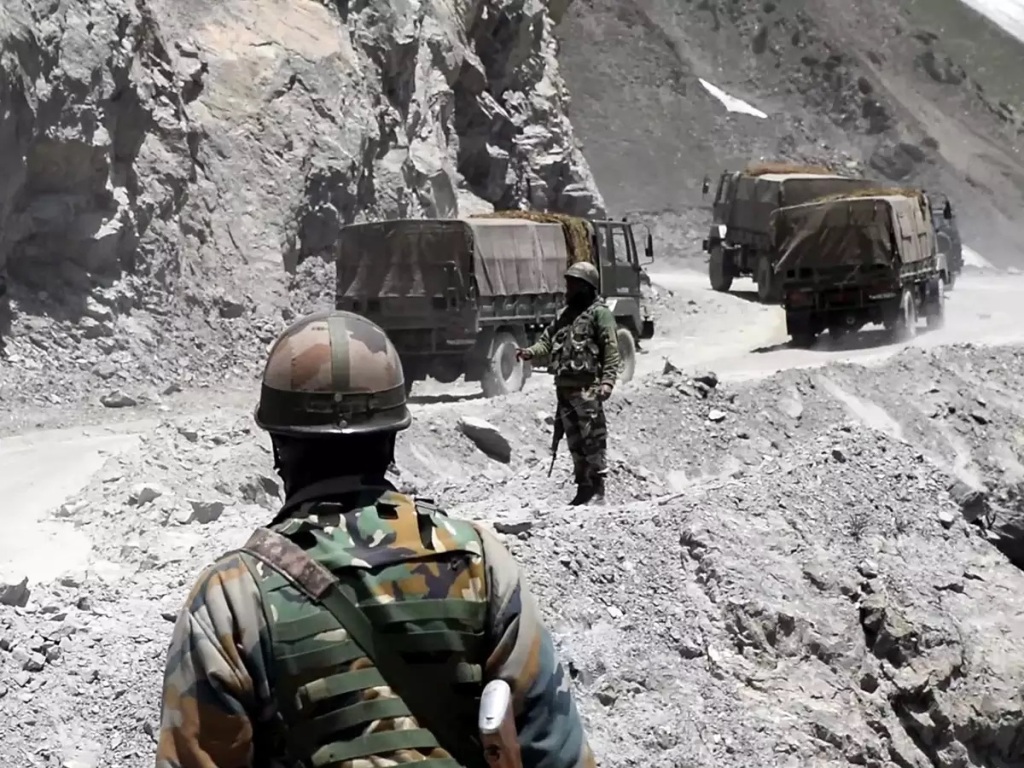 The first anniversary of the Indian revoking of Article 370 and 35A and the increased oppression of the Muslims of Kashmir passed with the usual symbolic rhetoric of the civil and military leadership. The renaming of the Kashmir Highway as Srinagar Highway and the Youm-e-Istehsal (Siege Day) song are examples of this rhetoric.

The more disturbing aspect is the continuous narratives coming from Army General Head Quarters justifying their inaction over the Indian action, in the face of severe pressure from the Ummah for practical action. Over the past year, these narratives have evolved in response to their rejection by the Ummah.

The start was with the narrative that any war will escalate to nuclear war which will lead to mutually assured destruction, and therefore not engage in war at all. One wonders about what is taught in the National Defense University (NDU) War Course when the leaders of the Pakistani Army who have graduated from this institution espouse these opinions. The military culture taught in the NDU is based on Western military doctrine whose opinion is emphatic that the presence of nuclear weapons has ensured that war is relegated to the conventional domain. Post 1945 military history is testimony to this, but we do not need to go further than the recent conflict between India and China over the Galwan Valley. Both India and China, established nuclear powers, engaged in a limited war that did not escalate to nuclear war.

The contradictions in the position of this leadership is unveiled when in defiant posture they state that the Pakistan Army will give a befitting reply if the Indian army crosses into Azad Kashmir. Is not a befitting reply tantamount to war, and will war in this case also not lead to nuclear war, or is there some special reason known only to the top leadership why this escalation will not occur?

The Ummah having rejected this narrative was fed with the narrative on the economy. Significantly, the Indian action in Kashmir on 5th August 2019 coincided with the visit to Pakistan by the IMF and FATF team on 6th August. The coincidence is striking, but the contradiction to the economy narrative is even more striking. Post Musharraf, the Pakistani government has continuously been in IMF programs and in parallel the Pakistani Army has been in continuous military war in the tribal areas. So why can war not be sustained against the Indians when the Pakistan’s Army leadership has sustained a shameful and brutal war against our own brethren in the tribal areas?

With the destruction of this narrative, the deception was now extended to state that the Indian economy is much larger than that of Pakistan and can actually absorb the costs of war. With over 4 million coronavirus cases, an economy that supposedly has contracted by 24% in the first quarter of 2020-2021[1] , secessionist movements in the east coupled with a military confrontation with China, one could argue to the contrary that India’s economy is in a dire state and may actually collapse in the case of war in Kashmir. Yet what is consistent is the same Pakistan’s army leadership that finds reasons not to fight a war.

Does the NDU produce this sort of thinking, that is, reasons why the enemy is stronger justifying inaction, as opposed to finding reasons to do their duty? One senior Indian Defense analyst stated “…China & Pak are open enemies, Kashmir is not with us, our military is not strong, many of our neighbors against us, our economy in dumps, we lack tech, internal discord unabated…have I missed anything!”[2]. Why does the NDU trained leadership not find these narratives, which are just a tip of the iceberg?

It doesn’t end here. The next narrative has been that the Kashmiri population is passive and that they may not support the Pakistan’s army if it launched a war. The insincerity of those who propose this narrative is inspired by Shaytaan alone. For over 30 years, there has been over 700,000 Indian army personnel suppressing over 8 million Muslims of Kashmir. If the Muslims of Kashmir were passive, why was there a need for the Indian army to place over 700,000 troops, increasing to over 800,000 post August 5, 2019? Furthermore, a year on from the 5th August 2019 action, the Indian army has not been reduced, and the oppressive curfew has not been lifted.  If there was no support base in Kashmir for Pakistani support, why was the Pakistan’s army supporting the Kashmiris armed struggle over the period 1985 to 1999? In all these contrived talk-show interviews where so called defense analysts are called to justify the Pakistan’s army position, maybe those from the intelligence community should be brought forward instead to answer the question why groups like Lashkar Taiyaba and Jaish-e-Mohammed were used to support the Kashmir insurgency during the 1985 to 1999 period.

Whilst the narratives have been discussed rationally, one has to wonder about the mentality of those who originate them. On the one hand, it raises the question of whether they are actually incompetent. Consider General Bajwa. He provided all the coercive support to the economic hitmen of Pakistan Dr Reza Baqir and Dr Hafeez Shaikh, to implement the IMF programs, only then a year later to face the situation that the IMF related debt payments left no funds available to pay federal government salaries[3] after debt payment and defense obligations were met.

So can we trust the judgements of a man on war with India, when he is not even competent to even understand the implications of the IMF program he is enforcing? On the other hand, it raises the question of their sincerity to the Muslims of Pakistan, whose taxes pay their salaries. If the Pakistani military leadership has no intention to fight, it must have the courage to state so, as opposed to spending time and effort to originate nonsensical narratives. What comes to mind are the Jews as described in Surah Baqarah when they were commanded to slaughter a cow. The Jews had no intention to slaughter the cow and hid their ill intentions behind baseless questions. Similarly, this leadership has no intention to fight for Kashmir or for any other Muslim cause and hide behind diversionary narratives.

From the perspective of Islam, this should be expected from those who openly violate the Ahkaam of Allah (swt). Allah(swt) explicitly warns us not to take kuffar as friends and as intimate confidantes, يَا أَيُّهَا الَّذِينَ آمَنُوا لَا تَتَّخِذُوا بِطَانَةً مِّن دُونِكُمْ لَا يَأْلُونَكُمْ خَبَالًا وَدُّوا مَا عَنِتُّمْ “O you who have believed, do not take as intimates those other than yourselves, for they will not spare you [any] ruin. They wish you would have hardship.” [Surah Al-i Imran 3:118] Those who have no shame in violating the laws of Allah (swt) will have no shame in befriending the US and its allies including India, seek the judgement of the UN, gifting the economy to the IMF and will not hesitate to sell Kashmir. Hence, we should reject their narratives. Not just on Kashmir but on everything else on the basis that the narrative is from those who willingly and persistently violate the law of Allah (swt), so there can be no goodness in their thinking.