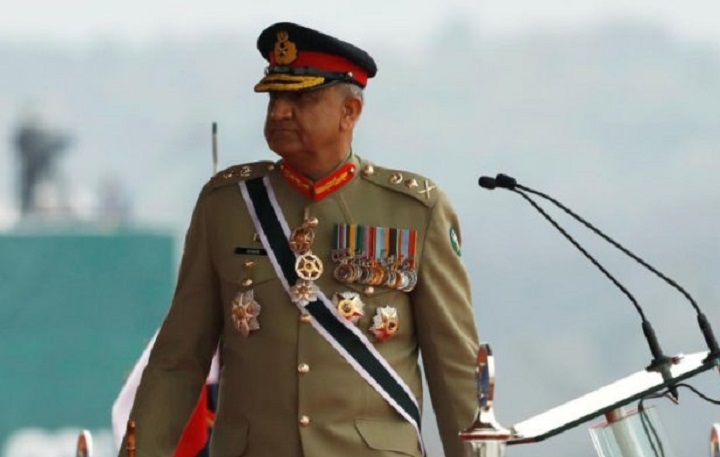 On 23 August 2021, Pakistan’s External Publicity Wing tweeted a statement from Pakistan’s National Security Adviser, Moeed Yusuf, stating, “We have made it absolutely clear that we are with the international community on where this goes.” Previously General Bajwa stated, “Pakistan expects that the Taliban will fulfil promises made to the global community regarding women and human rights.” Thus, Pakistan’s rulers are trying to salvage a victory for the US and its European allies, after their humiliating defeat on the battlefield, by ensnaring the Afghan Mujahideen in the trap of international legitimacy and recognition.

International legitimacy and recognition constitute a colonialist strategy that aims to impose the Western world order as a de facto standard for all states, so none can challenge capitalist hegemony. It led to Pakistan’s surrender of three rivers to India, as well as the destruction of Pakistan’s economy, by the IMF. It led to the crackdown on the Mujahideen in Kashmir at the bidding of FATF, as well as treating the Indian spy-master Kulbhushun as a state guest, instead of executing him, at the behest of the International Court of Justice. It led to the compromise of our security during the War on Terror, as well as the mobilization of our troops for service in UN missions, rather than for liberating Kashmir and Al-Masjid Al-Aqsa. Clinging to the international order, Pakistan’s rulers did not expel the French Ambassador, when Macron supported attacks on the honor of the Prophet (saw), whilst they restrained our willing and capable troops, when Modi forcefully annexed Kashmir on 5 August, 2019. Yet, despite being paralyzed politically and economically themselves, Pakistan’s rulers are ensnaring the Afghan Mujahideen in the same trap of the colonialist world order.

O Muslims of Pakistan! Islam links the legitimacy and recognition of a government solely with the implementation of the Islamic Shariah. The legitimacy of the Khaleefah is linked with the consent and choice of the Ummah, through the process of Ba’yah. The Ba’yah is given on the condition of implementing Islam by the Khaleefah, whilst in return the Ummah obeys him. The Messenger of Allah (saw) did not seek to legitimize his authority in Madinah according to the laws of the Romans or the Persians, the dominant world order of the time. Instead he (saw) overturned the contemporary world order through rapid expansion by Jihad. In the Khilafah, the sovereignty belongs to Islamic Law, whilst electing the Khaleefah is the right of the Muslims. The appointment of a single Khaleefah is an obligation upon all Muslims, whilst the Khaleefah alone has the right to adopt Islamic laws. Consequently, the current rulers are usurpers of power, proxies of the colonialists in our lands and devoid of any legitimacy based on Islam. Indeed, removing such rulers and appointing a just Khaleefah in their place is an obligation upon all Muslims.

O Muslims in Pakistan’s Armed Forces! The US has become a subject of both mocking and derision, as it begs the Taliban to spare the US embassy, whilst frantically scrambling to evacuate its stranded citizens and collaborators. It is the ideal opportunity for you to remove the American henchmen in Pakistan from power, granting your Nussrah to Hizb ut Tahrir for the establishment of the Khilafah (Caliphate) on the Method of Prophethood. It is the Khilafah that will unify Pakistan, Afghanistan, Central Asia and the rest of the Muslim world as a single, powerful state, ignoring the pleas of the Western crusader states for the preservation of the nation states that have divided and weakened us for so long. Allah (swt) said

“Never will the Jews be pleased with you, nor the Christians until you follow their way. Say: ‘Surely Allah’s guidance, is the true guidance’” [TMQ Al-Baqarah 2:120]