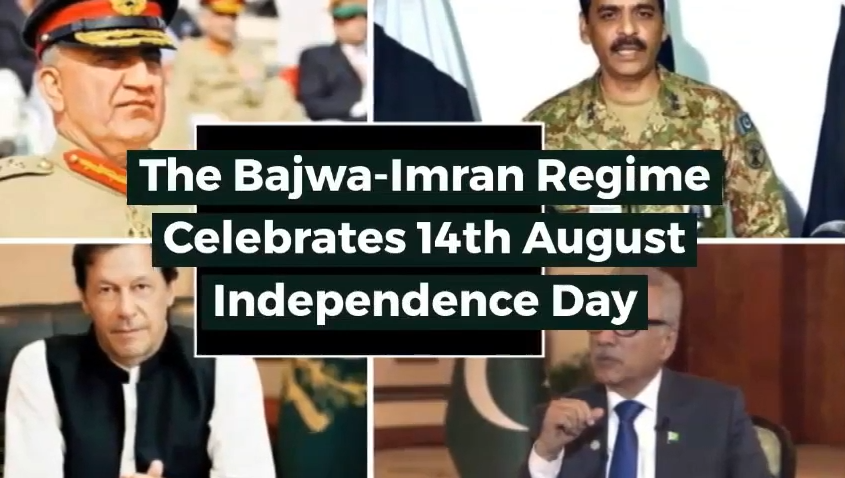 The Bajwa-Imran Regime Celebrates 14th August Independence Day in “Solidarity” with the Noble Muslims of Occupied Kashmir, Even though their Brave Character is Poles Apart from that of the Cowardly Regime

In response to the recent Hindu aggression, Pakistan’s rulers should have mobilized the lions of the armed forces of Pakistan so that they stand with the Muslims of Pakistan on Independence Day to rid Kashmir of Hindu oppression, raising Takbeers signaling victory.
The Muslims of Kashmir are calling upon Pakistan’s armed forces to mobilize in their support, by ignoring the Line of Control, whilst Pakistan’s spineless rulers have bound them with chains of “restraint” and choked all material support for the Muslims of Kashmir.

Kashmir will be liberated by military commanders like Sultan Mohammad Fateh and Salahuddin Ayubi, who despite facing formidable enemies, depended on Allah (swt), made strong preparations and eventually prevailed in glorious victory.

The issue of Kashmir will be resolved decisively only by the re-establishment of the Khilafah (Caliphate) on the Method of the Prophethood, which will not only mobilize the forces of Pakistan to rescue the Muslims of Kashmir, but mobilize the entire Muslim Ummah for this noble purpose.

“The example of those who take allies other than Allah is like that of the spider who takes a home. And indeed, the weakest of homes is the home of the spider, if they only knew.”
[Surah Al-Ankabut 29:41]

Indeed, there is only one path to strengthen the Ummah, which is her practical unification by the Khilafah (Caliphate) Upon the Method of Prophethood.