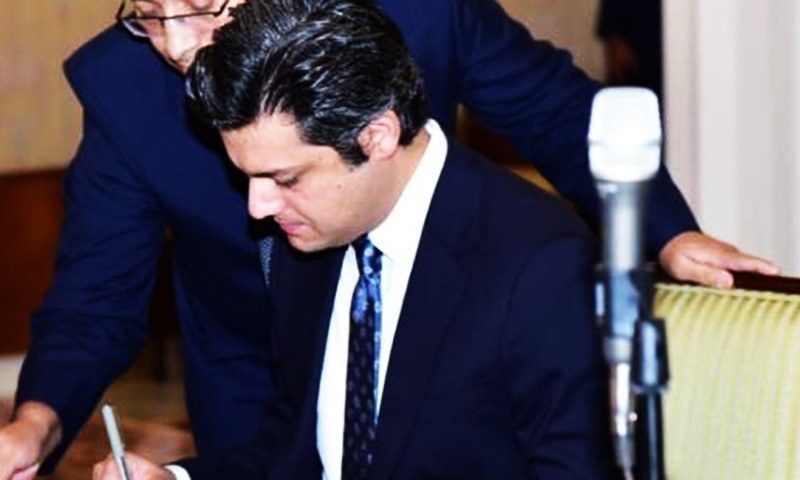 In his article “A Stabilizing Economy; Reversing the Damage” of 31 March 2019, Pakistan’s Minister of State for Revenue, Hammad Azhar, confirmed that the current leadership is implementing the very IMF guidelines that have damaged our economy over the last three decades. It is not corruption alone that caused the current, massive economic crisis. The guidelines of the colonialist tool, the IMF, benefit the foreign colonialist powers and their local partners, the corrupt within Pakistan’s leadership, at the cost of our economy. The IMF guideline of devaluation of the Rupee prevents us from challenging the colonialist powers economically, because it unleashes massive inflation, crippling the ability of our local industry and agriculture to produce. The IMF guideline of increasing privatization allows the foreign colonialist companies and the local corrupt leadership to own our large sources of revenues, such as those in the gas and electricity sectors. The IMF guideline of increasing energy tariffs allows the foreign and local owners of gas and electricity companies to earn profits, whilst further crippling our local industry and agriculture. The IMF guideline of increasing taxation chokes local buying and selling which is yet another huge blow to our agriculture and industry. So with each government, the foreign colonialists and the local corrupt become rich at our expense.

O Muslims of Pakistan! The current leadership came to power by giving us the false promise of change. It now seeks to remain in power by giving us the false hope of economic recovery. Nothing less than implementing Islam will prevent further damage to Pakistan’s economy. The Khilafah will firmly reject the IMF, its membership, its loans, interest payments and its harmful guidelines that are breaking our backs. It will do so because Allah (swt) said, قَالُوا إِنَّمَا الْبَيْعُ مِثْلُ الرِّبَا وَأَحَلَّ اللَّهُ الْبَيْعَ وَحَرَّمَ الرِّبَا “They say that Riba is a form of trade. But Allah has permitted trade and forbidden riba.” [Surah Al-Baqarah 2:275] and RasulAllah ﷺ said, «لاَ ضَرَرَ وَلاَ ضِرَارَ» “There should be neither harming nor reciprocating harm.” [Muwatta Ibn Malik, Ibn Majah]. The Khilafah will implement the Islamic ruling for energy and minerals, which is that they are a public property, supervised by the state to ensure its entire benefit is for all the people’s needs and not for a few, after privatization. It will do so because RasulAllah (saw) said, «الْمُسْلِمُونَ شُرَكَاءُ فِي ثَلَاثٍ الْمَاءِ وَالْكَلَإِ وَالنَّارِ» “The Muslims are partners in three things, waters, feeding pastures and fire (energy).” (Ahmad). The Khilafah will implement the Islamic rulings on revenue generation, such as Zakah on trading merchandise and Kharaaj on agricultural land, whilst abolishing oppressive taxation, such as GST and income tax, because it is not permitted by Islam and so it is considered theft of the private property. RasulAllah ﷺ said, «كُلُّ الْمُسْلِمِ عَلَى الْمُسْلِمِ حَرَامٌ دَمُهُ وَمَالُهُ وَعِرْضُهُ» “Every Muslim’s blood, property and honor are unlawful to be violated by another Muslim.” And the Khilafah will implement the Islamic ruling on the excessive increase in personal wealth of the rulers during ruling, which is to seize the ill-gotten wealth and put it in the state treasury. It will do so because RasulAllah ﷺ said, «مَنِ اسْتَعْمَلْنَاهُ عَلَى عَمَلٍ فَرَزَقْنَاهُ رِزْقًا فَمَا أَخَذَ بَعْدَ ذَلِكَ فَهُوَ غُلُولٌ» “Whomever we appointed in his job and we provided him (some funds), so whatever he took unduly would be ghalool (misappropriation).”