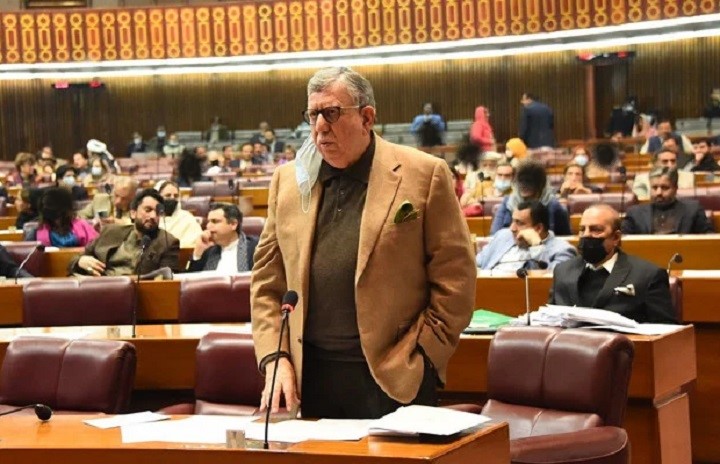 The National Assembly on Thursday, 13th January 2022, passed the controversial Finance (Supplementary) Bill, known as the “mini-budget,” along with the State Bank of Pakistan (Amendment) Bill 2021, during a prolonged session, amidst fierce objection from the opposition benches. The Finance Bill and the SBP bill, both tabled on 30 December 2021, are necessary to ensure that Pakistan’s Sixth Review for the $6 billion Extended Fund Facility is cleared by the International Monetary Fund’s (IMF) Executive Board.

Comment:
After passing the annual budget for the Financial Year 2021-22, a mere six months ago, the PTI-led federal government hurriedly forced through a mini-budget in order to comply with IMF conditions. Thus, the federal government has withdrawn tax exemptions of about 350 billion Rupees. The State Bank of Pakistan (Amendment) Bill 2021, has given autonomy to the state bank and its governor such that they are not accountable to the judiciary, the parliament or the executive. Effectively, it has handed the State Bank of Pakistan to the IMF, as the IMF-approved SBP governor, Reza Baqir, has held numerous positions within the IMF. Applying the post-Washington consensus prescriptions of the IMF blindly, Pakistan’s rulers are digging Pakistan deeper into a grave of debt, inflation, unemployment and poverty.

As for the so-called opposition, they are merely biding their time to enter Democracy so they can do the bidding of the colonialists, just as the current rulers do now. It is evident that opposition parties wanted the passage of these two bills, because instead of effectively obstructing the regime’s designs, through a variety of means available to them, they announced long marches, to discharge the fervor of their agitated party cadres through exhausting them.

Like the PTI, the opposition parties are ideologically bankrupt. They have no alternate economic agenda for Pakistan. They are bound to implement the capitalist economic system, under the dictates of the IMF. They will only exploit the anger of the people to ensure that they have a turn at doing the same as the PTI. Upon being asked by the media about what they would do in ruling, a prominent opposition member of the national assembly replied that they will opt for a review with the IMF, which is simply more of the same.

Pakistan needs revolutionary change, not merely changes of parties and faces within the current Westernized system. It is time to abolish democracy and dictatorship and establish the Khilafah (Caliphate) on the Method of Prophethood, as it is an obligation in the Deen of Islam. The Islamic economic system, implemented by the Khilafah, will end the colonialist exploitation of Pakistan’s immense resources and capabilities. The Khilafah alone will fulfill the true potential of Pakistan by abiding strictly to the commands and prohibitions of Allah (swt) and His Messenger (saw). Allah (swt) said,

“Allah will find a way out for whosoever fears Allah.” [TMQ Surah At-Talaq 65:2].