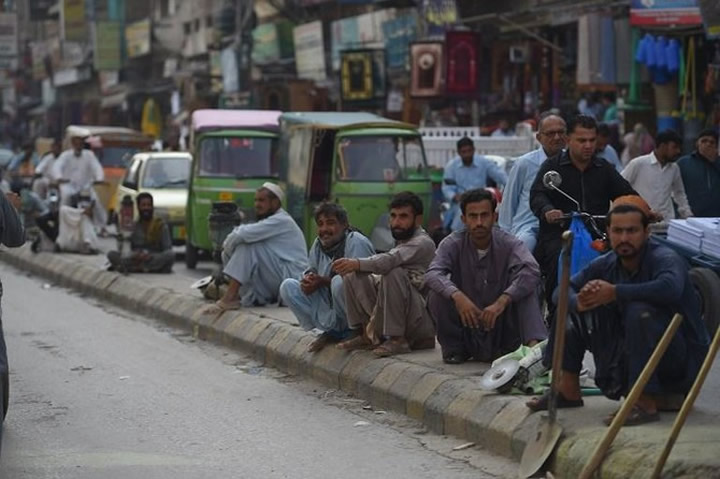 The people that hoped for change are crushed by the current rulers and system, after two and a half years of destructive IMF programs, economic downturn, double digit inflation, rises in utility and fuel prices, surrender of Kashmir, fulfillment of US dictation and blindness to the Chinese atrocities against Muslims. The failure of the Western “trickle down” effect for poverty alleviation is seen now, as it was seen under Musharraf, whilst Pakistan’s judiciary continues to deny the people timely justice, which is denial of justice itself. The stinking corpse of Democracy is a source of revulsion and avoidance, to the point that people do not trust it to spend their taxes in any fit place. How can an “honest” or “least bad” prime minister bring life to Pakistan through this dead system, which is only fit for burial?

It is time to move beyond the debate of personalities to address the core issue of the change of system. Scandinavian, Chinese, Malaysian and Turkish models are all variants of the same oppressive capitalist system. Democracy will fail whether presidential or parliamentary, whether voting in Senate elections is secret or open, whether Senate elections are direct or indirect. It will fail because the power of legislation is in the hands of human beings, allowing the destructive grip of colonialists on all major laws and policies, whilst ensuring elite capture locally as in all democracies, in the East, as in the West. Restoring public confidence in Democracy by any deception, including the false claim that the Khilafah (Caliphate) is a presidential democracy, will inevitably fail.

Unlike Democracy, the Khilafah system is so strong that despite some weak men becoming Khaleefah, it did not allow the Muslims to fall from being the dominant world power for centuries. The Khilafah protected the sanctity of our Prophet (saw), conquered new territories through Jihad, collected Kharaaj from China and the United States and ensured that Muslims were witnesses over all of humanity. The Khilafah gave economic prosperity to the Muslims, such that the size of the economy of the Islamic Indian Subcontinent alone was a quarter of that of the world. It is this system in which Muslims pledge allegiance to a Khaleefah on the condition that he will govern all their affairs in accordance with the Book of Allah (swt) and the Sunnah of the Messenger of Allah (saw), solely and exclusively. It is in this system alone that there is no concept of two states over Muslims, let alone the more than fifty states that divide and weaken the Muslims. It is the Khilafah system that guarantees every citizen the fulfillment of their basic needs. So, O Muslims of Pakistan, after an entire Hijri century since the collapse of the Khilafah, is it not time to rid ourselves of the circus of Democracy, by granting our open support for the only real alternative, the Khilafah?

Let us turn our backs on Democracy for it is the Khilafah alone whose establishment is now expected, with the Nasr of Allah (swt). The Messenger of Allah (saw) said,

«ثُمَّ تَكُونُ خِلَافَةً عَلَى مِنْهَاجِ النُّبُوَّةِ» “And after that, the Khilafah on the method of the Prophethood will be established among you again” (Musnad Ahmed).