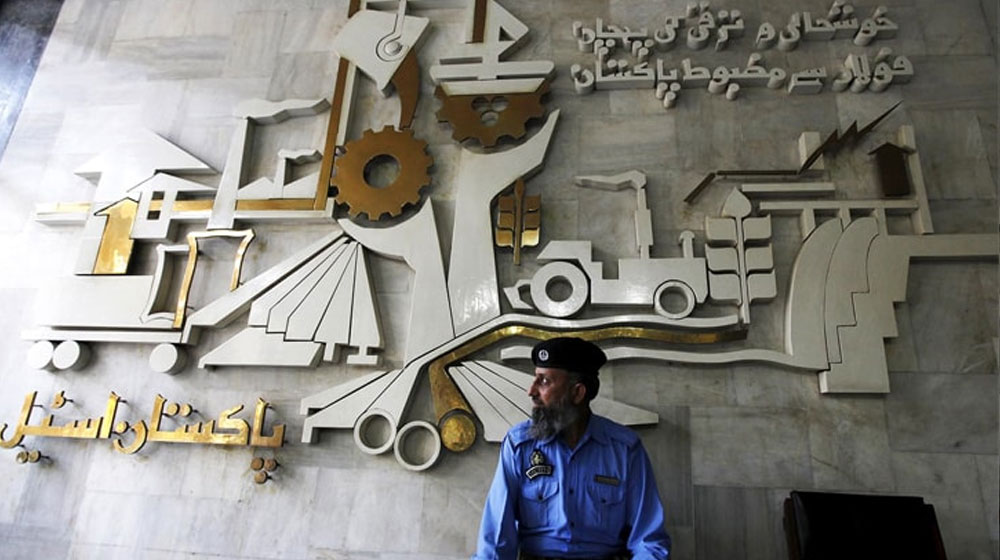 Through Obedience to the IMF, Democratic Rulers Can Never Make Pakistan Industrially Strong

Stakeholders of the defunct Pakistan Steel Mills have alerted Prime Minister Imran Khan on 1st September 2019, over deliberate delays by vested interests in the revival of sale of the country’s largest industrial complex, which has been bleeding for more than a decade. Comprising of employees, pensioners, suppliers, dealers and contractors, the PSM Stakeholders’ Group (PSMSG) said it was surprising to note that even on the completion of one-year tenure of the new government, Pakistan Steel Mills was without a management structure or board of directors and the federal ministries remained uncertain how to address the PSM challenge.

Steel mills play a pivotal role in the progress of the industrial sector of any country. Without the presence of steel mills, no country can think of industrial progress. However, the level of seriousness of rulers with regard to the progress of the country can be seen by the fact that it has been four years since the closure of the Pakistan Steel Mills, but there has been no serious effort to restore its production. Before coming to ruling, the Pakistan Tehreek-e-Insaf made tall claims that it will not privatize loss making industrial units in the public sector, but instead make them profitable. Now that it has been a year in ruling, the PTI led government has still not presented any solid policy with regard to loss making public sector industrial units including the Pakistan steel Mills. This attitude is a proof that the regime of “change” is not serious in reviving these loss making units of the public sector, just like the previous “corrupt” regimes. Why is the regime of “change” not serious in reviving these loss making units to convert them in to a huge profit making units? This is because the PTI led regime is also following and implementing the policies of the IMF as previous regimes did. The IMF wants the privatization of these units so that the state treasury is never filled with huge revenues and our state always begs at the door of the IMF.

The coming Khilafah (Caliphate) State on the Method of the Prophethood will ensure industrial progress and therefore it will not only revive existing steel mills, it will establish more steel mills. Allah (swt) said,

“And we brought forth iron wherein is mighty power as well as many benefits for mankind.”
[Surah Al-Hadid: 57:25]

The Khilafah will establish a mighty military industrial sector because Allah (swt) has made Jihad an obligation for which steel mills are an absolute necessary. Therefore the revival of steel mills will be a state priority.

How is it Justice that Pakistan Justice Movement (PTI)’s Waive 200 Billion Rupees from Industrialists, whilst Increasing the Tax Burdens on the Common Man?

On 2 September 2019, the News and Tribune published a report that the PTI government has extended an amnesty of Rs228 billion under the heading of Gas Infrastructure Development Cess (GIDC) to influential industrialists and owners of fertilizers, CNG and Captive Power Plants, K-Electric, Gencos and Independent Power Producers (IPPs) through a presidential ordinance, enforced with immediate effect from August 28, 2019.

The current regime remains under tremendous financial pressures, despite completing one year in ruling. However, even under these difficult circumstances, when the regime is exerting its all to minimize its financial deficit, by minimizing expenditures and increasing revenues, it has used the power of legislation to please certain industrialists. On the one hand, the regime heaps tax burdens on the common people, cooling their anger by saying that good times are ahead. Yet, on the other hand, it is filling the pockets of a select band of large industrialists and capitalists. The Nation newspaper of 8th February 2019 first published news of the regime’s intention. It is clear that this decision has not been made on the basis of the current economic situation. It is according to a well thought plan. The regime moved on with the plan and did not change it even when the economic situation become much worse in the aftermath of the rupee devaluation in the month of May. The regime merely placed more burden on the common people to fill the gap in fiscal deficit. This is the true face of the democratic capitalist system, where the power of legislation is in the hands of man. A few opportunist capitalists spend money in order to bring a regime of their choice and then manufacture laws which suit them. The rulers continuously tell lies to the people to deceive them.

“O Ka’ab May Allah protect you from foolish Leaders”. He said “What are foolish leaders? The Messenger of Allah (saaw) said,

“When the people see a wrongdoer and do not prevent him, Allah will soon punish them all”
(Tirmidhi).

Islam warns the Muslims of the deception of the current rulers and does not allow their support. The ruling system of Islam, the Khilafah (Caliphate) is the system in which the power of legislation is not in the hands of man. Therefore ruler does not have the authority to use public money to benefit a few industrialists.

The Prime Minister Imran Khan on 4th September 2019 apprised the visiting foreign ministers of Saudi Arabia and the United Arab Emirates (UAE) of the situation arising from New Delhi’s illegal and unilateral actions in occupied Kashmir, stating that the international community has the responsibility to urge India to halt and reverse its illegal actions and aggressive policies and postures.

Since India has revoked the special status of Occupied Kashmir in the Indian constitution and has turned the whole valley into a jail, the political and military leadership of Pakistan is more worried than India is, as how to face the current situation. If the regime that claimed to change Pakistan into a state of Madinah, had any regard for the commands of Allah (swt), then it would have no difficulty in deciding what to do as Allah (swt) said,

“How is it that you do not fight in the way of Allah and in support of the helpless – men, women and children -who pray: ‘Our Lord, bring us out of this land whose people are oppressors”
[Surah An-Nisa 4:75]

However, because the master of the regime is the same as of the previous “corrupt” rulers, the US, it cannot take any step without the approval and consent of Washington. The US does not want any resistance from Pakistan, even though the Muslims of Pakistan are strongly demanding from their political and military leadership to cross Line of Control and reach Srinagar, so the oppression and occupation by the Hindu State ends once and for all. This scenario has pushed the political and military leadership of Pakistan into a dilemma. In order diffuse pressure, it is transferring its responsibility to the international community. It has adopted the stance that responding to Indian aggression is not the responsibility of the political and military leadership of Pakistan, rather it is upon the international community.

If today there has been a Khilafah (Caliphate) on the Method of Prophethood in Pakistan, it would have ordered the Muslim armed forces to march towards Srinagar without wasting a single minute because Allah (swt) has said,

“And drive them out from where they drove you out”
[Surah al-Baqarah 2:191]

By doing so, not only would the Muslims of Occupied Kashmir be rid of the oppression of the Hindu forces, the occupation would be eradicated. Therefore the Muslims of Pakistan must become part of the struggle for re-establishing the Khilafah (Caliphate) on the Method of the Prophethood in Pakistan so that after its establishment the lions of our armed forces are cut loose to tear apart the Hindu army.