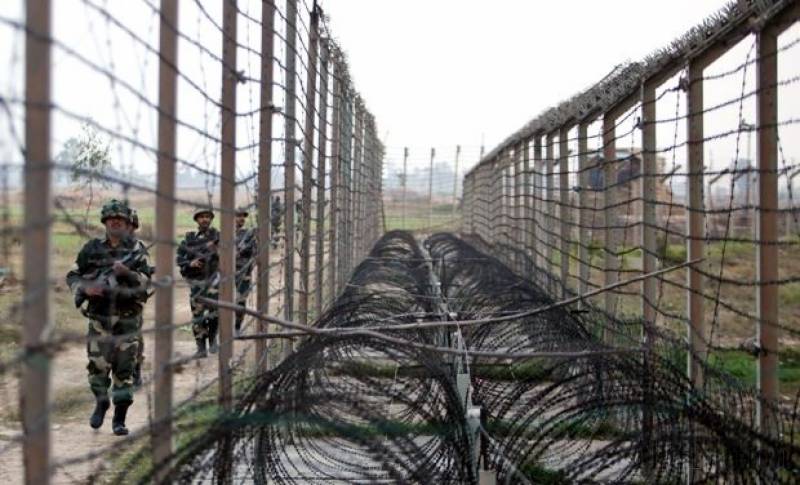 Regime Continues to Comply with US “Do More” demands

As reported in Dawn dated17 April 2017, the Director General of Inter-Services Public Relations (ISPR), Maj Gen Asif Ghafoor, stated “There used to be a loud ‘do more’ rhetoric in the past, but with each passing day, we see that the sentiment is dying down… This needs to be acknowledged. The elements of the international community that matter acknowledge Pakistan’s contribution. What other country in the world has fought terrorism the way we have? The international community acknowledges our efforts.”  These statements from ISPR were issued during a time when the US National Security Adviser, Lt Gen H.R. McMaster arrived to Pakistan from Afghanistan on an unannounced visit.

Firstly, the claims made in the ISPR statement, that US demands of “Do More” are disappearing are not something to be proud of. This is a source of shame as establishes the regime’s compliance to US dictates in its so-called “War on terror.” And the regime has bare facedly acknowledged that Pakistan is sacrificing for US interests. As reported in The Washington Times dated 12 December 2016, Tariq Fatemi, a top adviser to Prime Minister Nawaz Sharif, said that members of President-elect Donald Trump’s national security team “know Pakistan paid a heavy price in terms of the successes of the United States in the region.” Secondly, even though Pakistan’s rulers continue to comply with the US plans of strengthening Kabul regime by killing Muslims of the tribal belt to break the back of the resistance movement in Afghanistan, the US has not changed its “Do More” stance. Thus, Lt Gen H.R. McMaster on his visit to Afghanistan before coming to Pakistan said that Pakistan should target militant groups “less selectively” and stop using “proxies that engage in violence”. And the regime shamelessly continues to assure the Americans of its commitment to “Do more”.  Adviser to Prime Minister on Foreign Affairs Sartaj Aziz during talks with United States National Security Adviser Lt Gen H.R. McMaster reaffirmed, “Pakistan’s commitment to work with the international community to support efforts for peace and reconciliation in Afghanistan.”

It is criminal that the Muslims of Afghanistan are fighting the foreign crusaders, while despite commanding trained formidable Muslim armed forces, the regime is only mobilizing them to secure American plans, instead of ejecting Americans from the region. Pakistan’s rulers work day and night to secure the American plans and hegemony through political, military and economic means. Contrary to the slave leadership which prostrates before the US, the Khilafah on the Method of Prophethood will end the American hegemony in the region, for it alone will gather the Muslim armed forces’ as well as the tribal Muslims from both sides of the Durand Line as one unified formidable force. Only with the re-establishment of the Khilafah will the honor of Islam and Muslims be restored to its rightful place. Allah (swt) said,

“But honour, power and glory belong to Allâh, and to His Messenger and to the believers, but the hypocrites know not.”

Whilst the discussion about interest based loans has been limited upon the credit ratings of the borrowers, the actual discussion that must take place is its effect on the economy. Persistent borrowing by the government to bridge budget deficit has resulted in inflation. Pakistan’s debt obligations have crossed all sustainable levels. The Dawn reported on 21 December 2016, “Pakistan’s overall debt and liabilities have soared to an all-time high and have crossed Rs22 trillion ─ an increase of Rs8tr since the PML-N government came to power…. In the present government’s three years, the domestic debt and liabilities showed an increase of Rs5.26tr and external debt more than Rs2.5tr.”

A government domestically borrows on interest either from its public, bank & non-bank, or from its central bank. In recent years, government has resorted to heavy borrowing from the central bank, which is called “monetizing” the deficit. Because this method always leads to the growth of monetary base and of money supply and ultimately inflation, it is often referred to as just “printing money.” In addition, sustained inflation may stem only from a persistent rather than a temporary budget deficit that is eventually financed by printing money, rather than by borrowing from public. Since 2008, government’s average budget deficit is around 6% of GDP. In addition, when banks acquire the government debt, government borrowing puts additional pressure on banks’ reserves and banks may demand more liquidity from the central bank. When such an extra demand from banks is accommodated and the central bank supplies banks with additional reserves, then in fact monetary base increases, thereby causing a rise in money supply through deposit multiplication, further fueling inflation.

Interest fuels borrowing as it is both a huge incentive for the lender and a widening trap for the borrower, as in the case of the government, it takes on new loans to pay off old ones. As if this was all not bad enough, the government has ramped up taxation to the point it is choking agriculture and industry. Without the Khilafah (Caliphate) on the Method of Prophethood, Pakistan continues to slide into the abyss of debt, even though Islam forbids Riba (interest). Allah (swt) said,

“O you who have believed, fear Allah and give up what remains [due to you] of interest, if you should be believers. And if you do not, then be informed of a war [against you] from Allah and His Messenger. But if you repent, you may have your principal – [thus] you do no wrong, nor are you wronged.”

“Allah destroys interest and gives increase for charities. And Allah does not like every sinning disbeliever.”

And it was narrated that Jabir said:«لَعَنَ رَسُولُ اللَّهِ صلى الله عليه وسلم آكِلَ الرِّبَا وَمُؤْكِلَهُ وَكَاتِبَهُ وَشَاهِدَيْهِ وَقَالَ هُمْ سَوَاءٌ» “Allah’s Messenger ﷺ cursed the accepter of usury (Riba) and its payer, and one who records it, and the two witnesses, and he said: They are all equal”. (Narrated by Muslim)

It is the US that Established India’s RAW in Afghanistan

The Army on 26 April 2017 released the confessional statement of Liaquat Ali, infamously known as Ehsanullah Ehsan, a former spokesperson of the Jamaat-ul-Ahrar (JuA) and Tehreek-i-Taliban Pakistan (TTP). The video brought forth some startling revelations, including the claim that the TTP and JuA have been coordinating with Indian and Afghan security agencies to move freely in Afghanistan and have been guided by the Research and Analysis Wing (RAW), India’s apex spy agency, in infiltrating into Pakistan. The Army’s spokesman, Maj Gen Asif Ghafoor, tweeted the following soon after the video was made public: “RuF [Raddul Fasaad]. Ehsan Ullah Ehsan exposes hostile foreign agenda & their designs to destabilise Pak. Our youth is our strength, shall never fall prey.”Ehsan claimed, “After the operation in North Waziristan, we fled to Afghanistan… Over there, we established and developed contacts with NDS [Afghan intelligence] and RAW.” Ehsan added, “They [the TTP leadership] got their [Indian] support, their funding and took money for every activity they did. They pushed the TTP soldiers to the frontlines to fight against the Pakistan Army and went into hiding themselves.”

Will the latest revelations of how pure Muslim blood is spilled by foreign intelligence still not enough to spur the cold-hearted rulers to eradicate the US presence in our region, which is the “master mind” and “facilitator” behind the Indian intelligence presence in Afghanistan? Not only does the US presence enable India to maintain its intelligence network in Afghanistan, allowing it to strike at Pakistan’s cities and armed forces, India’s eyes and ears within our cities and military cantonments are the American intelligence agencies and Raymond Davis network, that our rulers allow to roam around without restriction. However, the rulers still insist upon their false claim that this US war is “our war” and instead target either those sincere Mujahideen who fight US crusading forces in Afghanistan and Indian occupying forces in Occupied Kashmir or those politicians and workers who demand the implementation of Islam and establishment of Khilafah in Pakistan. And this is even though the worst nightmare for America and India is the re-establishment of the Khilafah and its organizing our armed forces in Jihad to liberate our lands.

The root cause of instability and chaos in Pakistan and the region is the US presence behind India, because India alone lacks both the daring and the opportunity, unless it is facilitated by the US. However, the rulers work to expand and fortify the US presence, instead of taking concrete steps to eradicate it, such as rounding up US intelligence, private military and diplomatic staff, as well as sealing the embassy, consulates and bases. And the rulers falsely claim, to any naive person who still considers them truthful after all that they have done, that alliance with the US will guarantee the security and prosperity of Pakistan.

Pakistan’s rulers are to blame for allowing our enemies to to create a war of Fitnah between the Muslims of tribal regions and our armed forces. They misdirect our security apparatus and sending them after the tail of the snake at great personal risk, by directing them away from the US presence. It is mandatory that our security apparatus are finally directed to cut the head of the snake, which is the US presence on our soil and in our region. And it is a duty upon of the sincere officers in the armed forces of Pakistan to grant Nussrah for the establishment of the Khilafah (Caliphate) on the Method of the Prophethood which will change our situation from that of fear to that of safe security.

“Allah has promised those among you who believe and do righteous good deeds, that He will certainly grant them succession to (the present rulers) in the land, as He granted it to those before them, and that He will grant them the authority to practice their Deen which He has chosen for them (i.e. Islam). And He will surely give them in exchange a safe security after their fear (provided) they (believers) will worship Me and do not associate anything (in worship) with Me. But whoever disbelieved after this, they are the Fasiqun (rebellious, disobedient to Allah).”