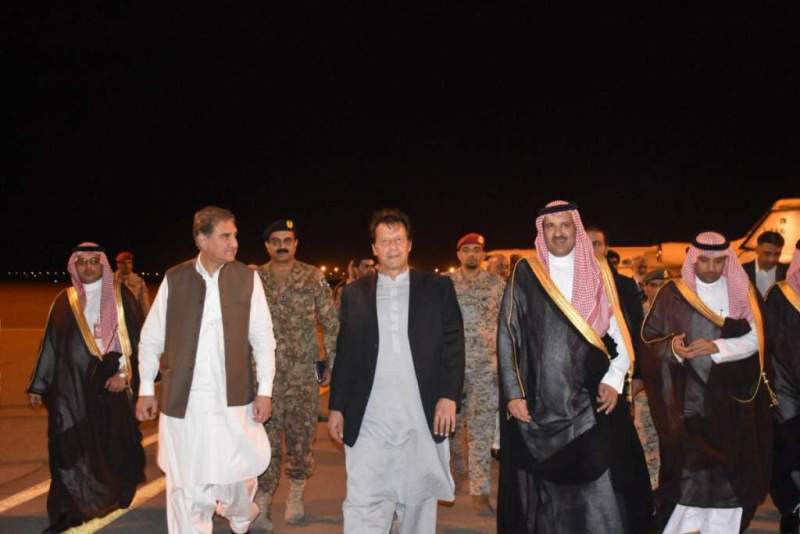 Describing the purpose of PM’s second visit to Saudi Arabia, on 23 October 2018, as attending an international investment conference being held in Riyadh, the information minister said the government had declared attracting foreign investment as one of its top priorities. This focus is further highlighted by the recent appointment of Special Assistant to Prime Minister on Foreign Investment. This is the third high-profile appointment to look after the investment portfolio. A low income, dollar dependent economy like Pakistan is lured to attract foreign direct investment (FDI) because of its stated benefit of being less susceptible to short-term changes in market conditions, which ensures a certain level of continuity and stability in the flow foreign capital, hence strengthening the balance of payment. To all intents and purposes, the long run balance of payments position of the host economy is jeopardized when the investor manages to recover initial outlay. Once the initial investment starts to turn profitable, it is inevitable that capital will return to the country it originated from.

In a democratic-capitalist paradigm one of the measurements of economic development of a low income economy is the increase in the level of capital stock. A developing economy may increase the amount of capital stock by incentivizing and encouraging capital inflows, and this is generally done through the attraction of FDI. FDIs may also increase the total production of the host economy in the short run, via productivity improvements and technology transfers. However, the sane and sincere leaderships of many developing economies have tried to restrict, and even resist, foreign investments because of concerns over foreign economic and political influence. One pertinent reason for this sentiment is that many developing countries fear that foreign direct investment may result in a form of modern day economic colonialism, exposing host countries and leaving them and their resources vulnerable to the exploitations of the foreign company. From copper, gold and gas extraction in Baluchistan and illegal logging in Malaysia to the marble trade in Afghanistan and the plunder of oil and petroleum products in Iraq, our world is plagued by the tragic exploitation by the predator Multinational Companies (MNCs). After inflicting pain, persecution and plunder in Africa, many multinational companies are moving to other parts of the world including Pakistan to exploit natural wealth with the collaboration of a corrupt ruling elite. The discovery of what is said to be the world’s second largest copper-gold reserve, Reko Diq, in Baluchistan’s Chaghi region has attracted many greedy companies, benefiting from corrupt deals. The same goes with the multibillion copper-gold Saindak project. While Australian and Chinese companies have profited to the tune of hundreds of millions of dollars through their control over these mines, the federal government has received a much smaller share of the total.

As investors search the globe for the highest returns, they are often drawn to places endowed with bountiful natural resources, but are handicapped by weak or ineffective labour and environmental laws. It would be ludicrous to expect multinational companies (MNCs) to behave in a more ethical fashion. For all the empty rhetoric about corporate social responsibility and moral standards, these companies are ultimately out to make profits and will do so as and when they can, through any means if necessary. This much is clear from their history not just in Pakistan but also in other parts of the world. The structural imperatives of capitalist accumulation, an unquestioning adherence to IMF-prescribed economic policy, and the political influence and power of the propertied classes, ensures that few barriers are ever erected to impede the pursuit of lucre by foreign capital and its local collaborators. Indeed, for all their differences, the main political parties in Pakistan are virtually unanimous in their support for privatization, their belief in less regulation of the economy, and their willingness to do whatever it takes to work with potential sources of foreign investment. Despite the manifest failure of IMF/WB neo-liberal economic doctrines and theories of ‘trickle-down’ growth around the world, the myopic economic managers in Pakistan continue to adhere to these discredited ideas.

Imran Khan’s Sells Out for Funds from US Agents, the Rulers of the Saudi Monarchy

Pakistan’s Prime Minister, Imran Khan, went to Saudi Arabia to attend the “Davos in Desert” conference on 23 Oct 2018. As reported by Express Tribune, the PM Khan earlier on 22 October 2018 said that the government was “desperate” for possible Saudi loans to shore up the economy. Furthermore before leaving for the Kingdom he said that whilst the Khashkoggi’s murder had left him concerned, he could not skip the conference owing to possible aid from Riyadh. He told the Middle East Eye in an interview, “Unless we get loans from friendly countries or the IMF, we actually won’t have in another two or three months enough foreign exchange to service our debts or to pay for our imports. So we’re desperate at the moment.”

Saudi Arabia’s rulers are agents of the US and hence will not extend any helping hand that would undermine US plans to punish Pakistan using the IMF program. This is economic strangulation at its best, where the US interest is to leverage the current crisis in order to get the maximum benefit out of Pakistan, be it regarding the US “War on Terror,” pursuing Afghan Taliban for negotiations, getting concessions for India, controlling CPEC projects, or establishing corrupt Western values in the society. Who knows which deals against the national interest will be made this time behind the scene to get a bail out from IMF or Saudis? As for the China, they have already extended their best offer in the form of CPEC. CPEC has buried Pakistan under massive debt and slowly dragging it towards a default on debt scenario. Hence no easing of the situation can be expected in this regard. Any additional financial assistance from China will further worsen the current crisis.

If Imran Khan feels so desperate about the economic situation, and is sincere about organizing Pakistan on the model of the “Madinah State,” then why doesn’t he opt for an Islamic economic model, instead of selling out to US agents and colonialist powers? Why doesn’t he pursue the Islamic economic option of increasing state revenues through the management of public properties, such as energy resources and minerals, and collecting Zakah and Kharaj? Why doesn’t he reject new interest based loans? Why doesn’t he provide utilities to the public, agriculture and industry at production cost to jump start local production and consequently increase exports? Why does he not establish a heavy industrial base in Pakistan so it is no longer so dependent on imports? Why doesn’t he carry out land reforms as per Islamic laws to maximize the cultivation of land? The truth is that Imran Khan’s claims for “change” and the “Madinah State Model” are nothing but empty slogans. Claiming to pursue the “Madina State Model,” whilst lying down in submission to colonialism and capitalism, is just deception. The current crisis can only and solely be solved by establishment of Khilafah (Caliphate) on the Method of Prophethood so that the Deen can be implemented. Allah (swt) said, أَفَحُكْمَ الْجَاهِلِيَّةِ يَبْغُونَ وَمَنْ أَحْسَنُ مِنَ اللَّهِ حُكْمًا لِقَوْمٍ يُوقِنُونَ  “Then is it the judgement of [the time of] ignorance they desire? But who is better than Allah in judgement for a people who are certain [in faith]” [Al-Ma’ida 5: 50]

Governments Housing Scheme Benefits Construction Magnates and Bankers, Whilst Financial Burden and the Sin of Riba Falls upon the Poor

The registration process for the PTI government’s Naya (New) Pakistan Housing programme kicked off on 22 October 2018 reported Dawn in the follow up of the October 11 launch of the housing scheme by Prime Minister Imran Khan which envisages construction of five million houses for under privileged segments of the society during next five years. Prime Minister Imran Khan declared that, “The target of this [plan] is the common man, who could not even think about owning a house.” The project cost is estimated at USD 180 Billion which is 60% of Pakistan’s GDP. The yearly cost of the project is estimated at Rs7,800 billion against the total annual tax revenue of Rs4,400 billion. The obvious question is about where the funds are to be arranged for such an expensive project. The government has announced that the project execution will be given to private local and foreign investors, i.e. builders and developers.

Though the government has not yet announced the method of finance, the government’s partner in the project, the Chairman of the Association of Builders and Developers (ABAD), Muhammad Hassan Bakshi, spilled the beans. Addressing a press conference, the Chairman of ABAD spoke of the financial model of the scheme. Twenty per cent of the total price of the housing unit would be paid by the allottees on monthly instalments, whilst forty percent would be provided by State Bank of Pakistan (SBP) to commercial banks, at the rate of one percent interest. This would be given to the allottees at the rate of four to five percent interest and the remaining forty percent would be financed at three percent over the Karachi Interbank Offered Rate (KIBOR). So through this project, banks will earn through interest and private investors will benefit from projects by arranging steel and cement as well as building and construction. All their profits and earnings will be on the backs of already burdened common men. So how is this project for the comman man?

So again Democracy is shown to only care for the interests of a small capitalist elite, whilst the common man is left to pay back the cost of the house many times over through paying the evil of riba (interest). In contrast, Islam has declared housing as a basic necessity of humankind. RasulAllah ﷺ said,«لَيْسَ لابْنِ آدَمَ حَقٌّ فِي سِوَى هَذِهِ الْخِصَالِ: بَيْتٌ يَسْكُنُهُ، وَثَوْبٌ يُوَارِي عَوْرَتَهُ، وَجِلْفُ الْخُبْزِ وَالْمَاءِ» “The son of Adam has no right to anything except these: a house to live in, a clothing to cover his ‘Awrah (parts of body that must be covered in public), some bread, and water.” Thus in the Khilafah state, it is the responsibility of the state to ensure housing for each and every citizen. To keep the cost of housing within the affordable range of the common man, the state will provide basic facilities throughout the country. It will not just concentrate within existing urban centers, which causes massive urbanization and inflation of land costs in urban areas, even though more than 60% of Pakistan’s population is dependent upon agriculture for living. The Khilafah state will abolish the stock share company that enables the dominant private ownership of large scale construction industries. Instead the Khilafah will undertake large scale construction, bringing the cost of construction as low as possible, as it will not profiteer. If some of the citizens of the state are still not able to arrange accommodation for themselves, then it is the state responsibility to arrange for such needs through the ample funds it will have at its disposal after implementing the Islamic economic laws.