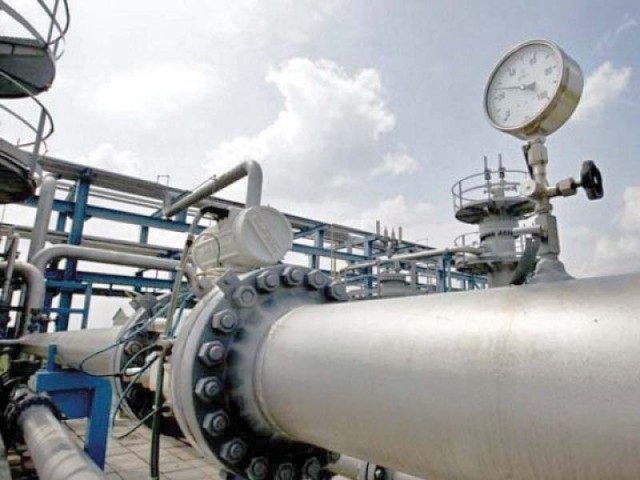 In a major decision, the government finally approved up to 143 per cent increase in natural gas tariff with immediate effect on 17 September 2018 having a cumulative financial impact of about Rs116 billion.  The current regime is running pillar to post to address the debt and deficit crisis. The recent assessment of the external debt repayments showed that Pakistan needed $11.7 billion to service its external debt in current fiscal year 2018-19. Pakistan’s gross external financing requirements have been assessed at an alarming level of $31 billion by the finance ministry, given that the current account deficit will touch $18.5 billion. Put simply, this means that exports and remittances are falling far short of covering much higher levels of imports. Net FDI and the SBP’s reserves are not enough to make up this shortfall. Against $31-billion financing requirements, the available financing is only $20 billion, which is inclusive of $13.2 billion projected borrowings and rollover of $2.8 billion short-term debt. This still leaves the government with a financing gap of $11.1 billion. Pakistan simply does not have enough foreign currency to meet its short-term financial liabilities and trade needs. And since the State Bank of Pakistan cannot print dollars, the regime will look for more interest based debt from colonialist institution.

In the event of such balance of payment crisis Pakistan like democratic-capitalist states are tempted to approach IMF. An IMF programme could immediately avert the balance of payments crisis. This will also open cheap financing lines from the World Bank and the Asian Development Bank (ADB). The programme will increase the country’s credibility in the eyes of international creditors. However, the IMF programme is not without formal constraints on fiscal and monetary policymaking, hence, requiring further devaluation, raising taxes, tariffs and interest rate. This is likely to further retard growth and fuel rampant inflation. In China, Pakistan has found another window of borrowing opportunity in more recent history. A general trend observed in China’s engagement with numerous developing countries is that it does not like to micro-manage the economy, though some concessions are almost certainly demanded in return. These may include higher equity stakes in ongoing CPEC projects, a larger role in deciding future ones, and greater market access for Chinese firms. Sri Lanka’s Hambantota port is a case in point, in which China acquired a controlling stake and a 99-year lease in 2017 after the former’s failure to repay loans. And reflecting growing unease about the BRI, re-elected Malaysian PM Mahathir this month cancelled $22 billion worth of Chinese projects, questioning their economic rationale and citing debt concerns. These examples, at the very least, show that the terms for any further Chinese loans need to be carefully considered. There is a possibility of seeking bailout package from Saudi government. However, in return of any financial package or assistance the Saudi government would certainly seek Pakistan’s support on some regional issues including the ongoing Yemen conflict. Last but not the least, Pakistan government is pinning high hopes to investment in bonds by the overseas Pakistanis. Due to Pakistan’s image problem, and also because of the liquidity position of majority of the overseas Pakistanis, the scheme has very limited scope.

The crisis resulting from the balance of payments due to deficits leads to further indebtedness. The debts come with interest and conditions that further weaken the economy. Pakistan has suffered enough from the implementation of Capitalism and is set to suffer even more. Nothing short of the implementation of Islam will remove Pakistan from its crisis. It is the Khilafah (Caliphate) on the Method of Prophethood alone that will end indebtedness, by ensuring public ownership of energy and minerals, as well as the dominant state ownership of large scale industry, so that the Khaleefah has ample funds to secure the needs of the people.

Prime Minister Imran Khan in his maiden official visit to Karachi on 16 September 2018 expressed concern over the reported surge in street crime in the metropolis, and called for coordinated efforts to purge the city of criminal activities.  The PM took strong exception to the cases of abduction of children in the city and sought coordinated action against abductors.

This is not the first time any government has sensed the problem of street crime in Karachi and planned to act decisively against it. Previous governments have also acted and operations in Karachi were launched in September 2013, which are still ongoing. However, the current system has failed to achieve desired result, specifically to control street crimes. The main reason behind the failure remains the very reason for the operations. They were never intended for controlling street crime. The city was left at the hands of criminals to justify the operations in the city. The patronage enjoyed by criminal elements given by the state or political parties was left untouched. Instead, the operations were demanded by the US against those supporting the Afghan insurgency against US occupation in Afghanistan. Moreover, the use of force created other problems. City roads were overwhelmed with barricades, armoured vehicles and law enforcers carrying assault rifles within the city, as if they were making a tour in war zones. This caused fear in the masses and even casualties, as in the case of ten years old Amal who was killed on 13 August 2018 by a law enforcer’s Ak-47 assault rifle in cross fire.

Successive regimes in democracy have given protection to criminal elements and gangs through political patronage. Democracy allows powerful and privileged figures in the legislature to exploit the police and judiciary in creating room for their thugs on the streets. So, it is no surprise that criminals operate openly and with impunity in Karachi. RasulAllah ﷺ warned the Muslims about privilege and favouritism by saying, «إِنَّمَا أَهْلَكَ الَّذِينَ قَبْلَكُمْ أَنَّهُمْ كَانُوا إِذَا سَرَقَ فِيهِمْ الشَّرِيفُ تَرَكُوهُ وَإِذَا سَرَقَ فِيهِمْ الضَّعِيفُ أَقَامُوا عَلَيْهِ الْحَدَّ وَايْمُ اللَّهِ لَوْ أَنَّ فَاطِمَةَ بِنْتَ مُحَمَّدٍ سَرَقَتْ لَقَطَعْتُ يَدَهَا» “The people before you were ruined because when a noble person amongst them committed theft, they would leave him, but if a weak person amongst them committed theft, they would execute the legal punishment on him. By Allah, were Fatimah, the daughter of Muhammad, to commit the theft, I would have cut off her hand.” [Bukhari].  The problems of Karachi will be solved by the Khilafah (Caliphate) on the Method of the Prophethood.  Fear of Allah (swt) will be the first deterrent for the people, whilst the Hudood of Allah (swt) will be implemented without any favouritism, ensuring swift justice. Youth will turn away from such gangs as they will be cultured in Islam, given world class education and provided abundant economic opportunities so that they will live upright and productive lives.

In a major decision, the government finally approved up to 143 per cent increase in natural gas tariff with immediate effect on Monday, 17 September 2018, having a cumulative financial impact of about Rs116 billion. Minister for Petroleum Ghulam Sarwar Khan, said the two gas companies — SSGC and SNGPL — were operating in profit when the Pakistan Muslim League-Nawaz assumed power in 2013, but it left behind a deficit of Rs152bn after five years. He said it was a difficult decision for the new government in view of higher gas purchase price which could not be sold cheaper. The conduct of the “regime of Change” with the passage of each day is proving that change is not possible in Democracy. Pakistan Tehreek-e-Insaf was very critical of increases in the prices of gas when they were in the opposition in the National Assembly till the end of PML-N regime. The current Finance Minister, Asad Umar, said on numerous occasions, before coming to power, that when we come to power we will reduce the prices of gas. However, once they assumed power, they went against their own assertion. Faisalabad-based Zia Lamar, former President of the Pakistan Hosiery Manufacturers Association (PHMA), a sector of the textile industry heavily tied to gas, said that, “For five years, the PML-N has been playing these games with us, now these people (PTI) have started the same game!”

The PTI government based their decision on this fact the SSGC and SNGPL are purchasing gas from 40 gas producers at Rs. 630 per mmbtu an average and selling it to their consumers at Rs. 399 per mmbtu, therefore incurring a loss of Rs. 231 per mmbtu. If one sees this figure, then the current capitalist economic system only has two remedies to solve this problem. Firstly, to increase prices to cut losses, but this will increase the cost of industrial and agriculture production. Secondly, to provide subsidies, so the consumer receives gas at low cost, but the government provides these subsidies either by taxing people or by taking loans, which also have to be paid by the people eventually. So in democracy who ever claims that he will reduce the price of gas or electricity actually lies, because these utilities are under private ownership and the private owners demand prices according to international market price to ensure profit.

Islam alone resolves this matter radically by declaring energy resources as public property which cannot be owned by the private sector or state. RasulAllah ﷺ said, «الْمُسْلِمُونَ شُرَكَاءُ فِي ثَلَاثٍ الْمَاءِ وَالْكَلَإِ وَالنَّارِ» “The Muslims are partners in three things, waters, feeding pastures and fire.” (Ahmad). The term ‘fire’ here includes all forms of energy used as fuel in industry, machines and plants, as well as the plants which use gas as fuel or coal. So under the Khilafah, gas wells cannot be owned by the private sector, rather they will be supervised by state on behalf of the people of the Khilafah State. The state will evaluate the cost of production, which will never be Rs. 630 per mmbtu, rather it will be much lower than this. So, the people, industry and agriculture will receive gas at affordable prices, reducing the cost of production and making our exports competitive in the international markets. The Muslims of Pakistan must abandon Democracy and those political parties who are advocates of democracy. They must join the struggle of Hizb ut Tahrir for the re-establishment of the Khilafah (Caliphate) on the Method of Prophethood. This is the only way for real change.