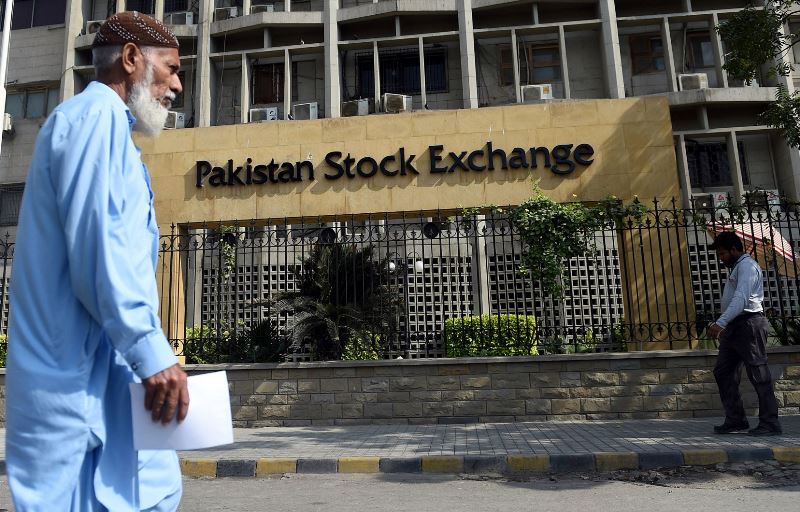 Inflation is inching up, particularly from March 2018 onwards. So far, the average inflation in the First Quarter (Jul-Sept 2018) stood at 5.6% as compared to 3.4% in the corresponding period of the previous fiscal year. Pakistan Bureau of Statistics (PBS) reported that core inflation jumped to 8% in September 2018 – the highest level in the past four years, indicating inflationary pressures that were affecting the prices of almost every household item. The central bank also revised upwards its inflation projection, due to a higher-than-anticipated rise in international crude oil prices, an upward revision in domestic gas prices, a further increase in regulatory duties through the mini-budget and the continuing impact of exchange rate depreciations. The government has announced up to 143% increase in gas prices, while a decision on increase in power tariffs is in the offing. According to some media reports the IMF has unofficially confided in the government over its inflation projections of 14% by mid-2019.

As a matter of fact, the IMF policy prescription of devaluation and higher taxes and tariffs itself is by and large the major cause of the looming double digit inflation. In the wake of deteriorating balance of payment situation, the economic managers of Pakistan made up their minds months before embracing an IMF bailout and started tuning the economy accordingly. With three successive bouts of devaluation, the Rupee is on its way to shed more value, after formal approval of the loan. Here, the concern about inflation is based on the fact that consumer prices are significantly affected by imported goods prices, which increase quickly in response to a devaluation. In the long term, high inflation rate erodes a country’s external competitiveness, by appreciating the real exchange rate and, thus, acts as a drag on exports and undermines the government’s efforts to improve the trade balance. In such an event, a sharper depreciation of the currency may become necessary, which may further accelerate the rate of inflation. Hence a democratic-capitalist state gets caught up in a vicious circle of devaluation and inflation and its poor masses languish in misery.

The IMF requires a debtor country to reduce development spending and increase taxes and utility tariffs, whilst debt repayment and other economic policies have been made the priority. In effect, the IMF demands that the aid recipient country lower the standard of living of their people. The IMF prescription of reduction in subsidies and welfare expenditures coupled with increase in indirect taxes and tariff, results in the increase in price level in the recipient country. Almost invariably, IMF measures start a spiral of inflation which affects all products.

Hence, addressing the problem through the IMF prescriptions, compounds the problem, because the IMF’s program includes the solution on an abstract arithmetic basis. The IMF considers the subject a mathematical equation, and works to find a balance between its two sides. So, it tries to increase the lower side or reduce the higher side, without giving regard to the relationship of this solution with man and without linking it with man himself, who will suffer economically from the proposed solution. For example, to increase revenues, the IMF requires increasing taxes, though it knows that the taxes in the indebted nations have usually already reached the maximum affordable limits, if not more. It also knows the price levels in the indebted nations are high, and might be beyond the reach of most of the people. Despite that, it demands the removal of subsidies on the essential goods like bread, milk, rice, wheat, sugar, fuel and the like. It knows as well that the capacity of the indebted nations for the production of goods viable for export is weak; however, it asks for the devaluation of the currency, thus pushing prices even higher and increasing unemployment. A sincere Muslim leadership would reject all demands of the colonialist tool of the IMF and establish the economy on the strong footing of Islam. Allah (swt) warned, يَا أَيُّهَا ٱلَّذِينَ آمَنُوۤاْ إِنْ تُطِيعُواْ ٱلَّذِينَ كَفَرُواْ يَرُدُّوكُمْ عَلَىٰ أَعْقَابِكُمْ فَتَنْقَلِبُواْ خَاسِرِينَ “O you who believe! If you obey those who disbelieve, they will send you back on your heels, and you will turn back (from Faith) as losers” [Surah Aali Imran 3:149].

PTI Government Brings Relief for a Small Elite, Whilst Burdening the Common Man

Claiming to revive investor confidence in the bourse, the government has decided to reduce the advance income tax and capital gains tax on the sale and purchase of shares. The Pakistan Stock Exchange benchmark index has fallen to its two-year lows losing 4,200 points, or 10 per cent, during first two weeks of this month. The government accepted stockbrokers’ demands after a delegation of PSX Stockbrokers Association on 15 October 2018, held meetings with Finance Minister Asad Umar, Minister for State on Finance Hammad Azhar and the Securities and Exchange Pakistan (SECP) Chairman Shaukat Hussain.

The PTI government grants relief to the small capitalist elite, whilst putting more pressure on the already burdened common man. Recently the government has increase gas prices for the common man, contributing to inflation in transportation costs specifically and all basic needs generally, whilst ensuring huge profits of gas producers, who have already achieved record profits in the fiscal year 2017-2018. Similarly, now as the by-elections are over, the government’s economic coordination community is about to decide upon the increase in power tariffs by two rupees on average, whilst ensuring huge profits for power producers like KE and Hubco, who have recorded large profits of Rs. 32 Billion and Rs. 12 Billion respectively. Benefitting the small capitalist elite, whilst burdening the poor is not unique to Pakistan. Democracy around the world witnesses the same, because democracy has entrusted law-making to elected representatives. They collectively spend billions of rupees in their election campaigns to get elected. Once elected, they legislate to benefit themselves or their sponsors. A 2014 study by Princeton University Prof Martin Gilens and Northwestern University Prof Benjamin concluded regarding the world most celebrated democracy, the United States, that “Multivariate analysis indicates that economic elites and organized groups representing business interests have substantial independent impacts on US government policy, while average citizens and mass-based interest groups have little or no independent influence”.

Thus, Democracy has proved itself as system by the rich, for the rich and of the rich.  Only the economic system of Islam, under its ruling system of the Khilafah, can resolve the economic woes of Pakistan. It will relieve the burden of common man by implementing its basic policy of distribution of wealth. Islam addresses the problem of distribution, according to the speech of Allah (swt), كَيْ لاَ يَكُونَ دُولَةً بَيْنَ الأَغْنِيَاءِ مِنْكُمْ “It is so that it does not circulate solely among the wealthy from amongst you.” [Surah Al-Hashr 59: 7] Islam provides unique laws regarding energy, taxation, investment, currency, agriculture and industry, which enable individuals to take their share, without depriving others. For example, Islam declares that immense resources like oil, gas, electricity and coal cannot be private property. Instead, rather these are a public property, collectively owned by the society. Islam has exempted poor from all kind of taxation. It prevents generalized inflation by making gold and silver the basis for currency. Islam has made cultivation of agricultural land compulsory and the owner of agricultural land loses this ownership, if he does not cultivate the land for three consecutive years. These and dozens of such rulings prevent the concentration of wealth in the hands of few and also make sure that the poor do not become poorer.

On 16th October 2018, a three-member bench of the apex court headed by the Chief Justice of Pakistan, Mian Saqib Nisar, ordered the continuation of relief that the court had provided to the pre-paid connection holders. It ordered the government and the service providers not to charge any tax from consumers, until proper legislation was enacted to address the issue. In June 2018, the Supreme Court had barred network providers and the Federal Board of Revenue from collecting service tax on pre-paid cards, saying it was exploitative and illegal. Prior to the court orders, the consumers were charged 10 per cent service tax, in addition to other taxes, such as withholding tax (5.5pc) and sales tax (19pc). On a pre-paid card of Rs100, only Rs64 is availed by the consumers.

In Democracy, the government has the right to usurp people’s personal wealth because it can make law to support its action. The Supreme Court of Pakistan has now pointed out that the government has not legislated to make her action legal and so it has pointed a way out for it. So once new laws are made, the government can usurp whatever it deems appropriate. Regarding Democracy, it is a famous saying that there is “no taxation without representation.” So basically the elected government has the authority to take wealth from the personal wealth of the people, after making legislation to make its theft legal. This is a major reason that the wealthiest and powerful sections of society want to become part of ruling. They can ensure the burden of taxation falls upon all the masses, whilst granting tax relief to the wealthiest.

Islam does not allow anyone to legislate, so the rulers cannot decide and legislate about which part of peoples personal wealth can be taken to fund state expenditures. Islam has given a special sanctity to the personal wealth of the people. It cannot be taken from them without the permission of Allah swt. RasulAllah ﷺ said, «إِنَّ دِمَاءَكُمْ وَأَمْوَالَكُمْ وَأَعْرَاضَكُمْ عَلَيْكُمْ حَرَامٌ كَحُرْمَةِ يَوْمِكُمْ هَذَا فِي بَلَدِكُمْ هَذَا فِي شَهْرِكُمْ هَذَا» “No doubt! Your blood, your properties, and your honor are sacred to one another like the sanctity of this day of yours, in this (sacred) town (Mecca) of yours, in this month of yours.” This is general and encompasses every person, and so it is forbidden to take the wealth of any individual, whether Muslim or not, except for a legislated reason. Therefore, it is forbidden for the State to take the wealth of any individual except for a Shari’ah reason. It cannot be said that the state can impose tax on the personal wealth of the people as part of governing the interests of the Ummah since she has the right to manage the affairs. This is because the management of the affairs is the undertaking of the interests of the people according to the Shari’ah rules, and not the undertaking of the peoples’ interests. So the state has no power at all to permit whatever Allah (swt) forbade. If it did so the action would be considered an injustice which would be taken to court for redress. The wealth would be returned to its owner. So in the Khilafah there will be no tax as service tax, withholding tax and sales tax.