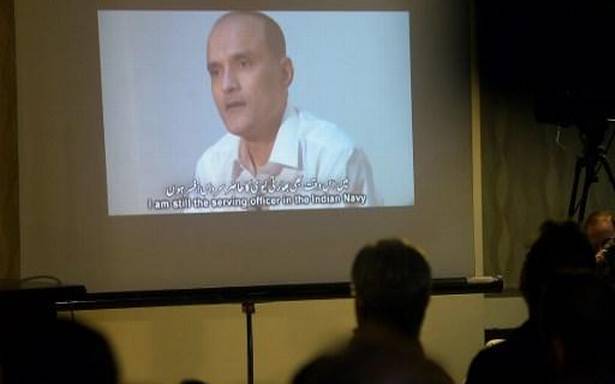 How is it Progress for Pakistan to be Looted by Yet Another Neo-Colonialist Power?

Prime Minister Nawaz Sharif said on 15 May that the ‘One Belt, One Road (OBOR)’ initiative and the China-Pakistan Economic Corridor (CPEC) were all about shared prosperity, beginning a new era for humanity and progress in poor regions. “Hinterlands are being connected with coasts. Big businesses are moving to less developed and neglected territories. And a new generation of entrepreneurs is being inspired,” he said while addressing the second session of the Leaders Roundtable at the two-day Belt and Road Forum for International Cooperation.

The CPEC is not about shared prosperity but looting Pakistan by yet another colonialist power. After the collapse of the man-made Communism, China embraced another man-made ideology completely, capitalism. Colonialism is the method the capitalist camp follows for executing its idea, secularism, the detachment of religion from life. Colonialism is imposing the political, military, cultural and economic authority over subordinate nations for the sake of their exploitation. This method of colonialism is constant, and does not change regardless of the change of governments and their laws. Therefore, the foreign policy of the capitalist camp is constant, in terms of its idea and its method, despite competition between states, such as the current regional competition between China and the United States. Thus, China is like America, France, Britain and any other capitalist state, where it undertakes colonialist subjugation of other nations. As regards the change in the styles of colonialism, it used to depend on military domination in what was known as old colonialism, but then it became to depend more prominently on economic and cultural aspects, in what was called neo-colonialism. So, colonialist states started to depend on enslaving nations through interest based loans, wresting control over local raw materials and dominating the local markets with their own goods, displacing local industry and agriculture. This is already seen in the short time that CPEC has been taking hold.

In the coming Khilafah, we will not have treaties or pacts with the colonialist nations like the United States, Britain and China. These nations are considered to be in a potential war (Kafir Harbi Hukman) with the Khilafah. Therefore all precautions must be taken towards them and no diplomatic relations should be established with them, and they should not be allowed to open embassies within the Khilafah. The citizens of these countries are required to have a passport to enter the Khilafah and permission is required for every visit. Instead of depending on nations that from the outside seek to exploit and plunder our resources, the Khilafah (Caliphate) on the Method of the Prophethood will unify the resource laden lands of Muslims and establish industry and infrastructure to allow the rise of the Ummah to its actual potential. Only then will the Muslims finally be liberated from the dominance of the kuffar. Allah (ta’ala) revealed,

“And Allah does not allow the Believers to place the Kafireen in authority over them.”

E-Commerce is no Substitute for Heavy Industry

Prime Minister Nawaz Sharif said on 16 May that as a firm believer in political empowerment of people through economic development, he would encourage e-commerce in Pakistan as a tool to help small businesses go global. Addressing the signing ceremony of a memorandum of understanding (MoU) on the setting up of an e-platform in Pakistan by China’s largest e-commerce portal Alibaba, he said the initiative would help create jobs and generate livelihood in the country. The founder and executive chairman of Alibaba, Jack Ma, acknowledged that small craft factories were flourishing in Pakistan and mentioned the country’s world-famous products, particularly footballs and Himalayan pink salt.

Despite claiming a desire to ensure economic empowerment, the Bajwa-Nawaz will never allow Pakistan to achieve its true potential because it is what implements the colonialist policies limiting the transfer of technology. Jack Ma’s focus on salt and footballs is revealing. Intent on exploiting the world resources, colonialist powers want to keep Pakistan a state with poor industry, so that it is a source of raw materials and market for foreign goods. Without a substantial heavy industry, Pakistan is unable to fully benefit of resources by itself, devoid of heavy industry such as engine and jet engine manufacture, dependent on import of even simple agricultural machinery, provider of cheap light industry products for colonialist markets such as electric fans, surgical equipment, hand craft and sports goods, as well as making Pakistan’s population a huge market for colonialist products. Widespread unemployment, expensive goods, dependence on the colonialist powers for weapons technology, brain drain of brilliant sons and daughters to the colonialist lands are just a few symptoms of this deeply seated colonialist program. This colonialist policy is being implemented since the time of East India Company and is implemented today through democracy, which is just a rubber stamp for the colonialist policies of the World Bank and IMF, for the benefit of colonialist powers such as the United States and China.

Only the Khilafah will end the decades long neglect of heavy industry. In its Introduction to the Constitution, Hizb ut Tahrir has adopted Article 74, “Thus it is necessary that the State has factories for producing all types of atomic weapons, rockets, satellites, airplanes, tanks, mortars, naval ships, armored vehicles and all types of heavy and light weapons. It is necessary that the State has factories which produce machines, motors, materials, and electronics, and factories which have a relation with public property and light factories which have relation with the military or war industries.”

A top UN court, International Court of Justice, has ordered Pakistan not to execute a former Indian navy officer convicted on charges of spying until it has had time to hear a case brought by India. India has argued in the International Court of Justice that Pakistan violated international laws by not allowing it access to Kulbhushan Sudhir Jadhav. Sitting in The Hague, the court rejected Pakistan’s argument that it did not have jurisdiction over the case, and said it would hear the case and seek arguments from both sides. The ICJ was set up in 1945 to rule on disputes between nations in accordance with international law. The last time India and Pakistan took a dispute to the court was in 1999 when Islamabad protested against the downing of a Pakistani navy plane that killed 16 people. Interestingly, the UN court had then decided it was not competent to rule in the dispute and closed the case on the basis of the sacred International Law.

International Law’s first emergence was when the European countries called for forgetting wars and differences amongst themselves and instead fight the conquering armed forces of the Othmani Khilafah. It was indeed truthful when it was formed under the name “The League of Christian Nations”. The second phase was in the year 1919 following the end of the First World War when the Othmani Khilafah was defeated and the coalition armed forces entered Istanbul, expelling the last Khaleefah of the Muslims, after which it altered its name to “The League of the Nations”, to be accepted in the world, especially amongst Muslims. The third phase was in the year 1945 when America became the supervisor of its care and established it within the circle of its foreign policy, naming it the “The United Nations.”

The near and distant history witnesses the United Nations conspiracies against Muslims; the assault on Muslims in Eastern Turkistan and their extermination by China, and Western Turkistan by Russia, as well as what had occurred in Bosnia, Herzegovina, Afghanistan, Iraq, Myanmar (Burma), Syria and other Muslim Lands… was all under the watchful gaze of this organization! The UN has given rise to other organizations emanating from it, such as the Security Council which gave the colonialist states the right to revoke decisions that do not serve their policies and are inconsistent with their plans and objectives, under the name of “veto”. Or the International Court of Justice, which is used to prevent the Muslims recovering their occupied lands, or opposing their enemies or unifying their lands as one state. Or the United Nations Educational, Scientific and Cultural Organization (UNESCO) which has corrupted the education curricula in Muslim countries and imposed the suppression of Islam, under the name of education development, curriculum reform and modernization. Or the Food and Agriculture Organization of the United Nations, which made ​​Muslims plant cash crops that cannot be relied on for food, and granted control of the strategic crops, such as wheat and grain, to the hands of the West such that Muslim countries import from them.

It is high time that the Muslims ended the era of colonialist domination by re-establishing the Khilafah on the Method of the Prophethood. Hizb ut Tahrir has mentioned in its Draft Constitution of the Khilafah State, that, “The State is forbidden to belong to any organization which is based on something other than Islam or which applies non-Islamic rules. This includes international organizations like the United Nations, the International Court of Justice, the International Monetary Fund and the World Bank, and regional organizations like the Arab League”.