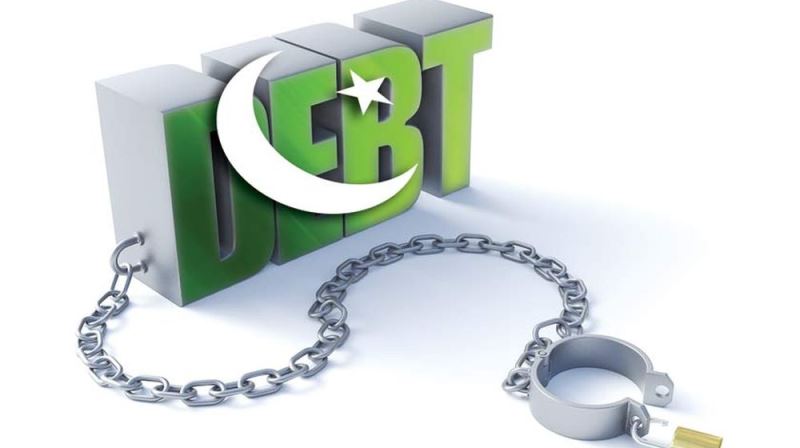 Without the Khilafah, the Liberation of Occupied Kashmir is not Possible

On 22nd September 2019, the AJK Prime Minister Raja Farooq Haider said that the people in Azad Kashmir were desperate to extend some sort of ‘solid’ support to their suffering brethren across the Line of Control (LoC). “Our brothers and sisters in Occupied Kashmir are in great distress… How can we have a peaceful sleep here when they are having sleepless nights there,” he remarked while speaking to a large gathering in Chakothi. “No power can stop the Kashmiris from breaking this ill-willed line,” he said of the LoC.

With the passing of every day, it is becoming clearer to the people of Pakistan and Azad Kashmir that the liberation of Occupied Kashmir is not possible until Pakistan extends full material support. The demand upon the rulers for immediate mobilization of the Muslim armed forces to liberate Occupied Kashmir from the Hindu oppression is getting stronger and stronger. Feeling the intensity of this demand, Imran Khan was forced to say that you (people) will not go towards the Line of Control until I ask you to do, while he was addressing a public gathering in Muzafarabad, the capital of Azad Kashmir, on 12th September 2019.

The political system of Pakistan is based on Kufr, which means that issues are not addressed on the basis of Quran and Sunnah, but instead by human desires and limited human reasoning. Without Islam to prevent them, rulers take the side of an oppressor, instead of the oppressed. Imran Khan acknowledged this fact when he said that world powers do not put pressure on India, because of their economic and trade interests. Therefore in a man-made system, whether democracy or military dictatorship, rulers will never mobilize the Muslim armed forces of Pakistan to liberate the Muslims of Occupied Kashmir from the oppression of the Hindu State. Therefore the establishment of Khilafah (Caliphate) on the Method of the Prophethood is not only an Islamic obligation, it is a clear requirement. In the Khilafah, a ruler does not rule on the basis of limited human reasoning and desires, but on the basis of the commands of Allah (swt). So the Khaleefah of the coming Khilafah will rule in the light of the command of Allah (swt), الَّذِينَ آمَنُواْ يُقَاتِلُونَ فِي سَبِيلِ اللّهِ وَالَّذِينَ كَفَرُواْ يُقَاتِلُونَ فِي سَبِيلِ الطَّاغُوتِ فَقَاتِلُواْ أَوْلِيَاء الشَّيْطَانِ إِنَّ كَيْدَ الشَّيْطَانِ كَانَ ضَعِيفًا “Those who have faith fight in the way of Allah, while those who disbelieve fight in the way of taghut (Satan).Fight, then, against the fellows of Satan. Surely Satan’s strategy is weak.” (Surah an-Nisa 4:76), will move the Muslim armed forces to liberate Occupied Kashmir. It is the duty of every Muslim in Pakistan that he works tirelessly for the re-establishment of Khilafah (Caliphate) on the Method of the Prophethood in Pakistan and call their relatives in armed forces to grant Nussrah for its re-establishment.

On 8 September 2019, the State Bank of Pakistan reported that government borrowing from banks jumped by 99 per cent within the week ending on 13 September. During that week, the government’s borrowings increased by Rs443.5 billion to Rs899bn. This is almost equal to the amount it borrowed, Rs455.8bn, in the period of 1 July to 6 September 2019.

In a capitalist system, states take interest based loans from banks or sell interest yielding treasury bonds to corporates when revenues from taxes are not enough to cover their expenses. In order to repay these loans, governments impose new taxes or raise the rate of already imposed taxes. The current regime of Pakistan came into power on the rhetoric of austerity, claiming that it will bring down government expenses and lower taxes, so the state can stand on its feet alone. After the passage of one year in office, the situation is that the budget deficit is at the highest level in the last forty years. This regime increased the total debt of Pakistan by ten trillion Rupees in just one year. The government which pushed the agenda of austerity today dropped the atom bombs of taxes on people, but still cannot cover its expenses. In the coming days, it will further impose taxes to return heavy interest based loans and honor treasury bonds.

In contrast to the capitalist economic system, the economic system of Islam ensures that the economy is not dependent on loans and interest is forbidden. The Islamic Khilafah State implements laws prescribed by Allah (swt) that generates enough revenues to cover state expenses, fulfilling the needs of the people as well. Public property yields, Zakah, Kharaj, Jizya, Fai, Khums and Hima are sources of revenues which enable the Khilafah state to meet its expenses, without taking interest based loans and oppressive across the board taxation. Only under specific conditions, for specific purposes, like Jihad, the Khaleefah can impose emergency taxation on wealthy people to take loans if the revenue in the state treasury is not enough. Allah (swt) said, وَلَوْ أَنَّهُمْ أَقَامُواْ التَّوْرَاةَ وَالإِنجِيلَ وَمَا أُنزِلَ إِلَيهِم مِّن رَّبِّهِمْ لأكَلُواْ مِن فَوْقِهِمْ وَمِن تَحْتِ أَرْجُلِهِم “Had the People of the Book observed the Torah and the Gospel, and all that had been revealed to them from their Lord, sustenance would have been showered over them from above and risen from beneath their feet.” [Surah Al-Maidah 5:66]

Current Regime Drowns in Debt because it Implements Kufr

The State Bank of Pakistan (SBP), in its monetary policy announced on 23 September, kept the policy rate unchanged at 13.25 per cent, pointing to stable inflation. “The Monetary Policy Committee (MPC) expected inflation to average 11-12pc in FY20,” said the SBP. However, at the same time, the MPC said that based on available information, the current stance of monetary policy was appropriate to bring inflation down to the target range of 5-7pc, over the next twenty-four months.

In the capitalist system, interest rate changes are used as a tool to control inflation. In Pakistan, after the steep devaluation of the Rupee, inflation become rampant and so in order to control it, the State Bank is increasing interest rate on IMF instruction. This is to ensure that more people put their money in banks to secure interest, rather than in investing in businesses. It is believed that this policy will limit the circulation of money in the markets. It will raise its value because of its scarcity, which will counter the inflationary effects of devaluation. However, this policy hurts businesses and production with unemployment increasing.

Islam rejects the capitalist economic system from its basis. In order to solve the problem of inflation from its root, Islam declared gold and silver as the basis of currency. They have their own intrinsic value and are not linked to any foreign currency. Therefore inflation does not occur because of fluctuations in the dollar or any other foreign currency. Allah (swt) declared gold and silver as the basis of currency in an economy. Allah (swt) said وَالَّذِينَ يَكْنِزُونَ الذَّهَبَ وَالْفِضَّةَ وَلاَ يُنفِقُونَهَا فِي سَبِيلِ اللّهِ فَبَشِّرْهُم بِعَذَابٍ أَلِيمٍ “And there are those who amass gold and silver and do not spend it in the Way of Allah. Announce to them the tidings of a painful chastisement.” (Surah at-Tawbah 9:34). This and other ayaat, as well as ahadeeth, establish the use of gold and silver as currency. Prices can only remain stable when the currency is based on gold and silver. That was the only reason that prices remained stable for more than thousand years under the Khilafah. Insha Allah the coming Khilafah will eliminate the evils of capitalism by the implementation of Islamic economic system.