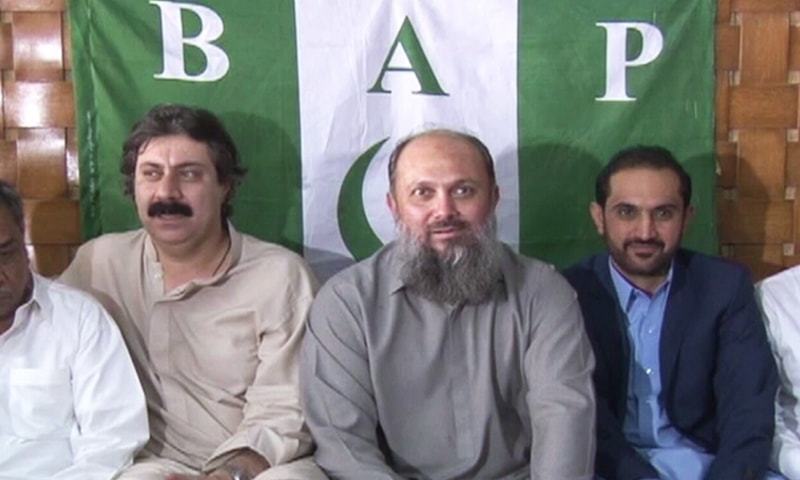 The Indian Ministry of External Affairs (MEA) summoned the Pakistani acting high commissioner in New Delhi to protest what it called an “unprovoked act of aggression by Pakistan against India.” In a demarche issued to the Pakistani envoy, it was alleged that the Pakistan Air Force on 27 February 2019 violated the Indian air space and targeted Indian military posts. India is not one to accuse others of provocation and aggression. India’s act of aggression did not begin with its violation of Balakot. It began with its occupation of Kashmir. It continued with its slaughter of tens of thousands, as well as raping, injuring and blinding with pellets. All talk of reciprocity, limited retaliation and restraint must be buried for Islam demands much more than that, which is the full mobilization of Pakistan’s armed forces for liberation of the long suffering Muslims of Occupied Kashmir. Allah (swt) said, وَإِنِ اسْتَنصَرُوكُمْ فِي الدِّينِ فَعَلَيْكُمُ النَّصْرُ “And if they seek help of you for the religion, then you must help.” [Surah al-Anfaal 8:72]. The current rulers will never do so as they do not take their commands from the Quran and the Sunnah. They take guidance and cues from their American masters, who deny Allah (swt) and His Messenger ﷺ and fight Muslims and their Deen. It is upon the Muslims to restore their shield, the Khilafah, which was destroyed on 3 March 1924, so that they can again fight wars of liberation and open new lands to Islam.

Imran Khan Calls for Peace and Dialogue, Whilst India Maintains Hostility Against Pakistan and Occupied Kashmir

Prime Minister Imran Khan on 27 February 2019 addressed the nation and decision makers in neighbouring India to reiterate his message of peace and offer for dialogue. The address came after Pakistan Air Force (PAF) successfully targeted non-military targets across the Line of Control (LoC) earlier in the day to demonstrate Pakistan’s aggressive capabilities, and shot down two Indian Air Force jets after they crossed the LoC.

There is no doubt in the capability of our armed forces but Pakistan’s leadership has let them down due to its complete submission to American plan in the region. The US wants the butcher of Muslims, Modi, to use intrusion tactics to win elections. The US needs its agent, Modi, to advance the American plan of countering China and Muslims. The US plan is for Pakistan is to normalize relations with US’s firm ally, India, freeing India of any challenge from one of the most powerful states in the Muslim World, Pakistan. The US normalization plan is a plan of disgrace and weakness in front of aggressor to give India a free hand to pursue its regional mischief, whether it is in Kashmir, Afghanistan, Pakistan or Bangladesh.

Imran’s stance is in complete contradiction to Islam. Occupied Kashmir is occupied Muslim Land and the duty is its liberation. Peace and normalization with an occupying force is not allowed. Reject the rulers’ clasping at treaties, deals and alliances with enemies that despise our Deen, fight Muslims and aids others in doing so. Allah (swt) said,إِنَّمَا يَنْهَاكُمْ اللَّهُ عَنْ الَّذِينَ قَاتَلُوكُمْ فِي الدِّينِ وَأَخْرَجُوكُمْ مِنْ دِيَارِكُمْ وَظَاهَرُوا عَلَى إِخْرَاجِكُمْ أَنْ تَوَلَّوْهُمْ وَمَنْ يَتَوَلَّهُمْ فَأُوْلَئِكَ هُمْ الظَّالِمُونَ “Allah forbids your alliance with those who fight you because of your Deen, and drive you from your homelands, or aid others to do so: and as for those who turn to them in alliance, they are truly oppressors.” [Surah al-Mumtahina 60:9]

Baluchistan Chief Minister Jam Kamal Khan Alyani has said that people still face the lack of basic facilities in the province. Speaking at a pre-budget consultation workshop here on Monday 25th February 2019, he said various areas were facing lack of schools, roads, hospitals and other basic facilities. Baluchistan is the largest province in terms of land area of Pakistan. But it is the smallest province of Pakistan in terms of population. Its population is just over 12 million people as compared to the total population of Pakistan which is more than 212 million people. In terms of natural resources it is the richest province of Pakistan.  Over $1 trillion US dollars’ worth of natural resources have been discovered in Baluchistan including, gold, copper, marble, oil, valuable stones, coal, chromite and natural gas. However, it is the least developed part of Pakistan. The main reason projected behind this situation is that it has vast territory but very few people. But actually the real culprit is democracy.

Democracy does not weigh right or wrong, it only weighs numbers. In Democracy, the advocates of Democracy do not need the votes of the people of Baluchistan to come in power, as its population is less than six percent of the total population of Pakistan. So in Democracy, its people are neglected. However, its natural resources are most sought over as it has abundant mineral and energy wealth. Unfortunately, in democracy even these huge natural resources do not change the fate of the people of Baluchistan or Pakistan. It fills the pockets of the few, through the multinational companies and cronies of the rulers. Democracy give the power of legislation to the rulers so they funnel this wealth to multinational or their supporters.

This abysmal situation can only be changed once the Khilafah (Caliphate) on the Method of Prophethood is established in Pakistan. The Khilafah implements Islam and so no ruler can make laws or take laws from other than Islam. Islam commands the ruler to ensure the fulfillment of basic needs; food, clothing and shelter, of all the individuals, whether they live in big cities or in small remote areas. Islam commands the ruler to provide all basic needs which a society needs collectively such as schooling, health care and transportation. If a ruler fails to provide these basic amenities, even to a very small portion of a population, he will be accounted severely. Democracy does not compel the state and its rulers to take care of all of its people. Whereas in the Khilafah, Islam ensures that all people are given their due right no matter where they live. RasulAllah ﷺ said, «الإِمَامُ رَاعٍ وَهُوَ مَسْئُولٌ عَنْ رَعِيَّتِهِ» “The Imam is a guardian and is responsible for his charge.” [Bukhari]