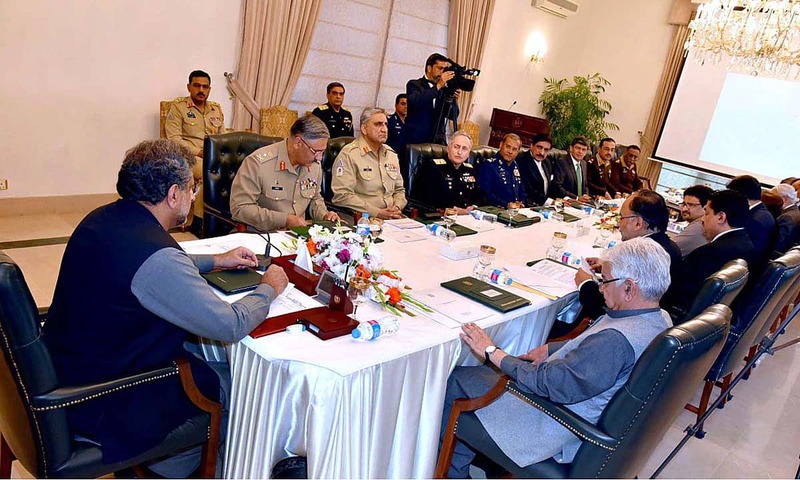 * The UN Secures the Interests of Capitalist States and will Never Help to Liberate Occupied Kashmir
* Corruption in Democracy is a Problem of System, not Individuals
* Emerging From Crisis Demands Foreign Policy in Conformity to the Quran and Sunnah

On 25 February 2018, Azad Jammu and Kashmir (AJK) President Sardar Masood Khan called for greater support from the international community in controlling the recent surge in resistance in Occupied Kashmir. He further said that the United Nations Security Council (UNSC) should intercede to take full cognisance of the situation in India-held Kashmir and “stop massacres, killings, and illegal detentions”.

It has been a norm since the creation of Pakistan that rulers call upon the international community to resolve the issue of Kashmir. We could have solved this matter by liberating Occupied Kashmir from Indian occupation, through waging Jihad as we did to liberate the part of Kashmir which we can now call Azad (Free) Jammu and Kashmir. However, since India took this matter to the United Nations and the rulers accepted the dominance of the UN and the international community we have not seen a single step towards its liberation and annexation with Pakistan. It is clear now that Kashmir cannot be liberated by the UN or International community. It has been seen that the UN only intervenes in favour of the Kuffar interests, as is seen in the separation of East Timor in Indonesia, South Sudan in Sudan and many more. Yet, ignoring these clear indications, the rulers insist that the UN must intervene.

Occupied Kashmir will only be liberated by a Muslim army led by a Khaleefah Rashid because the Khilafah state does not give any regard to the so-called international community. The Khilafah (Caliphate) on the Method of the Prophethood will liberate all occupied lands, following the command of Allah (swt),

“Fight in the Path of Allah and know that Allah is All-Hearing, All-Knowing.” [Surah Al-Baqarah 2:244]

Corruption in Democracy is a Problem of System, not Individuals

Railways Minister Khawaja Saad Rafique has sent a defamation notice of Rs5 billion to Pakistan Tehreek-i-Insaf (PTI) leader Fawad Chaudhry for allegedly leveling false allegations of corruption against him, as reported by Dawn dated 25th February, 2017. Earlier, Fawad Chaudhry had alleged that Saad Rafique was the owner of Paragon Housing Society and further claimed that the minister for railways was a member of the land mafia, “who had deprived common people of their property”.

These allegations of corruption and being mafia amongst the political elites are not new. Only last week, the National Accountability Bureau (NAB) served notice to the PTI Punjab chapter president, Abdul Aleem Khan, for alleged ownership of offshore companies. And earlier Nawaz Sharif (PML-N) and Jahangir Tareen (PTI) have been disqualified by the Supreme Court on similar allegations related to corruption. Far from being a problem of individuals, corruption is integral to democracy and produced by democracy itself. It is the fundamental principle of deciding what is allowed and prohibited by the elected representative in democracy, that gives rise to corruption. It has made parliament an attraction for powerful interest groups who either veiled themselves as politicians or have won the loyalty of politicians through bribes and kickbacks. Corruption in democracy is so rampant that those advocates of Democracy who launched movements to end corruption are themselves now facing corruption charges and disqualifications.

Wherever there is democracy, there is corruption and concentration of the wealth in the hands of the few who exert influence over legislation, whether in Pakistan or elsewhere. On 16 January 2017 Oxfam International confirmed that eight men own the same wealth as the 3.6 billion people who make up the poorest half of humanity. In democracy, through lobbying, campaign financing and creating exemptions, the rich exert their power over how the rest of society is governed, whilst securing fortunes. According to a BBC report of 17 April 2014, Princeton University Prof Martin Gilens and Northwestern University Prof Benjamin I Page concluded in their paper on democracy that, “Multivariate analysis indicates that economic elites and organized groups representing business interests have substantial independent impacts on US government policy, while average citizens and mass-based interest groups have little or no independent influence.” Indeed, law making in democracy has allowed political elites to legislate for their own personal interests, at the cost of the welfare of the common man.

Only the ruling system of Islam can free society of the menace of corruption because Islam has prohibited individuals to decide what is allowed and what is prohibited, for it is left to Allah (swt) alone as to what is Halal and Haram. Allah (swt) said, ﴾إِنِ الْحُكْمُ إِلاَّ لِلّهِ أَمَرَ أَلاَّ تَعْبُدُواْ إِلاَّ إِيَّاهُ﴿“Indeed the rule is for none but Allah, He orders that you do not worship any but Him.” [Surah Yusuf 12: 40]. Therefore, In the Khilafah state, the Khalifah of the Muslims implements laws that are derived from Quran and the Sunnah, rather than from the whims and desires of humans. Similarly, the body of elected representatives of the people, the Majlis ul-Ummah, in the Khilafah State is not a legislative body. Thus the Khilafah (Caliphate) on the Method of the Prophethood does not become the means to ensure corruption in society, in contrast to democracy.

The National Security Committee (NSC) on 28 February 2018 endorsed ‘recalibration of foreign policy’ for making it more regionally focused and said the fight against terrorism would be dictated by national interests. The committee, which is the highest civil-military coordination forum, agreed to launch new initiatives to enhance economic partnerships with ‘friendly countries in the region and beyond’ for win-win cooperation. It was decided at the NSC meeting that the counter-terrorism and counter-extremism actions would continue. “Our policies will continue to be formulated and implemented in light of our national interests,” it added.

Pakistan is in the foreign policy mess it is in now because of the deviation from the Quran and Sunnah of the rulers. They have been marching back and forth, holding meetings and issuing declarations, whilst the Muslims are furious at what alliance with the US has cost them in terms of loss to life, property and dignity. For Muslims, Islam decides who is a friend and who is an enemy. It alone secures the interests of Muslims and ensures that Islam is dominant over all other way of life. It prohibits alliances with the hostile states and demands unification of the Muslim states, for the Muslim are one brotherhood.

Accordingly, the Khaleefah will treat hostile non-Muslim states on a war stance. These are nations who have occupied Muslim Land or other acts of similar aggression. The Khilafah will focus the resources of the Ummah upon liberating occupied Islamic Lands, such as Kashmir and Palestine. It will also diminish the threat from the hostile states by ending the presence of all their bases, embassies and personnel within Muslim Lands. It will sever all political and military contact with hostile states, who use such contact to order and forbid their agents within the military and political leadership and fish for new ones. As in the past, the Khilafah will not compromise on this matter, even if it would take decades to achieve, such as the liberation of Masjid Al-Aqsa from the crusaders.

And, the Khaleefah will establish relations with non-hostile non-Muslim states for the purpose of carrying the call to Islam to the entire world, as the Khilafah had done so for over a millennium. The purpose of this Ummah, the Ummah of the Final Messenger to humankind, RasulAllah (saw) is to carry the Divine Message of Islam to the entire world. Throughout the ages of the Khilafah, it was a beacon of light and guidance to all of humankind. It set standards for ruling, justice, prosperity, knowledge and security for over a millennium. It continuously sought the spread of Islam, removing the injustice of man-made rule over peoples. Its armed forces were welcomed by the people for they were not colonialist marauders that looted and pillaged, but were the righteous Mujahideen who sought to make the word of Allah (swt) as the highest. In time, the people embraced Islam in hordes from seeing practically Islam implemented over them, as did our forefathers in the initial opening of these lands to Islam. Thus the Khilafah will seek out states amenable to accepting Islam, forging relations with them, involving commercial, good neighboring and cultural ties. It will use these relations to expose before them the injustice of capitalism and the oppression and exploitation it has caused around the world. It will present Islam in a vivid and practical manner, as well as inviting their citizens to remain in the Khilafah and experience the blessings of Islam. All of this is a prelude to invitation to the society to enter the Khilafah or Jihad to remove the physical obstacle that prevents the opening of the land to Islam.