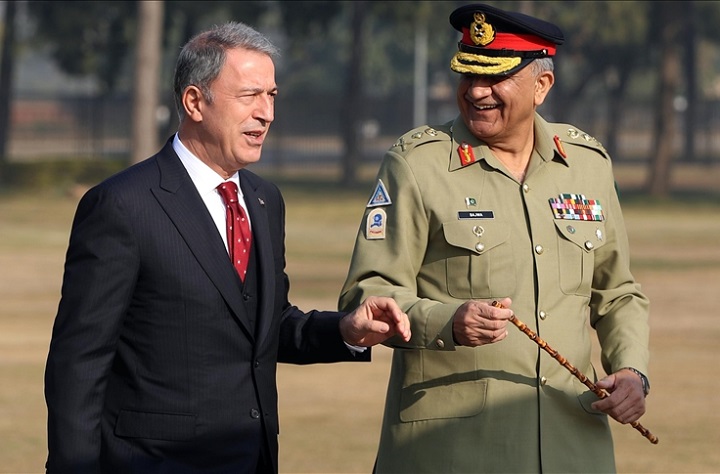 An Afghanistan with a nominal, contested government unable to control its territory cannot mount the argument about sovereignty. Until such a government emerges in that country, Pakistan will have to defend itself, even if it means striking targets inside Afghanistan. https://www.thefridaytimes.com/pakistan-needs-a-proactive-afghanistan-policy/

Comment:
After lofty statements from Imran-Bajwa regime that, “Don’t expect Pakistan to host US Military Bases” “Pakistan will Absolutely Not Allow Military Bases to US”, we suddenly find a fine line i.e. Pakistan will have to defend itself, even if it means striking targets inside Afghanistan.

This statement will give us the flavor why the most trusted agents of US in the region is reluctant to give bases to US. In-reality after 20 odd years when US after a humiliating defeat fighting longest war in the US history, US finally decided to give Afghanistan back to Pakistan as it was being managed by Pakistan prior 2001. Now the regime is trying hard to defend Kabul as long as they could and will led the strikes for US in the guise of false flag attacks like in Recent months have seen heightened ‘terrorist’ activity in the tribal districts of KPK and in Balochistan and increasing LEA casualties.

As Turkey is ready to support US and will help Pakistan, the recent visit of Gen-Bajwa to Ankara was the very part of this plan. According to a statement by Pakistan’s military, Turkish National Defense Minister, Hulusi Akar, met with Gen. Qamar Javed Bajwa and discussed matters of mutual interests, regional security situation, including latest developments in Afghanistan, and bilateral security and defense cooperation. Turkish military has a long experience of operating in northern Syria, Iraq and Libya. Pakistan will draw on that experience and also get Turkish drones that are battle-tested in Syria, Libya and also the Azerbaijan-Armenia war last year.

After US evacuated Afghanistan in chaos, Imran-Bajwa regime is preparing to serve American interest by executing a proactive policy and will not hesitate to strike with in Afghanistan and spill the scared blood of our Muslim brotherhood. As we all know, US is not wrapping up from this region; it will stay here and dominate Eurasia. The US still have bases in Japan. Qatar still uses Airline communication and ground line communication in Pakistan despite the so called big no to their master.

This time, the incentive from Master of Imran-Bajwa regime is economics by doing so the US wants Pakistan to pave the way for economic route from India-Pakistan-Afghanistan and Central Asia. In process, Pakistan will have to completely surrender Kashmir as this regime has almost surrendered. With economic route, Pakistan’s economy will not stand to India’s huge economy as we have witnessed with case of Pak-China trade. The US is using Pakistan to counter China and to achieve its objectives and it did not exaggerat to say that Pakistan with its immense strength can again single handedly do it for the sake of the US.

If we are doing all this by using our own power and reach to serve the US and its vested interest, then why can’t we do it for our own interest, but this will not happen until the sincere Muslim leadership establish the Khilafah (Caliphate). Only the Khilafah will use its power to achieve this corridor without India and the US and secure food, economic and defense in one go.