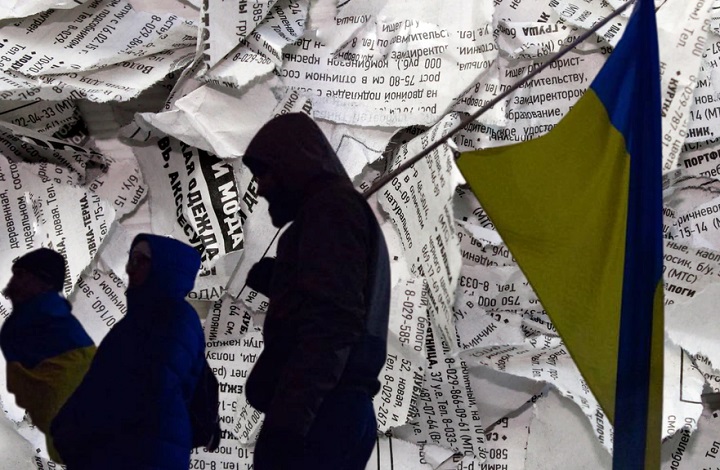 The war in Ukraine has pitted the West against its long term adversary – Russia. The media, officials and supporters of both Russia and the West, have gone into full swing to win the hearts and minds of the world. The propaganda war in many ways is more important than the actual war on the ground as it affects perceptions and attracts support to one’s cause. Due to this, it is important in the days and weeks ahead, as Muslims, to take a clear position and steer clear of binary, black and white positions.

Russia’s narrative is that, since the collapse of the Soviet Union in 1991, Russia has been suffering from a catastrophe and has been humiliated. Since the collapse of the Soviet Union, the West via NATO and the EU has expanded right up to Russia’s borders. When the Soviet Union did something similar and expanded to Cuba in 1962, the US was prepared to go to a nuclear war, so today how can Russia watch the West expand up to its borders? Russia has been forced to respond and it invaded Ukraine for this purpose to send a message to the West that enough is enough.

When we look at both narratives, there are many holes and issues with them.

This war will likely be forever known for exposing the hypocrisy and blatant double standards of the West. The West is screaming international law against Russia but this was thrown aside when it came to Iraq or when the Zionist entity expands and massacres Muslims. The West shouts about the rules-based order, but it was Bush and Blair who trampled all over it and threw it into the dustbin of history. The West talks about defending the rights and freedoms of the people of Ukraine, but two decades after ‘liberating’ the Iraqi and Afghan people, their lives are worse today than before being ‘liberated.’

The Champions League final has been moved from Russia and the British foreign minister has stated on record she absolutely supports British people going to fight in Ukraine. The EU is having meetings on how best to cater for Ukrainian refugees who have fled the country as Russia invades. The Formula 1 Grand Prix took place recently in Saudi Arabia even though the country has been carrying out massacres in Yemen. Many Muslims in Britain are still in prison for supporting their brothers and sisters in Syria against the brutal regime of Bashar al-Assad. And it is very clear now that fleeing civilians from Ukraine are not the same as fleeing Muslims from war torn countries.

This inconsistency is because national interests rather than any fixed moral standard is how the West determines a just war and right and wrong.

Some see Russia standing up to the US and may think the enemy of my enemy is my friend. As Muslims, we should keep in mind that the Crimea and parts of Southern Ukraine were historically Muslim land. The Ottomans expanded into the Black Sea and supported the Tatar Muslims who spread Islam into Russia and the Caucasus. It was due to this that the Russians have always been at war with Muslims. From Ivan the Terrible to Stalin, Russian rulers have carried out regular massacres against Muslims. Vladimir Putin in Chechnya and recently in Syria also has Muslim blood on his hands; he is no friend of the Muslims and has a similar track record to the British and US with Muslims; they all have Muslim blood on their hands.

Whilst both Russia and the West push their propaganda, the situation in both regions tell a very different story. The West is trying to portray that it is defending Human Rights and national sovereignty and Russia is trying to show that it is a power to be reckoned with. Confidence in democracy, capitalism and the credibility of the West are at rock bottom. The inequality, corruption and government representing the 1% has led to confidence in the political class reaching an all-time low. In Russia the ruling class have to use brute force to maintain their grip on power.

Our message as Muslims needs to be that the Russian leadership and Western leadership have failed their people and therefore have no right to proclaim they can lead others. The West can no longer be a model for the Muslim world and we need to take our destiny into our own hands and be a shining beacon that can provide an alternative world order for all under the leadership of the Khilafah (Caliphate) State.