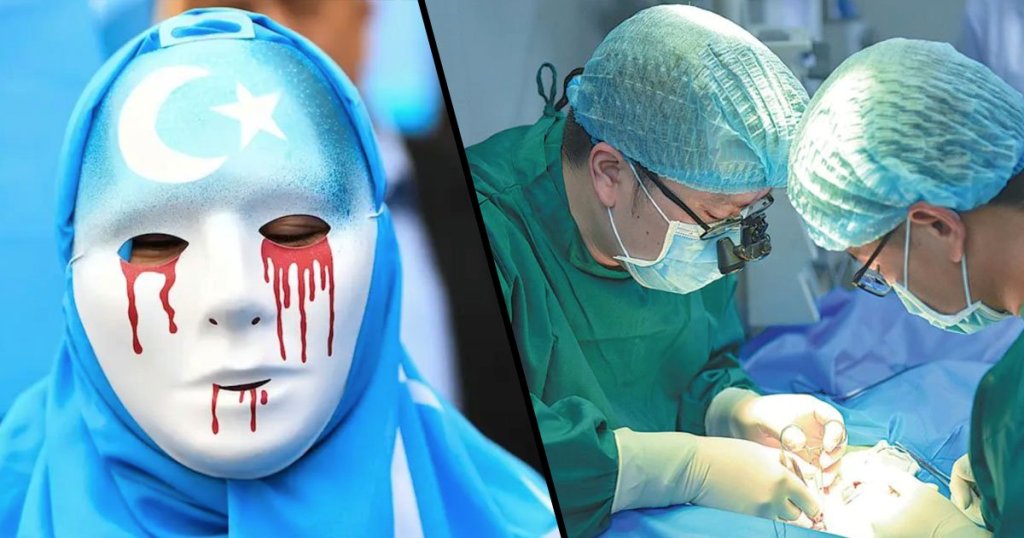 UN Human Rights Council in Geneva on Tuesday, lawyer Hamid Sabi presented the findings of the China Tribunal, an independent tribunal on allegations of forced organ harvesting. It concluded that there was clear evidence China had been extracting organs from, and thereby killing, [including Uighur Muslims] and members of the Falun Gong spiritual group for at least 20 years, and that the practice was ongoing today.

Detainees were “killed to order… cut open while still alive for their kidneys, livers, hearts, lungs, cornea and skin to be removed and turned into commodities for sale”, the tribunal’s final judgement said.

Mr Sabi told the council that UN member states have a “legal obligation” to act after the tribunal’s final report in June found that “the commission of crimes against humanity against the Falun Gong and Uighur [minorities] had been proved beyond reasonable doubt”. (The Independent)

What a paradox! The Chinese regime – the criminal vile communist regime despises the Muslim population in its land; taking matters into their hands to attempt  a full genocide of its Uighyr  population, placing the men in detention camps to brainwash them with communist secular ideas, banning any forms of Islamic identity, yet the regime is committing an ultimate evil –finding it acceptable to harvest living organs from living people – a Muslim people!

The mortification of this criminal nature. They find it acceptable to breathe and live with Muslim organs and see with their eyes yet refuse their living bodies in their country. The hell on earth continues for these innocents, may Allah (swt) ease their anguish.

We have come across several bleak pages in history of extermination of peoples and their civilizations…the US in its annihilation of the Native Americans, vile Frankenstein-like experiments on the indigenous people of South America and other parts of the world, and the use of chemical and atomic bombs on innocents.

Then we have the mute devils in the form of our rulers over the Muslim lands. For example, the latest being this news, “Recep Tayyip Erdogan, welcomed big Chinese investments for his beleaguered economy. He gushed about China’s sovereignty. But Mr. Erdogan, who has stridently promoted Islamic values in his overwhelmingly Muslim country, was largely silent on the incarceration of more than one million Turkic Muslims in China’s western region of Xinjiang, and the forced assimilation of millions more. It was an about-face from a decade ago, when he said the Uighurs there suffered from, “simply put, genocide” at the hands of the Chinese government.” (New York Times)

The Uighyr population and other populations continue suffer the worst kinds of torture and the criminal Chinese government is able to do so with more impudence. When there is no force to take heed of from the Muslim lands and rulers then they shall continue to carry out vile experiments and inhumane actions against them.  As if boosting their economies is a plausible excuse to remain silent over this atrocity. We not only have Erdogan but Salman and Khan, the list goes on. This will serve as their banner of disgrace and torment on the days of no return.

Ibn Umar reported: The Messenger of Allah ﷺ said, «إِذَا جَمَعَ اللَّهُ الأَوَّلِينَ وَالآخِرِينَ يَوْمَ الْقِيَامَةِ يُرْفَعُ لِكُلِّ غَادِرٍ لِوَاءٌ فَقِيلَ هَذِهِ غَدْرَةُ فُلاَنِ بْنِ فُلاَنٍ» “When Allah gathers together the earlier and later generations on the Day of Resurrection, he will raise a banner for every treacherous person. It will be announced that this is the treachery of this person, the son of this person.” [Ṣaḥiḥ al-Bukhari 5823, Ṣaḥiḥ Muslim 1735]

With the mercy of Islam only will the realization of human dignity and the safeguard and preservation of the human being be achieved fully. Muslims and non-Muslims will rejoice at the day when Islam will be implemented throughout their lands, raising their status and stamping out the hell on earth.