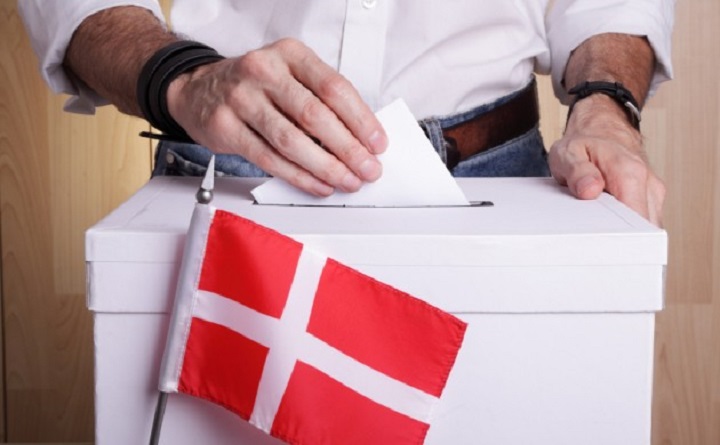 O Muslims: You Will Not have any Weight or Influence in the Political Life Except on the Basis of Islam

Elections for municipal councils take place this month, electoral campaigns are at its most intense. The debate on elections is revolving among Muslims as well, and some municipalities has launched some initiatives to urge Muslims to participate in the elections. For example, the Aarhus Municipality held a directed campaign on democratic education, in the form of a training course, in order to raise the rate of participation in elections among foreigners from non-European origins.

Dear Muslims: As is the case in all of our issues in life, it is very important on this issue as well, that we are committed to what the provisions of Islam say and not anything else, and cannot discuss the issue of participation in the elections on the basis that we are a minority seeking to be recognized by the community, but on the contrary, we must deal with it as a Muslim group, whose responsibility is to preserve its Islamic identity and protect itself from false Western ideas.

Dear Muslims: The condition of participation in the elections in Islam is simple and clear: It is permissible only to vote for someone to execute work that is not forbidden in Islam. Allah Almighty says:

The truth about the elections in the secular regimes is that they give politicians power to implement provisions that conflict with Islam.

Although the municipal councils are not legislative powers, there is a fundamental problem to participate in political work in the municipalities in these systems for us Muslims, who believe that Allah’s law is above any legislation or law in man-made law.

Municipal councils in the Danish cities are in fact administrative authorities that enjoy some autonomy, and its work is not confined in administrative matters. They are part of a Kafir secular regime, and this is haram for a Muslim to participate in it by himself or by electing his representative to work in it. The members of the municipal councils are the ones who nominate mayors, and they are partners with them in responsibility for their policies and their actions.

On the other hand, these councils are implementing laws and political plans directed against Muslims in the country, which are enacted in Parliament, for example, the war on Islamic values ​​under the guise of the so-called “social control”.

Also, the municipality councils have many of the tasks that are contrary to the rulings of Islam, including, but not limited to, approval of budgets, where usury is the basis in those budgets, in addition to usury contracts, which is one of the major sins in Islam, as well as gay marriage contracts, issuing liquor licenses, control of casinos and other acts that are inconsistent with the provisions of Islam. There is no doubt that the vote for the person who performs forbidden acts is forbidden, as giving a vote to a person or party is a delegation to that person or party to do the work. And since it cannot be ensured that the work is not contradictory to Islam, it is not allowed to give a mandate for anyone to do it.

O Muslims: We must note here that giving support for any secular party is forbidden in Islam, Secularism is absolutely inconsistent with Islam in origins and in the branches, and to support these parties is to assist in the propagation and application of the ideas of Kufr. All the parties that run in the elections in Denmark, are secular parties. When one elects a member of one of these parties, he is giving a vote to the party, as a member of any party is committed to decisions taken by the leadership of that the party, and he agrees with the program of that party.

The choices before the Muslims in this country, confined to the secular candidates and parties, and these parties are the same that do not cease attacking Islam and its principles. They are attacking the veil and considers it a sign of women oppression, and they make the view of Islam in parenting a problem, and other issues.

Dear Muslims: You believe in the laws of Allah, while Western nations, including the Danish people are increasingly losing their trust in the democratic system, and this is demonstrated by the various research that shows the Danes losing their trust in their politicians and democracy in general, so do not embark on a submerged boat, but ask yourself: What is our responsibility that must be delivered to the community around us? Is it a declaration of trust in secularism or withholding it from it?

So, do not be a lifeline for a system lurching towards sinking, in addition to being a system that conflicts radically with what you believe, but rather fights your beliefs, day and night. You are the ones who carry Islam and its correct view of life and its provisions that were prescribed by your Lord, you are bound to the call to Islam and its system, not the call to engage in other false systems and ideas!

Dear Muslims: Instead of running behind the candidates and secular parties, we must be one body away from them in order to protect the identity of Muslims, by adhering to Islamic principles which alone serve the true interests of the Muslims, rather than putting our faith in the secular political systems. We are supposed to work to gain confidence that the Islamic system is the alternative, and offer the message of Islam to Western societies, which suffer badly because of these secular systems, which are the cause of the social, economic and political problems.

Dear Muslim Brothers and Sisters: The greatest benefit in this life of this world and in the Hereafter is the complete servitude to our Creator, the Mighty and Sublime, Allah Almighty. Therefore, we in Hizb ut Tahrir, truthfully and sincerely invite you to stay away from secular democracy, which contradicts your Islam, and to work with us politically and intellectually to call to Islam in its totality, and together to protect our Islamic identity by participating in working with us to return the system of Islam and resume the Islamic way of life in Muslims countries and then spread the goodness to the whole world.