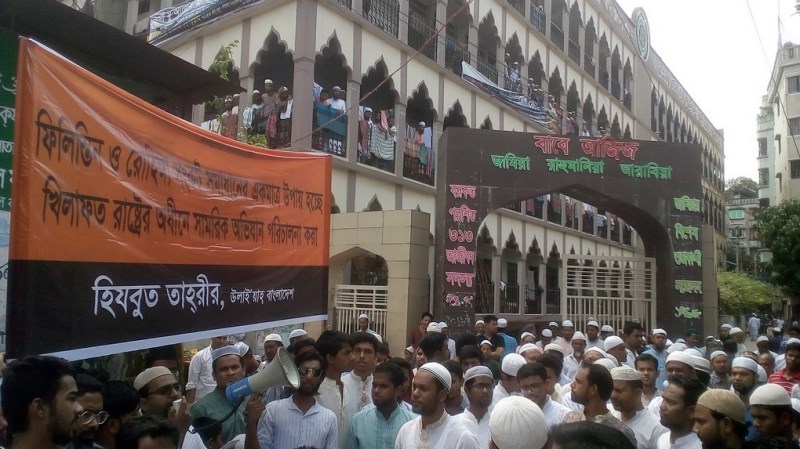 Hizb ut Tahrir in Wilayah Bangladesh organized Jummah Bayan (Speech to people) outside mosques all over Dhaka city, after Jummah Prayers today (25/05/2018), to address on the plights of the people of the Blessed Land (Palestine) and the Rohingya Muslims, and the solution towards them. Members of the party delivered the speeches and made the following points:

–   Speakers strongly condemned and expressed the anger against the Jewish entity’s atrocities when they murdered at least 60 from the people of the Blessed Land (Palestine) including an 8-month old baby girl and wounded more than 2700 others by brutal firing and burning when the mass protests were going along the Gaza and Jewish entity’s border on 14th May, 2018.

–   Strongly condemned against the formal recognition of Al-Quds (Jerusalem) as the capital of Jewish entity by Crusader America.

–   Speakers accused rulers of Arab and Muslim world, because of their treachery ruler like Trump dared to play with the sentiments of the Muslims regarding the blessed land of Al-Quds, and just to ridicule and humiliate the Muslims further, America has officially moved her embassy from Tel Aviv to Al-Quds on the very same day (14th May, 2018) when this brutal killing was happening.

–   Speakers pointed out the Council of Foreign Ministers of OIC conference (held in Dhaka on 5th-6thMay, 2018) declaration and the emphasis on freedom for Al-Quds and deep concern for the systematic brutality on the Rohingya and labelled this declaration as nothing more than useless lip service, because the Muslim rulers shamelessly declared to follow UN Resolution to solve (!) issues of the Palestine and Rohingya, whereas UN is an institution of the Imperialist.

The speakers said: For the last 70 years, the role of the rulers of the Arab world has been marked by betrayal and conspiracy against the people of the Blessed Land (Palestine) were to protect the illegitimate son of their western masters, and this cold-blooded treachery continues to this day. Other than crying fake tears of grief and delivering empty rhetoric, all the powerful Muslim countries literally do nothing against this Jewish entity. After the massacre, the only reaction we received from the ruler one of the most powerful militaries of the world, Turkey’s Erdogan was deceptive rhetoric – he labeled “Israel” as a “Terrorist State”, expelled the Jewish entity’s ambassador for ‘some time’, and said that the criminal Netaniyahu’s hand is stained with Muslim blood! When his could easily crush the Jewish entity within a few hours with his mighty land and air forces, there was no declaration from him to stop the criminal Jewish entity from using Turkey’s port for their oil import! Nor will he ever declare the cancellation of the multi-million dollar energy deal with the Jewish entity! Not to mention that Turkey is the Jewish entity’s 8th largest trading partner! Let alone release his military to liberate Al-Quds. Indeed, the hypocrite rulers of Muslim lands have chosen the disbelievers as their friend.

The speakers also said: O Sincere Officers of Bangladesh Army! You cannot remain silent in the face of such horrendous atrocity and arrogance of the cursed Jewish entity in the Blessed Land (Palestine) and the Buddhists in Myanmar. As the leaders of the Muslim world, especially of the Arabs and Turkey, abandoned their obligation to liberate Al-Quds and Arakan, now the duty falls upon you to free your hand from this traitorous regime, another inferior client of the colonial West, to wage Jihad against the Jewish entity and the Buddhist terrorist state Myanmar. Do not ever think for a moment that the problem of Palestine is an ‘Arab problem’ and problem of Arakan is `Rohingya problem’, it is the problem of the whole Muslim Ummah in which you play the vital role as the people of power. We remind you the saying of our beloved Prophet ﷺ, «مَثَلُ الْمُؤْمِنِينَ فِي تَوَادِّهِمْ وَتَرَاحُمِهِمْ وَتَعَاطُفِهِمْ مَثَلُ الْجَسَدِ إِذَا اشْتَكَى مِنْهُ عُضْوٌ تَدَاعَى لَهُ سَائِرُ الْجَسَدِ بِالسَّهَرِ وَالْحُمَّى» “The Muslim Ummah is like one body, when one of its parts is sick, the whole body will feel the pain and fever” [Narrated by Muslim]. Al-Quds belongs to the Muslim Ummah and was opened by the second Khalifah (Caliph) Umar ibn al-Khattab (ra). When it was later captured by the Crusader Christians, the bold leadership of your true ancestor General Salahudeen Ayyubi (r) had liberated it from the Christian Kuffar. Now it is your turn to play the role of today’s Salahudeen and once again liberate the occupied Al-Quds. O Officers! The blood of Salahuddin runs warm in your veins. General Salahudeen crushed all the forces capable of defending the Crusaders establishment in the Near East in the year in 27th of Rajab 583 AH (02-10-1187), and then came Shaaban and Ramadan after the ruling by Islam was absent for about ninety years. O Courageous Officers! Take vow a like Salahuddin as you have also made into another Ramadan. We know you are yearning for Jihad in the way of Allah to free Masjid Al-Aqsa. So give material support (Nusrah) to Hizb ut Tahrir to establish the second Khilafah Rashidah (Rightly-Guided Caliphate). Because, Hizb ut Tahrir has the courage and determination to mobilize you towards Al-Quds and Arakan to save your brothers and sisters in need. Allah (swt) says, 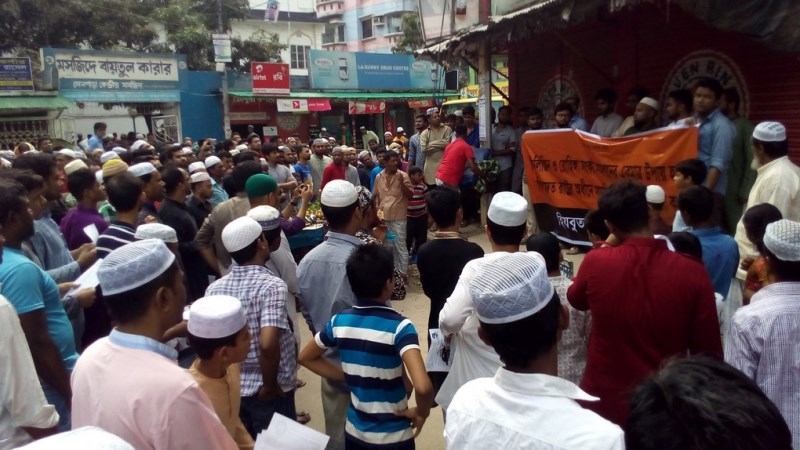 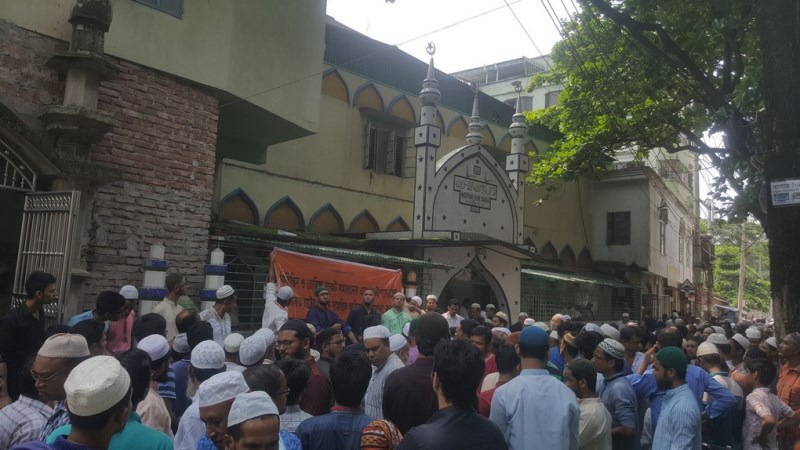