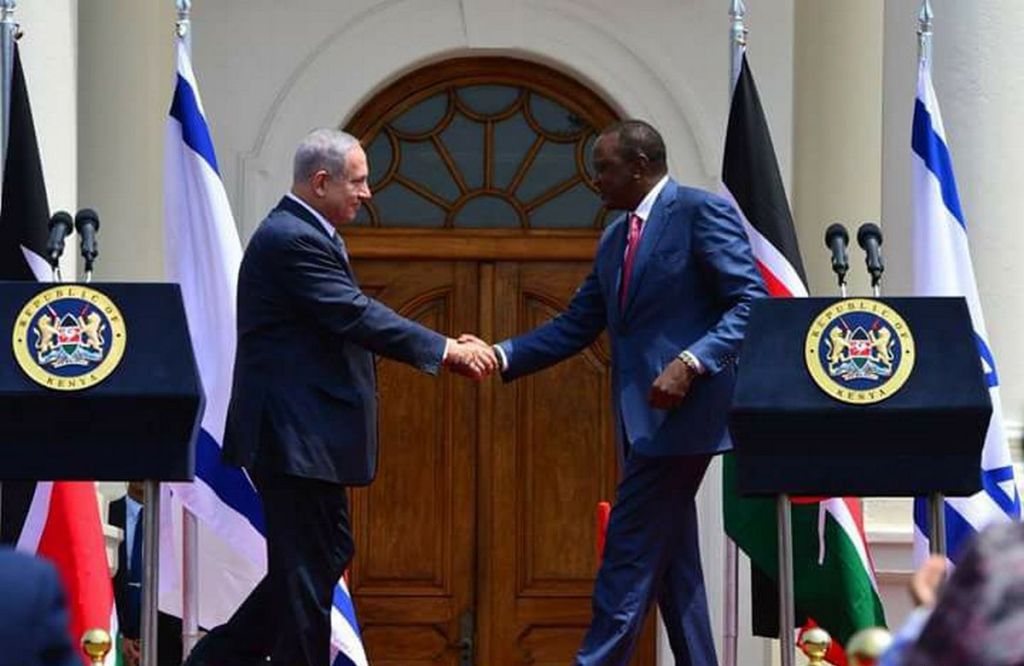 The US Administration has wanted Kenya to support ‘Israel’s political and commercial interests or forget a free trade deal (FTA) with the world’s biggest economy.’ Washington also demanded the deal with Kenya should, with respect to commercial partnerships, discourage actions that prejudice or discourage business between the US and the Jewish entity.

America’s haughty statement to Kenya not only shows its imperative and aggressive foreign policy but also indicates how the US supports and sponsors the outrageous crimes against Muslims in the blessed land of Palestine. America’s foreign policy is bound to interfere with other states all around the world and dictate their foreign policies. Certainly, since Kenya like any other country in Africa is still under the yoke of neocolonialism, therefore cannot adamantly withstand the US political pressure. It is in this context that Kenya has often recognized ‘Israel”, supports the ultimate Two-State solution for Palestine and the Jewish state.

This imperious demand comes barely few days after the signing of the United Arab Emirates and Bahrain with the Jewish entity in the agreement of high treason to the blessed land of Palestine in the black capital Washington. It is clear that the plan and policies for the establishment of an autonomous Palestinian State and the “internationalization” of al-Quds as well its division amongst the Muslims and the Jews is being practically designed and driven by America. It further indicates that US is the architect and effective administrator of the Palestinian issue and is hell bent to see the Muslim Ummah suffer.

We say the Jewish entity is entirely located on Islamic land and it is non-existent without this land or without this occupation. It is a usurper of the Blessed Land that includes Al-Aqsa Mosque; the first of the two Qibla, and the third after the two Holy Mosques! Consequently, any form of international relations or commercial interests with the Jewish entity would give them the legitimacy which is rejected and prohibited in our Deen.

The issue of Palestine is an Islamic issue and therefore we reject any Western and non-Islamic solution to it. And it is this concern that we work tirelessly for the return of Islamic rule in the Muslim lands under the righteous Khilafah (Caliphate) upon the method of the Prophethood. Indeed it is the Khilafah that will unify Muslim armies to liberate and defend the Muslims of Palestine and the rest of the Muslim lands.