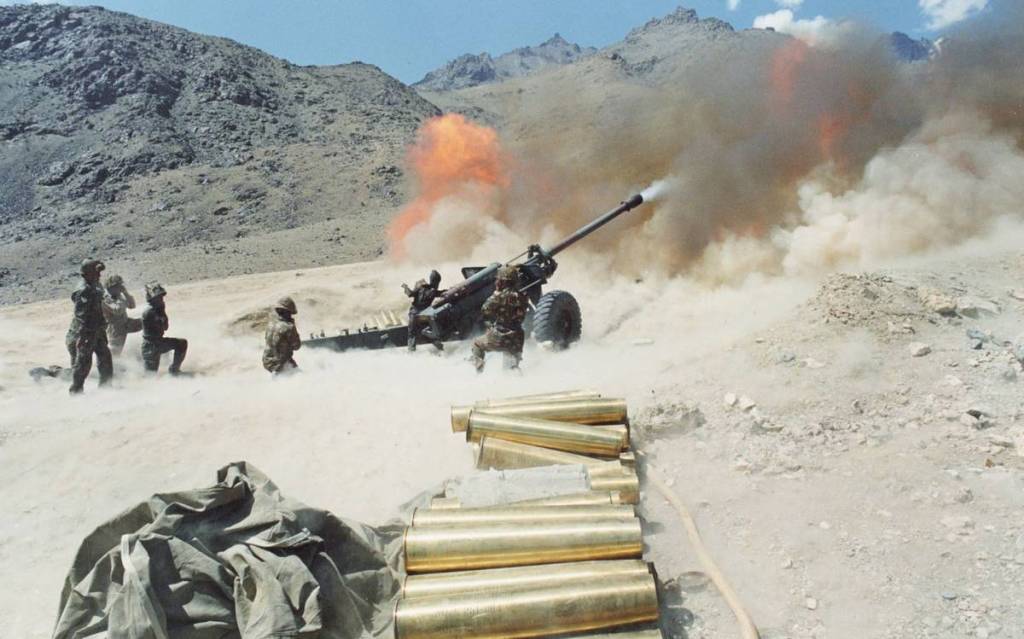 Pakistan on Monday strongly condemned the killing of nine Kashmiri fighters by Indian forces in occupied Kashmir, terming them an act of “state terrorism”.

The Foreign Office statement came as four Kashmiris were killed by government forces in occupied Kashmir’s southern Shopian area on Monday, just hours after five fighters died in a firefight in the same area. (Source: Dawn)

At the time when every Muslim in Pakistan is feeling the pain of severe oppression over our Muslim brothers and sisters in Kashmir, our leadership is still opting to mere lip service or ask UN or US help to sort this issue. Our leadership, including our top brass, are deliberately ignoring the elephant in the room i.e. US who’s presence in this region is the linchpin for all the overt Indian oppression. After New Delhi stripped Indian Occupied Kashmir (IOK) of its special status, it has emerged that the Modi administration’s External Affairs Minister S Jaishankar told his American counterpart, Mike Pompeo, of his government’s plan months before to ensure US kept Pakistan quite.

India is pressing harder and harder on innocent Muslims in Kashmir and their Pakistani  counter parts are helping Idolater to keep spilling the Sacred blood of Muslims by acting as a mere spectator. Despite the fact that Pakistani leadership enjoys the command of most powerful Arm forces that possess nukes and above all , arm force that is willing to seek martyrdom in the way of Allah, what is the point to seek US help when it is clear as a day light that US or its allies never helped Muslims from Kashmir to Palestine from Iraq to Syria; every American administration is involved in spilling the blood of Muslims wherever they can.

The US, through subservience of our civil military leadership, managed to cease our arm forces strike on idolaters to liberate Kashmir as they did it back in 1962; former US President John F Kennedy had played a “decisive role” in “forestalling a Pakistani attack” on India during the 1962 Sino-India war, even as Pakistan was capable of taking advantage of the situation to take control of Indian-occupied Kashmir,  Bruce Riedel, a former CIA official, has revealed in his book.

The only way to end the Indian oppression in Kashmir is to liberate Kashmir by force. If India can revoke article 370 unilaterally then what is stopping these traitor rulers of Pakistan to fulfill Allah’s (swt) command and strike the enemies of Allah with full force. Its high time for Pakistan leadership to liberate Kashmir as the sick man of 21st century, i.e. the US, is in tatters domestically and economically and India, on the other hand, is fearful of Chinese aggression at line of actual control. But civil military leadership will not unleash our loins, the successors of Khalid Bin Waleed, to liberate Kashmir because they fear the US more than they fear Allah (swt).

Our armed forces showed their superiority over Idolaters from 1948 to February 2019, but the only missing instrument is the Islamic state. Only the righteous caliphate will unleash our armed forces to draw the first blood and with grace of Allah (swt), we will teach these Idolaters a lesson that they will remember till their last breath, and that will be a day when the Muslim ummah will rejoice.

“If Allah should aid you, no one can overcome you; but if He should forsake you, who is there that can aid you after Him? And upon Allah let the believers rely.” [Al-Imran 160]