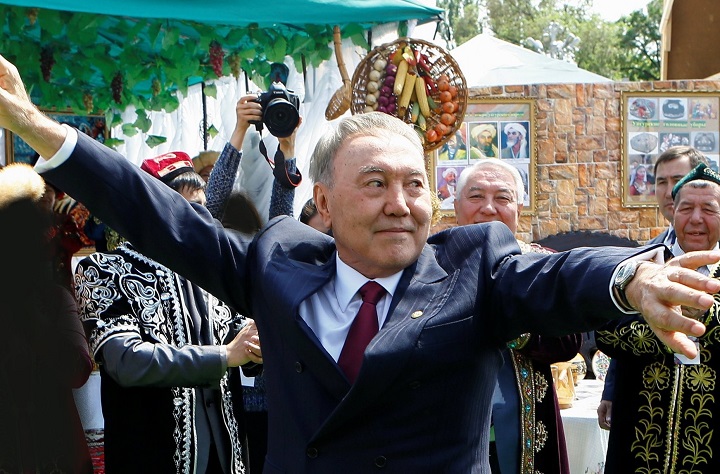 On December 16, IA KAZINFORM reported: “Today, Kazakhstanis celebrate one of the main holidays – the Independence Day of the Republic of Kazakhstan. This year our Independence marks 30 years,” Kazinform correspondent reports.

On December 1, 1991, the first presidential elections in the country’s history took place, as a result of which the candidacy of Nursultan Abishevich Nazarbayev was supported by more than 98% of voters. After the 1991 national elections, the First President of independent Kazakhstan, Leader of the Nation Nursultan Nazarbayev solemnly took the oath.”

Comment:
After the collapse of the USSR in 1991, the Kazakh people gained their “independence” from the Kremlin and formed the newly formed Republic of Kazakhstan. The head of the Republic was N. Nazarbayev, who was the first secretary of the Central Committee of the Kazakh SSR since 1989, and the secretary of the Kazakh SSR since 1979. In fact, N. Nazarbayev, before becoming the first president of the country, was at the head of the government of Kazakhstan for 12 years.

The USSR became developed and was one of the leaders in the international arena as a result of the adoption of the Communist ideology. As an ideological state, the USSR spread its ideas and implemented the system over the peoples of Central Asia. As a consequence of the existence of ideology, and its implementation, economics, politics, the military sphere, etc. evolved. The peoples of these countries were developed, although not on the right basis.

N. Nazarbayev, being the head of a part of this ideological state, had to develop in the same way and work both on the protection and on the dissemination of the ideas of this state. But still, in the end, he participated in the collapse of the USSR and became the leader of the newly-made state, only on the basis of nationalist ideas of self-determination. Nationalism became the reason for the division of Muslims – Turkmen, Uzbeks, Kyrgyz, Tajiks and Kazakhs, which gave rise to 5 independent republics in Central Asia.

Sheikh Taqiuddin An-Nabhani, founder of the Islamic political party Hizb ut Tahrir, writes in his book, The System of Islam – “…when the level of thinking becomes narrow, a connection appears between people based on nationalism. This bond is a family bond, but in a broader form. The reason for this is that the instinct of self-preservation is an integral part of a person, as a result of which a person has a desire and commitment for leadership and power. This desire in a person with a low level of thinking is individual. And as his consciousness develops, the framework of his aspirations to dominate expands, and he begins to think about the supremacy of his family, and then, with the expansion of his horizons and the development of understanding, he thinks about the supremacy of his nation – first in his homeland, and then, when the supremacy of the nation is exercised in his homeland, thinks about the supremacy of his nation over other peoples …”

Nationalism, on the basis of which N. Nazarbayev founded the new state, became the cause of the degradation of the entire Kazakh people. For 30 years now we have been observing how N. Nazarbayev, having great natural resources, the territory of the country, which is in 9th place in the world, is leading the people to destruction. Kazakhstan is subordinate to Russia. Russian military bases are located on the territory of the country. Foreign policy is based on the interests of Russia. Culture, education, economy, social sphere are in decline. And every year it gets worse.

The only salvation of the Kazakh people is Islam. Islam has an idea and a method to implement this idea into reality. Our beloved Prophet Muhammad (saw) showed by his example how Islam is being implemented into life. After the adoption of Islam, the nationalist warring Arab tribes formed a new Islamic community in the Radiant Medina and brought the light of Islam to the whole world. This is how Islam reached Persia, Byzantium, Rome, North Africa, China, etc. after which, the peoples of these lands converted to Islam, united into one Islamic Ummah and became leaders in the world arena.

Islam as a system for the life of society, a person and a state is salvation for the Muslims of Kazakhstan, of all the peoples of the Central Asian republics, and all mankind. Allah Almighty said in His Noble Book:

“O believers! Respond to Allah and His Messenger when he calls you to that which gives you life. And know that Allah stands between a person and his heart, and that to Him you will all be gathered” [8:24].