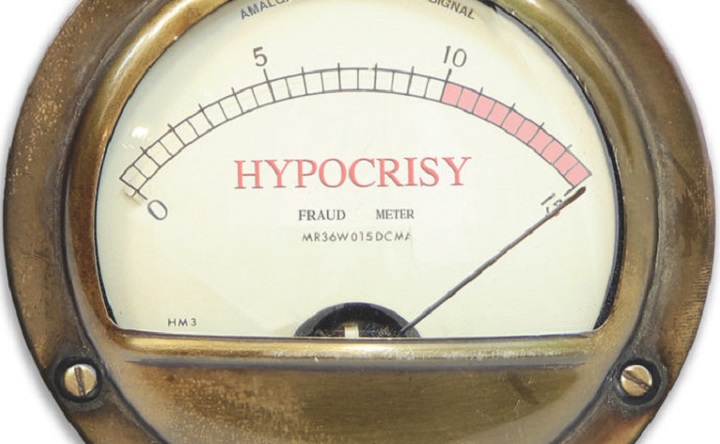 Politicians and their media stooges are predictably calling to the same tired ideas that have been responsible for all of the wars of the past 150 years; those of national interests and international law. Indeed, the Western nations of Europe and America invented international law to serve their narrow nationalist interests, which at the present time is being used particularly against the Eastern nations of Russia and China. They have continued to hypocritically invoke its hallowed name whenever they see a benefit to themselves; however they trample all over it when it does not suit them. Russia today acts to restore its national pride after decades of humiliation by the West, and it justifies its aggression as a national security interest; which is the exact logic employed by the Western allies who invaded Iraq and Afghanistan. In fact, it is the same weak excuse that the occupiers of Palestine and Kashmir offer to justify their atrocities there.

Why should one side’s interests be more important than another, such that murder and oppression is justified? Moreover, why should there be two sides with only a flimsy ethnic divide and arbitrarily placed border to determine one side’s interests from the other? These are the exact problems that nationalism exacerbates and has no solution for, other than more bloodshed, further division, and the endless spiral of violence that hurts ordinary people far more than their wealthy elite band of leaders and oligarchs.

This shallow tribalism is as old as humanity, but it was explicitly addressed and solved by the Islamic Aqeedah (creed) and system of government, namely the Khilafah (Caliphate). Muslims therefore have a responsibility, just as the Sahabah had among the tribalistic Arabs, to call for the unity of belief and to shun the superficial and destructive ideologies of national pride and national interests, and their self-serving tools of international law and alliances.

Muslims need to expose the hypocrisy of the “liberation” of the Afghani and Iraqi people, who were left decimated by the falsely called liberating Western forces, just as the Russians will ultimately destroy Ukraine, as they did to Chechnya two decades ago. Supporting breakaway territories is not a Russian invention. America and Europe have been instigating and supporting such falsely called “independence” movements for decades; with East Timor and Southern Sudan being recent official examples, and the countless conflicts in Yemen, Syria and Libya unofficial examples of Western interference, often in alliance with Russia itself.

There is no principle or morality that guides the foreign policy makers of the West or the East today. All are beholden to the shallow secular creed and its resultant capitalist principles of expediency and the slogan of “might is right”. They do not recognise any authority other than the selfish whims of their leading elite.

This is where Islam and secularism fundamentally differ. For Muslims the shariah is the law that guides the rulers to justice and restrains the hand of the tyrant. When secularism is adopted enmasse all the world is bound to tyrannical whims of the powerful elite, with no means to restrain them.

Now is the time for Muslims to stand up to offer Islam to the world’s people, so desperate for a just alternative to the secular tyranny that we have suffered for too long. Now is the time to reject the false derogatory labels of “Islamist” and “extremist” that the elite and their obedient media use every time a Muslim brings Islamic thinking into the political and international realm. Indeed, they have manufactured many lies against Muslims to incite bigoted hatred against us; but their hypocrisy and evil designs are fast being exposed Bi’ithnillah.