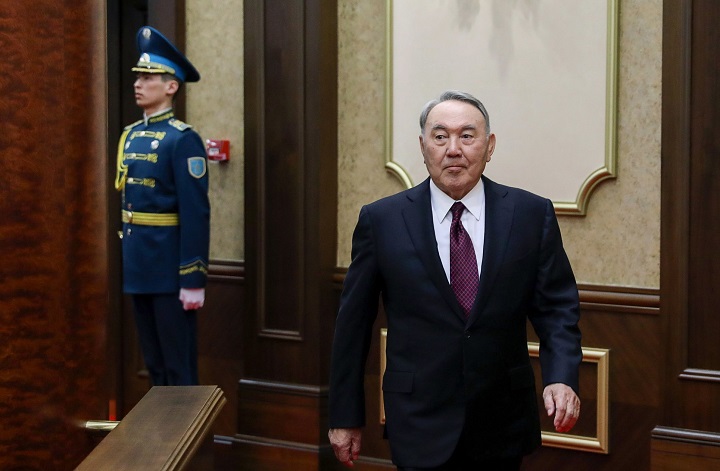 On January 18, 2022, the official website of the first President of the Republic of Kazakhstan, Nursultan Nazarbayev, published N. Nazarbayev’s appeal, for the first time since the start of mass demonstrations in the country since January 2.

In his appeal, N. Nazarbayev assures everyone:

“Responding to the numerous appeals addressed to me, and in connection with the publications in the media, I inform you that in 2019 I handed over the powers of the President to Kassym-Zhomart Tokayev and since then I have been a pensioner, and now I am on a well-deserved rest in the capital of Kazakhstan and did not leave anywhere.
President Kassym-Zhomart Tokayev has full power. He is the chairman of the Security Council. Soon, the President will be elected a chairman of the Nur Otan party.

Therefore, there is no conflict or confrontation in the elite. Rumors on this subject are absolutely groundless”.

Comment:
N. Nazarbayev’s speech is more like a complete surrender. Prior to the start of mass demonstrations in Kazakhstan, N. Nazarbayev participated in almost all political events in the country. Even at the CIS summit on December 28, 2021 in St. Petersburg, 2 presidents of Kazakhstan, the former and the current, simultaneously participated. Whoever heard of the former president of the country, how the tail follows the current president and influences political decisions?!

Back in the late 90s, N. Nazarbayev, speaking to journalists, responsibly stated that his relatives would not be in power, there would be no monarchy in the country, that everything would be, as it is written in the Constitution of the country, and his term of office ends in 2000. But as we can see, N. Nazarbayev broke all his promises and spent more than 30 years in power. His daughters, sons-in-law, relatives were in power, and N. Nazarbayev himself ruled unlimitedly, not wanting to part with power until, finally, he was asked.

N. Nazarbayev was absent for more than 2 weeks from the beginning of the spontaneous rallies. During this time, almost most of his family at the top of power, one way or another, lost their positions. N. Nazarbayev was dismissed from the post of chairman of the Security Council by KZh Tokayev himself. The current president of the country, Kassym-Zhormat Tokayev, tirelessly issues the laws and makes personnel changes in all areas.

From the very moment he took office, KZh Tokayev did not allow himself such liberties. Since the beginning of the spontaneous rallies, a number of new appointments can be read on the official website of the President of the Republic of Kazakhstan. This is usually done after a new president takes office, but here we had to wait 2 years for the new personnel changes. On January 11, KZh Tokayev issued a decree on the composition of the new government of the Republic of Kazakhstan. On January 19, he replaced the country’s defense minister. This means that N. Nazarbayev finally retired from business and lost his power.

The colonialists skillfully distract Muslims from fundamental changes. The system of government invented by man, which was imposed by the colonialists, is the basis of all troubles and problems at home, in society, in the state and throughout the world. Muslims are deliberately forced into solutions that are beneficial only to the powerful tyrants and colonialists, and these solutions create new problems.

The only correct solution, both for the Muslims of Kazakhstan and for the Muslims of the whole world, is Islam. When the world was exhausted from the tyranny of ignorance and obscurantism, Allah Almighty sent down Islam as a solution to the problems of humankind. Today we are in the same plight, when the world is ruled by injustice, when the one who is strong is right, and the weak, being right, always remains without rights.

Islam as a system for the human life, society and the state is the only right decision. And therefore, the solution will be to work on the revival of the Second Righteous State of the Khilafah (Caliphate). Only then the Muslims of Kazakhstan and the whole world will find peace and prosperity, as Almighty Allah promised in His Noble Book:

“Allah has promised those of you who believe and do good that He will certainly make them successors in the land, as He did with those before them; and will surely establish for them their faith which He has chosen for them; and will indeed change their fear into security—provided that they worship Me, associating nothing with Me. But whoever disbelieves after this promise, it is they who will be the rebellious.” [24:55].