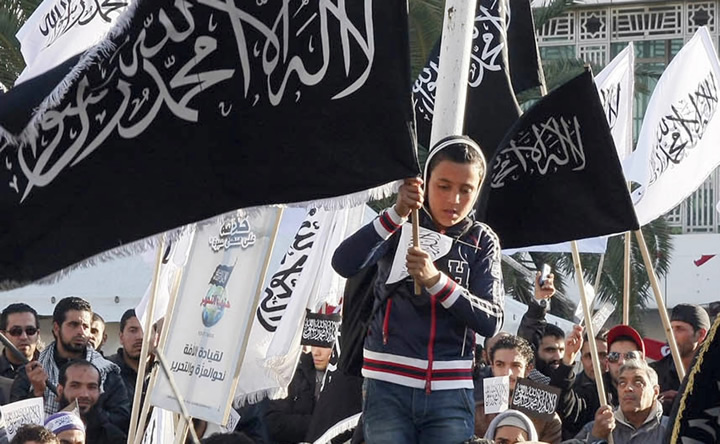 On the fifth of Rajab 1442 AH corresponding to 17/2/2021 CE, and in the midst of the campaign carrying the good launched by Hizb ut Tahrir under the title “Upon the Centenary of the Destruction of the Khilafah … O Muslims, Establish It!”, a security force in Sidi Bouzid raided the house of the member Zuhair al-Ameri, searched its contents and seized all the books he possessed, leaving his family in a state of terror and fear, and then they left after leaving summoning order to him.

This action is almost repeated with this member. From time to time, his house is raided and then he is summoned, as if there is no job for the security services in Tunisia except to watch the sincere people in the Ummah of Muhammad (saw) and to suffocate them in order to distract them from the serious work to revive the Ummah and rid it of kufr and the systems of corruption, in a cheap and humiliating response to the orders of the senior official, the sponsor of international democratic terrorism.

A hundred years have passed since the absence of the Khilafah (Caliphate), the crown of the Muslims, and the symbol of their glory and their pride, after the traitors of the Arabs and the Turks cooperated with the kuffar and the Crusaders to destroy it. As a result, Muslims became like orphans at the banquets of the wicked (i.e. oppressed). Their meat is eaten by hyenas and stray dogs. Today, after Hizb ut Tahrir was founded in the Ummah, the leader that does not lie to its people, with its sincere youth, who have pledged to Allah (swt) that they will not rest and their determination will not be dampened until they establish the second Khilafah Rashida (rightly guided Caliphate) on the method of Prophethood, so they move their Ummah from a state of decline and dependence to a state of sovereignty, top rank and leadership, O security men, should the one who carries this great good and works for it day and night be rewarded by harassment and arrest, or protection and aid?!

O security forces! Fear Allah in your people and do not be the stick with which the kaffir colonialist strikes. And know that the time has come for the Khilafah, and only the good deed that you offer to your Lord will benefit you. And just as He (saw) gave the glad-tidings of the conquest of Constantinople, He (saw) also gave the glad-tidings of the establishment of the Khilafah on the method of Prophethood, so stand up and join the campaign of goodness and establish it, O Muslims. The Prophet (saw) said:

“Give the glad tidings to this Ummah of sublimity, high status, Deen, victory and power in the land. But whoever among them does the deeds of the Hereafter for the sake of worldly gain, will have no portion of the Hereafter.” [Narrated by Ahmad].