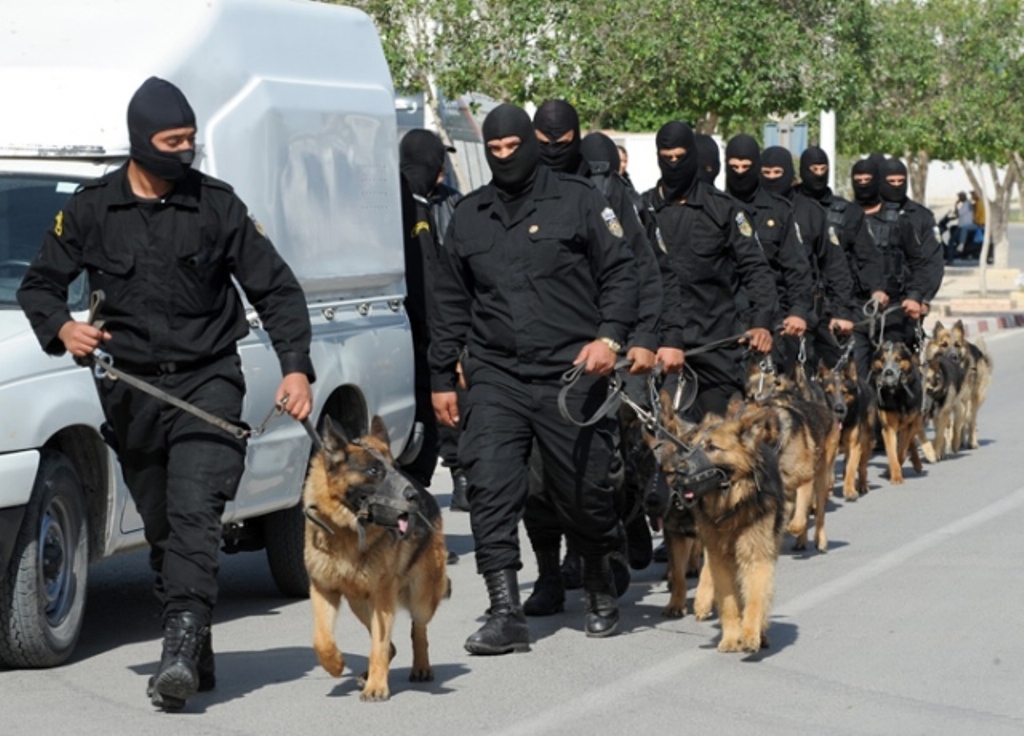 As usual, in monitoring the movements of Hizb ut Tahrir and preventing its activities, since the morning of Thursday, 17/12/2020, the Security Services in Sidi Bouzid have monitored the party’s headquarters and monitored the movements of the members of the party through agents in civilian clothes and made it their main concern to only confront the party and to restrict it.

As soon as the two members, Muhammad al-Ahmadi and Saber Jabli, left the headquarters, they were tracked and reported to another division, which stopped them without any reason, then took them to the security area, where they were subjected to investigation, and then they were taken into custody to present them to the public prosecutor on Friday.

The policy of thuggery and fabricating accusations pursued by the police state, which has become its method of permanent dealings with Hizb ut Tahrir, reflects its inability and failure in the face of the idea of its time and an ideological party that is steadily pushing its steps towards its goal, namely the resumption of Islamic way of life by establishing the Khilafah (Caliphate) on the method of Prophethood, the Promise and glad tidings, and will only increase the Hizb in strength, and will increase its members determination and steadfastness. No matter how restrictive the measures and gagging are practiced, the members of the party have pledged to Allah to move forward towards attaining the pleasure of Allah, and no barrier will stop them and come between the objective they vowed themselves to sacrifice for.

We remind the authority and its agents that injustice is darkness on the Day of Resurrection and that it is better for them to repent to their Lord and take the side of the Ummah’s project that Hizb ut Tahrir carries, and to relieve themselves from the West’s projects and its henchmen. Allah (swt) says: يَا أَيُّهَا الَّذِينَ آمَنُوا اسْتَجِيبُوا لِلَّهِ وَلِلرَّسُولِ إِذَا دَعَاكُمْ لِمَا يُحْيِيكُمْ وَاعْلَمُوا أَنَّ اللَّهَ يَحُولُ بَيْنَ الْمَرْءِ وَقَلْبِهِ وَأَنَّهُ إِلَيْهِ تُحْشَرُونَ “O you who have believed, respond to Allah and to the Messenger when he calls you to that which gives you life. And know that Allah intervenes between a man and his heart and that to Him you will be gathered” [Al-Anfal : 24].