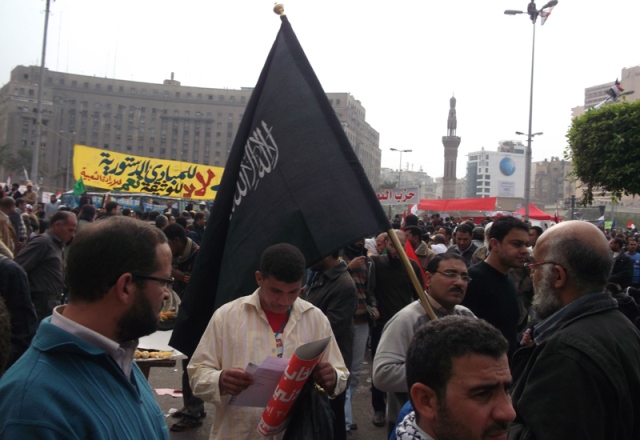 O Honorable Ummah, a painful memory is passing us during these days, which is the memorial of the destruction of the Khilafah at the hands of a murderer of the century, Mustafa Kemal, on 28 Rajab 1342 AH coinciding with March 3, 1924 CE. We remind the Ummah of this great loss and painful event which struck the Ummah with this murder, and made it open for plunder by its enemies without a real guardian to protect against the evils of its enemies. Without a pure and pious Khaleefah to fight behind and be protected by him, we have become orphans on the feast of villains. As such, nations have conspired against us and they have gathered in order to fight against us as we are weak, and so Palestine was lost and its sisters were also lost, and our affairs have been given to a handful from the Ruwaibidat who do not fear Allah in us nor care about us, acting mighty against us but weakly in front of the Kuffar.

As such, O honorable Ummah, it is only the Khilafah which can save us from the loss we are in, and it will restore the Ummah’s glorious glory and its high status among the nations and peoples. It will liberate our occupied Aqsa from the hands of the Jewish entity’s usurper hands, as it will come to our rescue, as it is our lives, our honor, our elevation, our backbone, our strength, our happiness, and our victory in this life and in the Afterlife.

As such, Hizb ut Tahrir invites you to see and look carefully into our condition and situation; we invite you to improve our future. We invite you to work with us in order to establish together the second Khilafah Rashidah state upon the method of Prophethood after the Kuffar destroyed our first Khilafah. So be with those working to establish it, may Allah سبحانه وتعالى have mercy on you.

Rather work towards supporting the Muslims in a genuine active way by joining the efforts those who are working continuously, day and night, to restore the Khilafah Al Rashidah, for we are certain of the victory of Allah سبحانه وتعالى and the nearness of the rising sun of the Khilafah with the Help of Allah سبحانه وتعالى, as this rests in the Ability and Might of Allah.

“Allah has promised those among you who believe, and do righteous good deeds, that He will certainly grant them succession to (the present rulers) in the earth, as He granted it to those before them, and that He will grant them the authority to practise their religion, that which He has chosen for them (i.e. Islam). And He will surely give them in exchange a safe security after their fear (provided) they (believers) worship Me and do not associate anything (in worship) with Me. But whoever disbelieved after this, they are the Fasiqun (rebellious, disobedient to Allah).”