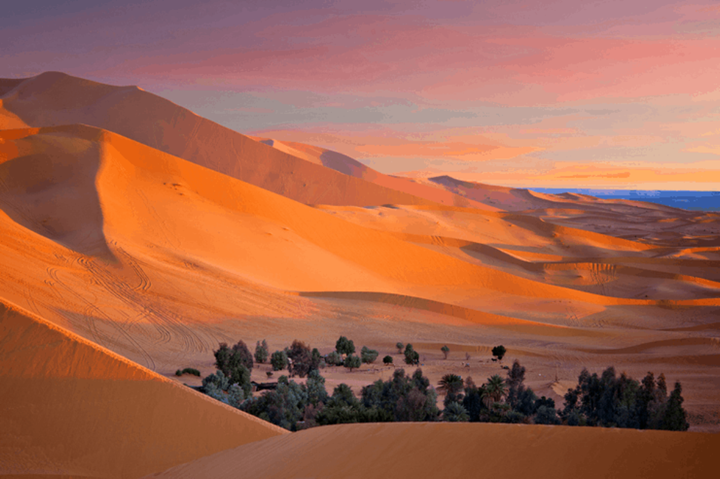 Everyone is aware of the important and dangerous role the media plays in the issues of nations and people. Throughout the ages, the media has shaped that powerful and influential impact on the minds of people, and in our current era, the influence has surpassed to reach armies and weapons in invading people and striking cultures. There is no doubt that we in the Ummah of Islam view the media as a sublime message whose primary mission is to build a strong and cohesive Islamic society that eradicates its malice and refine its good; its supreme goal is to present Islam in peace and war in a manner that reflects the greatness and justice of Islam, and shows the corruption and injustice of the man-made system, and for a hundred years and more, the media message was hijacked by colonialism and its henchmen in Muslim countries. The arrows of distortion and questioning of the ideas of Islam were directed by a group of people from our sons who can speak the Arabic language and embodied the colonial ideas of the West. They spread the poisons of nationalism, patriotism, fanaticism and sectarianism in the body of the Ummah to weaken its resistance and to make it easier to be controlled, and they achieved that.

There is no doubt that the colonial West was able to transform the media in Muslim countries from a sublime message that seeks the revival and advancement of the Ummah to a job that people and institutions and states earn from, and the pen is hired by whoever pays, so the traitor became a hero, and the honest adviser was distorted and blocked by the media, and if he is mentioned it will be with evil, so the pens compete in attacking the ideas of Islam and its rulings, and satellite channels and radio stations were opened to those who carry the ideas of the kaffir colonial West, and it began to repeat poisoned ideas in various aspects of life, including economic, political and intellectual, distorting the ideas and rulings of Islam until they became strange and barely mentioned in the media.

Yes, the colonial Western world has kidnapped the Media from us and made them a submissive tool that praises and exalts the puppet regimes.

Yes, the kaffir colonial West has kidnapped the Media from us and made them employees, making profit at the expense of the Ummah’s causes and its destiny.

But nevertheless, there is no doubt that there is good in you, media personnel, and we know the extent of the conspiracy against your role, and how your media institutions have been linked to political power or others, but the struggle for existence that your Ummah is waging to free itself from colonialism and its tools makes it imperative on you that you be up to the challenge and take sides with the ideology of this Ummah, and the path of its revival (the great Islam), and to seriously engage in the battle of ideas waged by the Ummah in the face of its enemies in order to gain the honour of contributing to its revival and restoring its honour. Aren’t a hundred years enough of walking in the ranks of the colonizer and its henchmen in order for you to realize that they have not and will not bring to your Ummah anything but destruction and devastation?! Aren’t a hundred years enough of carrying and promoting the ideas of the colonial West, for you to return to the embrace of your Ummah and carry with it the idea of the Khilafah and the honour of calling for it?! Aren’t a hundred years enough of false neutrality restrictions to take sides with the ideology of your Ummah?!

We know that the basic principle for living peoples and nations is for their elements to come together and their components gather when they are afflicted with calamities or crisis, and for their children to compete in the crossing corridor towards glory, victory and liberation, for it is like one body; if one of its organs aches, the whole body aches, because of sleeplessness and fever. This is a sincere call for the media personnel to take sides with the issues of their Ummah as a part of it, their concern is one, and their affliction is one, and to rise with us to establish the second Khilafah Rashida (rightly guided Caliphate) on the method of prophethood.

We have full trust in Allah’s victory Al-Qawi Al-Jabbar. And we have hope in the Islamic Ummah and its righteous sons. We ask Allah (swt) to help us with that we are incapable of and to guide and the people of power and protection among them to the path of victory for the believers and establishing the law of Allah (swt), Allah (swt) says:

“Indeed, We will support Our messengers and those who believe during the life of this world and on the Day when the witnesses will stand” [Ghafir: 51].