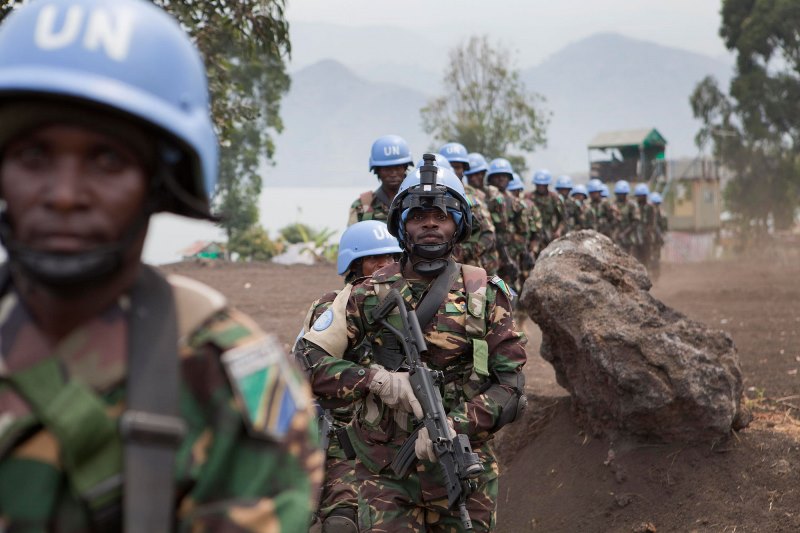 Tanzania media has reported the Tanzania government’s demand of urging the United Nations to conduct an independent investigation into the circumstances that led to the killing of 15 of its peacekeepers last week in the Democratic Republic of Congo (DRC).

At an emotional ceremony held to commemorate the dead, the prime minister, Kassim Majaliwa said Tanzanians want to know what exactly happened and ‘legal actions taken against those involved’.

“The government of Tanzania is calling on the UN to conduct a thorough and transparent investigation for the spilled blood of Tanzanian soldiers, in order to know and justice be attained. It is our hope that will be done within the shortest time.” The event was attended by the U.N.’s top peacekeeping official, Jean-Pierre Lacroix. The attack, which the United Nations is blaming on Ugandan rebel outfit, Allied Democratic Forces (ADF), was the deadliest against UN peacekeepers in nearly 25 years.

The so-called the DRC conflict is a man-made conflict that was planted by the capitalists since the period of imperialism in which King Leopold II molded the Congolese with the sentiment of regionalism that made people to deny others to benefit from natural resources. As a result, each group organized militants either to control them or to force others to be handed over to them.

Also, the DRC conflict is fuelled by imperialism both from the West and East (during the Cold War), the world witnessed the fighting between supporters from each camp and the consequences was the defeat of the eastern bloc and the assassination of the prominent leader Patrice Lumumba in DRC.

As it is known that nations colonized by weaker capitalist states like Portugal or Belgium, they became new prey by the giant capitalists soon after they wave the flag of independence and the collapse of the eastern bloc as a result, a similar genocide occurred in Mozambique and Angola with the only issue that ended the conflict was the defeat of one capitalist nation by another or the nations shared the resources.

All the above issues were caused by the vast resources of DRC like cobalt, copper, diamonds, gold, tin and tantalum that are beneficial worldwide in electronic companies for the production of computers, mobile phones and the like.

So, we have to ask ourselves where those rebels conduct business and obtain weapons. The answer is very simple; each capitalist finances his group/s in making sure they get what they want.

The issue of the United Nations to participate in this conflict is very open because influential capitalists for their self-benefit use the agency, for instance the UN created the Jewish entity, Kashmir and South Korea to make sure that its master win in every arena. Also the creation of these conflicts is for the purpose of controlling the areas from its leaders, their economy and politics.

Thus leaders have to be alert with these proxy plans of the capitalist and the only solution is to do away with their frozen system and ideology and in its place to establish another system and the best system is the one from our Creator that was revealed to Muhammad ﷺ to save humankind.