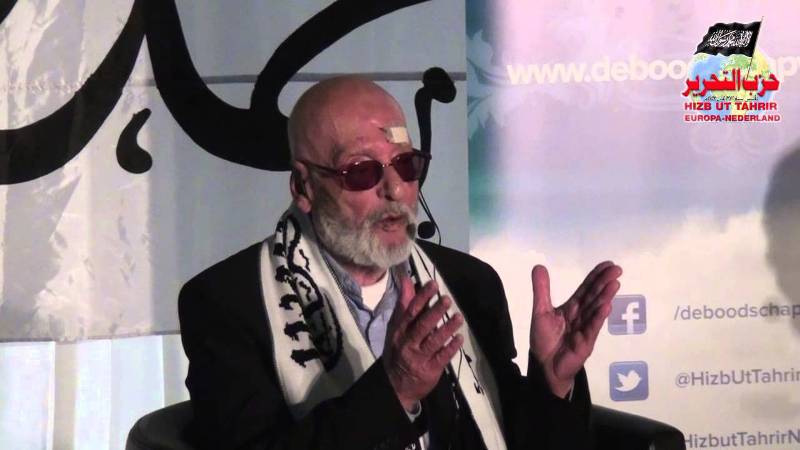 “And from among the believing men there are those who have been true to their covenant of them some have fulfilled their obligations; and some of them are still waiting, but they have never changed in the least.”

In submission to the command of Allah Subhanahu Wa Ta’ala and content with His Qadaa, Hizb ut Tahrir / Scandinavia mourns to the Muslims in general, and the Da’wah carriers specifically, one of its great members:

The son of the eminent scholar sheikh Taqiudeen An-Nabahani Rahimahullah, founder of Hizb ut Tahrir, who surrendered his soul to its Lord, Wednesday noon 24/11/2018, at the age of 78 years old. He spent most of his life as a Da’wah carrier with Hizb ut Tahrir. He passed away in a city in Sweden after a bitter struggle with disease, while remaining patient.

The deceased was a person of consciousness and of those who raced to attain Allah’s forgiveness and a Paradise as vast as the heavens and the earth. He spent more than half of his life carrying the call with Hizb ut Tahrir, tirelessly and with passion, steadfast upon the Haqq (Truth) and rejoicing in the promise of Allah (swt), and all those who knew him are witness of this, though we do not ascribe purity to anyone before Allah (swt).

Oh Allah, have mercy on your servant, be generous to him, and widen his entrance, grant him an abode better than his home, and a family better than his family, and unite us with him under the banner of Your beloved Mohammad ﷺ on the Day of Judgment.

“We surely belong to Allah and to Him we shall return”