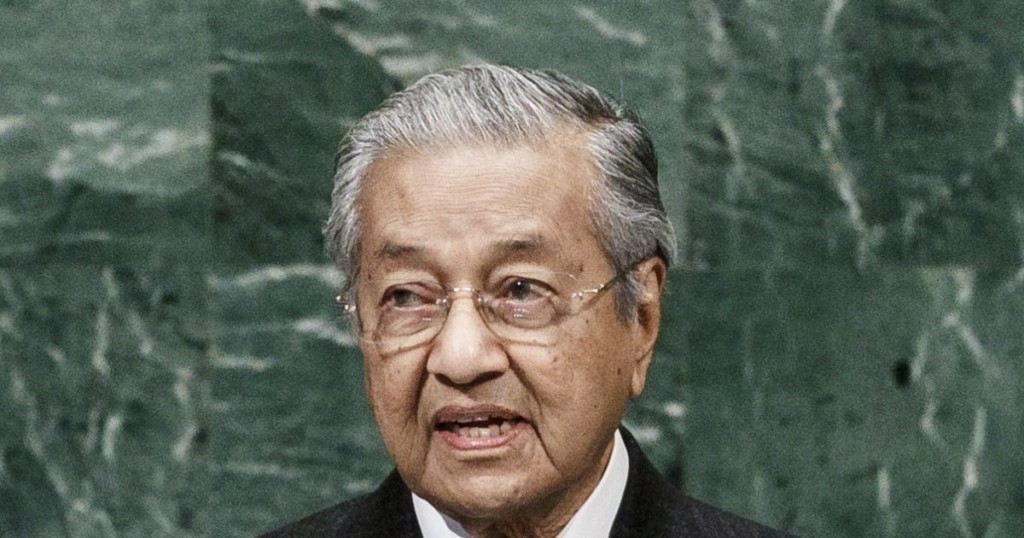 Prime Minister of Malaysia, Tun Dr. Mahathir bin Mohamad, celebrated his 94th birthday on July 10 and received numerous congratulatory messages from Pakatan Harapan leaders and also from others. Apart from breaking the record of being the Prime Minister twice, Mahathir also breaks the record as the oldest Prime Minister in the world. When he was in the opposition block, Mahathir was strongly condemned by the then ruling party UMNO as being incompetent to lead Malaysia over age factor, but now such voices are no longer heard, and replaced with praises instead. Besides, a number of UMNO leaders have left UMNO to kneel before Mahathir hoping for a slice of cake. This is the disgusting face of the democratic system where benefit forms the basis of the actions of politicians. Human beings lose their dignity and shame, and Halal-Haram (lawful-unlawful) are no longer the cornerstone of life. Benefit is the foundation of everything, in line with the teachings of Capitalism as the ideology that creates the (democratic) system.

Following the 94th birthday of the Prime Minister of Malaysia, instead of congratulating, Hizb ut Tahrir would like to remind:

1- Indeed power is a trust. It is a trust from Allah (swt), of which could bring regret in the Hereafter to those who neglect and betray it. Allah (swt) says, إِنَّا عَرَضْنَا الْأَمَانَةَ عَلَى السَّمَاوَاتِ وَالْأَرْضِ وَالْجِبَالِ فَأَبَيْنَ أَن يَحْمِلْنَهَا وَأَشْفَقْنَ مِنْهَا وَحَمَلَهَا الْإِنسَانُ إِنَّهُ كَانَ ظَلُوماً جَهُولا “Truly, We did offer the Amanah (trust) to the heavens and the earth, and the mountains, but they declined to bear it and were afraid of it. But man bore it. Verily, he was unjust and ignorant” [Al-Ahzab: 72].

Rasulullah ﷺ once said to Abu Dhar who asked for office (power), «يَا أَبَا ذَرّ إِنَّك ضَعِيف، وَإِنَّهَا أَمَانَة، وَإِنَّهَا يَوْم الْقِيَامَة خِزْي وَنَدَامَة إِلَّا مَنْ أَخَذَهَا بِحَقِّهَا وَأَدَّى الَّذِي عَلَيْهِ فِيهَا» “O Abu Dhar, you are a weak man and it is a trust and it will be a cause of disgrace and remorse on the Day of Resurrection except for the one who takes it up with a full sense of responsibility and fulfills what is entrusted to him (discharges its obligations efficiently).” [Narrated by Muslim]

O Prime Minister of Malaysia! Please be reminded that the trust of ruling (power) is a trust for a person to be a Caliph on this earth in order to implement the Hukm of Allah (swt) comprehensively (Kaffah); to spread the message of Allah (swt) to all corners of the world; to make Islam superior over all religions and to bring mercy (Rahmah) to the whole universe.

3- Democracy has evidently failed. The country and the people’s situation will never be well-off as long as this western-made system and man-made law prevail. The mercy and pleasure of Allah (swt) will never reach a country that sidelines His laws, despite Malaysia being seen to be peaceful.

4- Truly Allah (swt) has granted a second chance to Tun Mahathir to remedy all his previous errors and mistakes. If he was in the past not implementing the laws of Allah (swt), unjust to the people, denied the rights of people, deceived the people and so on and so forth, now He (swt) grants him the opportunity to redeem these errors. At this juncture, Tun Mahathir should realize and utilize the rest of his age spared by Allah (swt) for only one thing that is to implement His (swt) laws.

O Prime Minister of Malaysia! It is within your knowledge that the power you are now enjoying will not last long before Allah (swt) uproots it easily. You and all of us shall return to Him (swt) with our respective burdens and responsibilities. Therefore, do listen to our Muhasabah (account) and advice for your benefit in this world and Hereafter. O Prime Minister of Malaysia! With the remnants of power that Allah (swt) bestowed upon you, get rid of the democratic system inherited from the Kuffar West and replace it with the Caliphate (Khilafah) system inherited from the Messenger ﷺ and the Righteous Caliphate. Dispose of the book given by Lord Reid and replace it with the Book of Allah (swt) and the Sunnah of His Messenger ﷺ. These are two things left by the Messenger ﷺ and whomsoever follows them will never go astray. O Prime Minister of Malaysia! We advise you for Allah’s (swt) sake and for your obedience to Him (swt). Do listen to our advice as Hizb ut Tahrir has never lied and will never lie to you. Pleasure or pain awaits you in the Hereafter, depending upon your acceptance and denial of our advice. Indeed, we have reminded you, as what Allah (swt) has commanded!

“So remind them, you are only the one who reminds” [Al-Ghasiyah: 21]