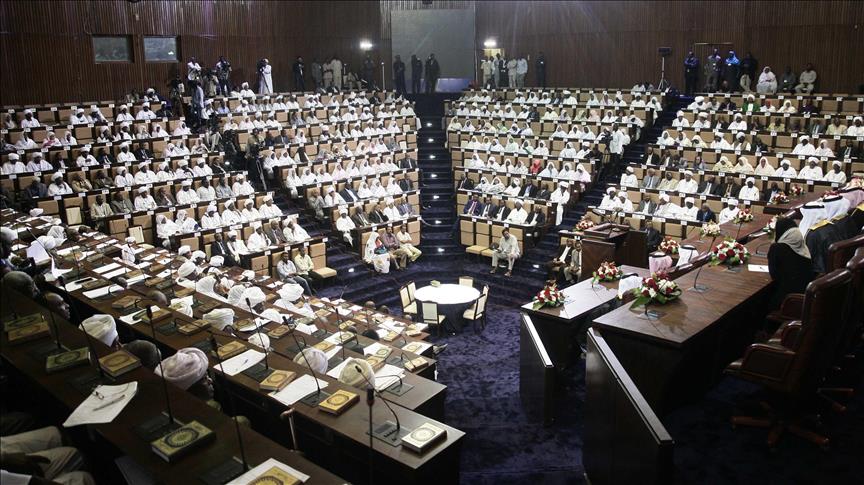 The head of the African file in the Office of Religious Freedom at the US State Department held discussions in Khartoum on the situation of religious freedom in this country. On Thursday, Sarah Krish held a meeting at the Committee on Legislation, Justice and Human Rights in the Sudanese Parliament. According to a press release issued by the Parliament, Krish discussed the American plan of action, the development of the file of freedoms in Sudan, laws on human rights and issues related to women. (Sudan Tribune, 28 March 2019).

The Committee on Religious Freedoms is one of America’s tools to intervene in the affairs of nations and peoples. It monitors the exercise of the right to freedom of religion and belief outside the United States in general. The meaning of the right to freedom of religion or belief within the framework of the human rights system, is the freedom of an individual to embrace whatever he/she wants of religious or non-religious thought, and this is clearly contrary to the law of Allah (swt), which forbids the Muslim to change his religion. The Messenger of Allah ﷺ said: «مَنْ بَدَّلَ دِينَهُ فَاقْتُلُوهُ» “Whoever changes his religion, kill him” (Narrated by Bukhari). So, do you, O the people of Sudan, accept America as your lord other than Allah?!

The American plan of action and the development of the file of freedoms, which John Sullivan, during his visit to Khartoum in 2017, made it a basis to improve relations with Sudan, this plan is being carried out by the Committee on Legislation, Justice and Human Rights in the Parliament, with this hosting of the Kuffar. Thus, the Parliament became an agent for America in Sudan, and not a representative of the people of Sudan; the Muslims who believe in one God only. And it (the parliament) prepares the climate for the blatant and defiant interference of the disbelievers in the law of Allah, instead of defending the application of the Shariah until they perish, so that Muslims’ mighty will be demonstrated and they will be feared by their enemies. But, in the Parliament, they were satisfied with concession; and the waivers before them are many, and their destinies are known. It is enough that conceding something of the religion and the creed, or flattery at the expense of Islam, is undoubtedly a great strife and a disgrace in this World and the Hereafter.

Despite the concessions made by the government and its parliament, Sudan retains its place among the top ten countries that violate religious freedoms in the world, according to the US State Department’s ranking last year, in a statement by US Secretary of State Pompeo, in which he pointed out that America will not stand idly in front of this persecution. The United States continues to reiterate that Sudan should abolish apostasy law in the criminal code and amend the law of public order, as was the case in the workshop on religious freedoms held in Khartoum in January 2019. Allah (swt) said the Truth: وَلَن تَرْضَىٰ عَنكَ الْيَهُودُ وَلا النَّصَارَىٰ حَتَّىٰ تَتَّبِعَ مِلَّتَهُمْ قُلْ إِنَّ هُدَى اللَّهِ هُوَ الْهُدَى وَلَئِنِ اتَّبَعْتَ أَهْوَاءَهُم بَعْدَ الَّذِي جَاءَكَ مِنَ الْعِلْمِ مَا لَكَ مِنَ اللَّهِ مِن وَلِيٍّ وَلا نَصِيرٍ “And the Jews will not be pleased with you, nor the Christians until you follow their religion. Say; “Surely Allah’s guidance, that is the (true) guidance”. And if you follow their desires after the knowledge that has come to you, you shall have no guardian from Allah, nor any helper” [Al-Baqara:120].

The Lord Almighty warned us from relying on other than Him, so why those concessions, and in the interest of whom?!

O the People in Sudan:

You have been subject to catastrophes and calamities, and earthquakes have engulfed you in the greatest of what you possess; your Islam and your Aqeedah, and you have no fortification against this government that takes the disbelievers as allies and follows their path, and even executes everything that makes our country openly secular, and the result is inevitable… The Director of the Supreme Council for Advocacy in Khartoum (Dr. Jaber Owishah) announced the results of a recent scientific study on atheism conducted by International Orientalism Center in 11 universities in the state of Khartoum, which observed 1200 cases of atheism, of which 928 cases were called to repent.

In the ninety-eighth anniversary of the destruction of the Khilafah (Caliphate), is it not the time for us to know the facts, including the fact that there is no protection and no shielding for Muslims except by the establishment of the Khilafah?! «إِنَّمَا الْإِمَامُ جُنَّةٌ يُقَاتَلُ مِنْ وَرَائِهِ وَيُتَّقَى بِهِ» “The Imam (a commander of the Muslims) is a shield for them. They fight behind him and they are protected by (him from tyrants and aggressors)”. So, let’s be honored to work for its establishment, Rashidah (righteous) on the method of the Prophethood, to take care of the Ummah and protect it, and carry the goodness to the world.