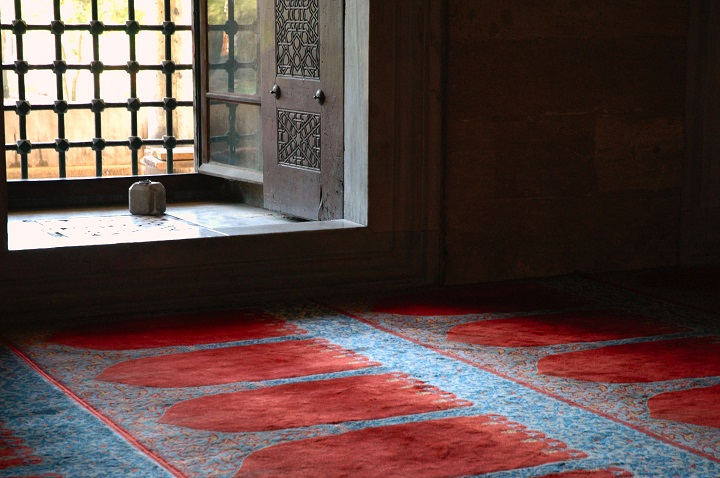 Imagine on the Day of Judgement all our ibadaat and good deeds are rejected by Allah, because we have been involved in a major sin throughout our lives? In Islam, all our actions are interrelated; one wrong act can nullify our other good deeds. We know those who fast will be made to enter Jannah through the door of Ar-Rayyan, but it is important to know that there are certain acts that can nullify our fasts. The Prophet (saw) said in a hadith reported by Abu Huraira:

“Whoever does not leave evil words and deeds while fasting, Allah does not need him to leave food and drink (i.e. Allah will not accept his fasting).’’(Sahih Bukhari).

Hence, if someone is involved in evil speech and evil actions while fasting, their fast won’t be accepted. Similarly, if someone prays, but is not staying away from fahisha (vice), their salah won’t be accepted, since one of the inseparable quality of the prayer is that it restrains a person from evil and indecent acts as Allah says:

If that is not achieved, then prayer will be rendered invalid.

It is necessary to reflect why Allah (swt) does not accept the salah of those who are involved in fahisha, and the fasts of those who does not refrain from their evil speech and actions. Allah (swt) has revealed a Deen which is comprehensive, so when He (swt) obligated the prayer and other personal ibadaat (worships), He (swt) has even obliged us Ahkam (rulings) regarding mannerism too. So, we cannot restrict ourselves on salah and fasting and ignore other ahkam. Rather, Allah (swt) has also commanded us to change our behaviour and personality and how we deal or have relationships with others according to His commands. A person who prays and fasts while not willing to obey Allah to stay away from fahisha or evil speech, then he wants to obey Allah in one hukm but neglects His commands in other things i.e, Sami’na wa ata’na (I hear and I obey) in one aspect and Sami’na wa a’sayna (I hear and I disobey) in other aspects. So, Allah Knows Best whether this person is fearful and sincere to Him (swt) or not.

Alhamdulillah, some might be satisfied that they are not involved in fahisha, so their salah will be accepted, and they do not speak evil or perform evil actions, so their fast will be accepted by Allah (swt).

But unfortunately, it is not simple as that. What if we are told that all our ibadaat, our fast and good deeds might get nullified because we are involved in a major sin due to an important obligation being abandoned? What should be our attitude? Whatever we are obeying Allah (swt) in, day and night, imagine on the Day of Judgement if all these get rejected by Allah (swt). Surely we would want to know if any such sin is there so that we do not want Allah to reject our ibadaat, since we all strive hard to please Him. We do so many good deeds thinking we are going closer to Allah (swt), but what if the Prophet (saw) says to us that this one sin might wipe away all our deeds and dying with this sin can make it a death of dying other than Islam?

The Prophet (saw) said in a hadith reported by Muslim,

“Whosoever dies without having the bay’ah on his neck, dies the death of Jahilliyah.” (Muslim).

According to the scholars, the ‘death of Jahiliyyah’ indicates the seriousness of the sin that it is prohibited to die without having the pledge of allegiance given to the Khalifah. This means that it is an obligation for the Muslims to have a Khalifah to whom we can give a pledge to avoid this sin. The Arabic wording “من” “‘whoever’ shows that the obligation is upon all the Muslims.

The above hadith of dying the death of jahiliyyah (pre-Islamic period) is narrated in other books of narration,

“Whoever dies while there was no Imam of the Jama’ah ruling over him, he would die the death of Jahiliyyah.”

This hadith signifies the same sin that living under kufr systems without the Khalifah (Caliphate) over us, even after Allah (swt) revealed complete systems of life, would be a life in Jahiliyyah and dying under such a system would be a death of Jahiliyyah. So, even if when we have prayed, fasted the month of Ramadan and given zakah, performed other obligations, this can still lead to the worst death of dying under a system other than Islam, unless we strive to fulfill this collective obligation. Wouldn’t it be a serious matter if we leave our obligatory fast of Ramadan without any reason?

The death of jahiliyyah as a consequence for Muslims for not having bay’ah given to the Khalifah indicate many things. It indicates that only becoming a good person ourselves, by performing only personal obligations, having good morals, being a good father, mother or neighbour are not enough since we have still not done of fulfilled all the obligations. Islam is not just improving ourselves personally; we have still not attained righteousness, still not attained taqwa because a fundamental collective obligation in Islam, a hukm of ruling by what Allah (swt) has revealed still remains abandoned. Allah (swt) commanded that we need to enjoin good and forbid evil and correct the societies according to Islam. Without a Khalifah implementing Islamic systems upon the Ummah to keep societies regulated by Allah’s ruling, people will go corrupt, misguided, deprived of their basic needs, hudood of Allah getting violated with all zulumaat (darkness) being spread. We as Muslims will be questioned for these as well. When we restrict ourselves to personal ibadaat by leaving out the rulings and systems of Islam, it will not stop our Qur’an being burnt, our Prophet (saw) being insulted, our sisters selling their children due to poverty, our Muslim brothers and sisters getting slaughtered, raped, and bombed, our children going on path of fahisha and many more problems. So there shouldn’t be a misconception that we became an obedient believer while society is in chaos and fitna due to kufr systems. No wonder that Allah (swt) has kept such a big punishment of wiping away whole of our life’s ibaadah, because the repercussions and losses are so huge in the world for the whole humanity. Islam is a comprehensive Deen, which commands us to take care of ourselves, our families, the whole Ummah and humanity based on Islam, and not abandon them.

In this month of Ramadan since doors of Jannah are open for us, let’s rush to the obedience of Allah (swt) and embark on fulfilling this collective obligation, along with other obligations so that we are saved from the death of jahiliyyah and all our deeds and ibaadat are accepted by Allah (swt).