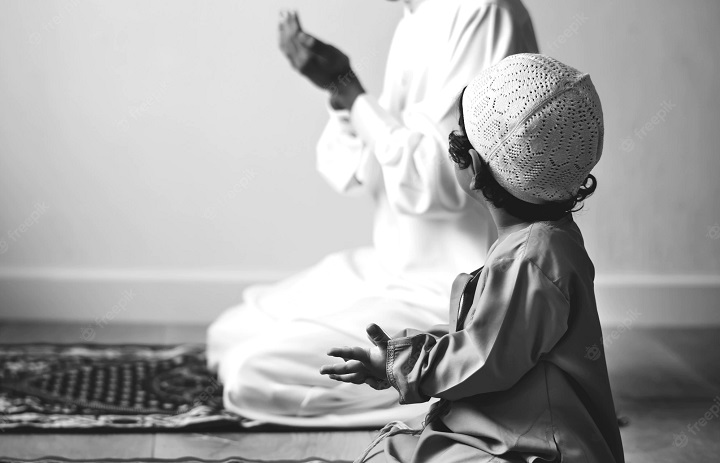 “O you who have believed, protect yourselves and your families from a Fire whose fuel is people and stones, over which are [appointed] angels, harsh and severe; they do not disobey Allah in what He commands them but do what they are commanded.” [TMQ: Surah At-Tahrim vs. 6; Saheeh International]

Allah (swt) has commanded His slaves to protect their families from the Hellfire by adhering to what He (swt) has commanded us to do and by refraining from that which He (swt) has prohibited. As believers, we have made a promise to Allah (swt) to do that we would strive to remain on the straight path in this life and to raise our families to adhere to the commandments of Allah (swt). Unfortunately, since the destruction of the Khilafah (Caliphate) in 1924, this has become increasingly harder to do and nearly impossible in the post 9/11 world where Muslims and Islam, more so than ever, have been placed as public enemy # 1.

After 9/11, the United States, and the West declared the ‘War on Terror’, which enabled them to enact ‘anti-terror’ laws on the basis of security. Wire-tapping, spying, and cases of entrapment became the norm in mosques across the West, as well as Countering Violent Extremism (CVE) initiatives that were used to profile Muslim youth.

They used the media and Hollywood to propagate the stereotype that Muslims, hate the “freedom” of the West, are violent by nature, and secretly plotting the next attack at any moment. The propaganda accelerated quickly to convince the masses that traditional Islamic principles, such as jihad, the institution of marriage, inheritance laws, the guardianship of women by their mahrem…etc., as backward and oppressive.

They immediately set out to show burqa clad, or hijab wearing women as being subjugated and in need of Western feminist values to rescue them from the clutches of Islam, Astaghfirullah! Feminism has had its own detrimental effect on Muslims, where men and women have become competitors with each other in all spheres of life, as opposed to partners working together for the sake of Allah (swt). It has taken the mother, the heart of the home, out of the house, and into the workforce, not to bring her equality and respect, but to make her a producer and a consumer to the benefit of the capitalist elite.

The imposition of capitalism and secularism on Muslims in both the East and West has encouraged us to be materialistic and individualistic. Our focus shifted from the Akhirah to gaining the worldly pleasures of new phones, fast cars, big houses, expensive vacations, and designer wear.

Even when one cannot afford it, the temptation of bank loans and credit cards is there to satisfy the desire to fit in.

The constant attacks on our way of life and the imposition of ideals that are the antithesis of Islam has led Muslims, especially those living in the West, to become defensive and apologetic about our Deen. By trying to look more American, or more British, we inadvertently started to internalize the Islamophobic rhetoric that has been drilled into us by Western governments, their puppets in the Muslim lands, and the media. We no longer sought the approval of Allah (swt), but that of the kuffar. This way of thinking and living has had a detrimental effect on Muslims, especially the youth, who are confused about their identity and where their viewpoint on life should emanate.

How can we protect our families from the hellfire when the societies we live in make us feel as if our identity as practicing Muslims is “radical”, but if we accept foreign secular ideals like, LGBTQ+, zina, feminism, freedom of choice, etc., then we are allowed a seat at the table? All of this will eventually make us lose our identity as Muslims altogether, and make Islam nothing more than a set of rituals that we maintain rather than what Islam came to do as a wholistic system of laws to be implemented as a mercy to humankind.

This is why for us to fulfill our promise to Allah (swt) to protect our families from the hellfire, we need to work to fulfill the obligation of the Khilafah (Caliphate), which will ensure that Muslims are living in a society in accordance to the criteria set by our Creator.

Alongside being able to fulfill our promise to Allah (swt), we will, through the implementation of Allah’s (swt) Shariah, bring His justice, protect the innocent, and safeguard our Deen in this life in hopes of achieving the highest level of Jannah in the Akhirah.

“Behold, the Imam is but a shield from behind which the people fight and by which they protect themselves.” [Muslim]