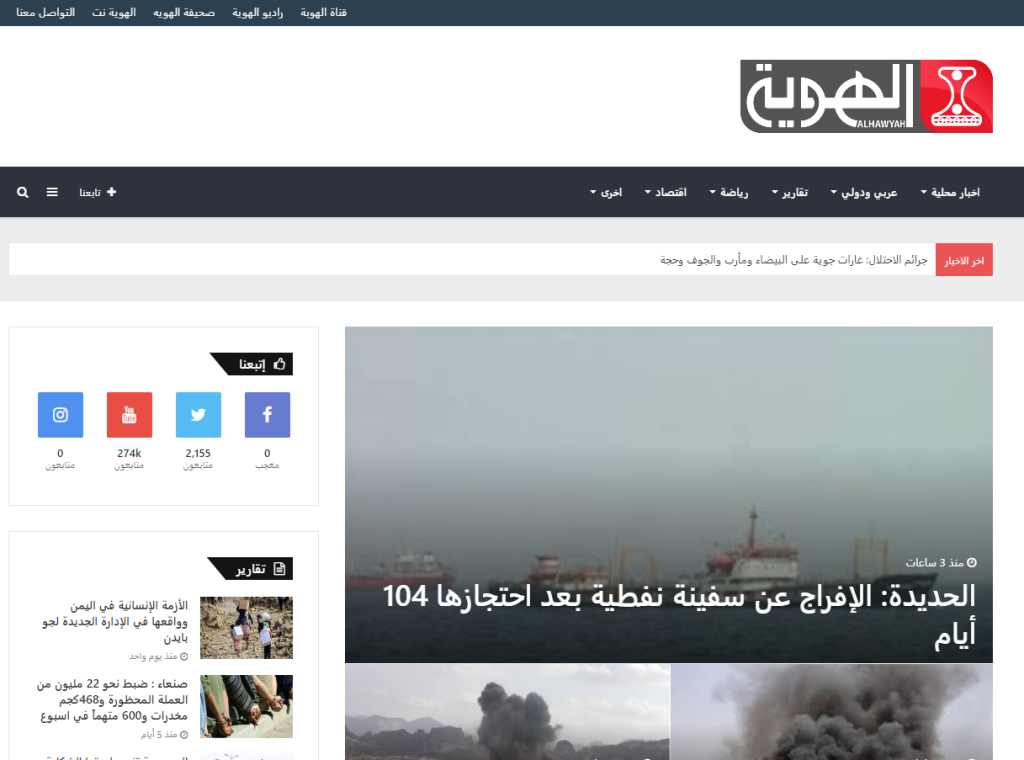 It is the System of Government in Islam, whether People Accept it or Dislike it

Islam’s return as a political entity; the Khilafah (Caliphate) State, worries the Western countries deeply, as its return means the elimination of their influence that lasted nearly a hundred years, and a catastrophic failure of the monarchical and republican regimes that they established in Muslim countries, after the First World War. The countries of the West are shared in this concern by sons of the Muslims who are smitten by the West, who have followed their path, were guided by their guidance and support what comes out from them, and separated Islam from life.

The wave of contempt and attack at the Khilafah (Caliphate) spreads throughout Muslim countries, and this time it appeared in Yemen, specifically through Al Hawyah Channel affiliated with the Houthi movement, whose director Muhammad Ali Al-Imad said on air: that he is a “secularist.” Therefore, he is following in the footsteps of Mustafa Kamal, the destroyer of the Khilafah (Caliphate), and Fahd Bin Abdul Aziz, who declared that he would not be like Mustafa Kamal and destroys Islam from the outside, rather that he would destroy it from the inside. Therefore, it is not strange for his channel to attack the Khilafah!

And if we take a look at others attacking and despising the Khilafah; we will find their hands tied to the hand of the colonial West, who pledged not to remove the republican system of government that they brought to them, and to confirm their sincerity to them. So, the Houthis invited them (the West) to put for them the vision of the modern Yemeni state in which they re-drew for them the separation of religion from life in a detailed way in governance, economy, international relations and education … etc.

Now there is the United Nations, UNICEF, UNESCO, FAO, OCHA, the World Food Program, and a flood of American and other organizations leading “humanitarian work!” in Yemen, and their representatives, such as Martin Griffiths, Lise Grande, Jean-Nicolas Beuze, Philippe Douville, Anna Paolini, Alfredo Impiglia, and others who have plotted against to Islam and its people, day and night, and are still plotting.

Islam is a proof challenging the people, and people are not the proof challenging Islam. Whoever takes Islam in a pure way has succeeded, and whoever quaffs up impurity, will see the results. The Messenger ﷺ said: «قَدْ تَرَكْتُكُمْ عَلَى الْبَيْضَاءِ لَيْلُهَا كَنَهَارِهَا لَا يَزِيغُ عَنْهَا بَعْدِي إِلَّا هَالِكٌ» “I am leaving you upon a (path of) brightness whose night is like its day. No one will deviate from it after I am gone but one who is doomed” [Narrated by Ibn Majah on the authority of Al-Irbadh Bin Sariyah]. The coming Khilafah is the Khilafah of the Muslims and because it is on the method of Prophethood, it will be established inevitably as Allah (swt) has promised in His saying: وَعَدَ اللَّهُ الَّذِينَ آمَنُوا مِنكُمْ وَعَمِلُوا الصَّالِحَاتِ لَيَسْتَخْلِفَنَّهُم فِي الأَرْضِ كَمَا اسْتَخْلَفَ الَّذِينَ مِن قَبْلِهِمْ “Allah has promised those who have believed among you and done righteous deeds that He will surely grant them succession [to authority] upon the earth just as He granted it to those before them.” [An-Nur: 55].

Those are the ones who have taken the Shariah method as the way for its establishment, and did not deviate from it even slightly, until victory from Allah (swt) descends upon them. The Messenger ﷺ said: «ثُمَّ تَكُونُ خِلَافَةٌ عَلَى مِنْهَاجِ النُّبُوَّةِ» “…then there will be Khilafah on the method of Prophethood” [Narrated by Ahmad from Al-Nu’man Bin Basheer].