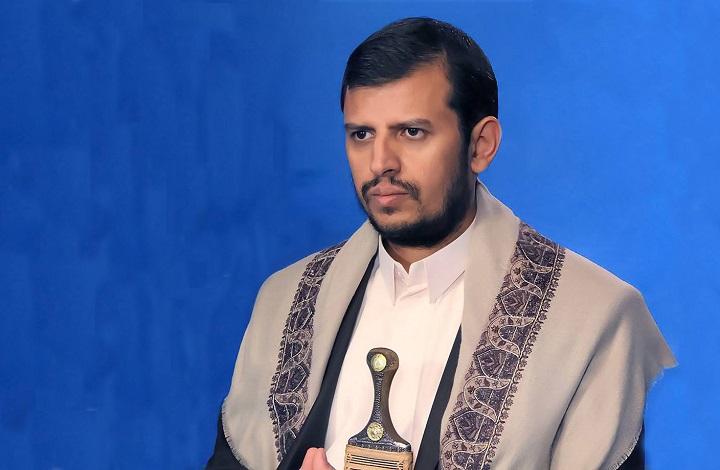 As usual, Abdul-Malik Badreddin al-Houthi gives daily lectures every year throughout the holy month of Ramadan. Al-Thawra Daily Newspaper published in Sana’a publishes the lectures daily on its third page. In his twentieth lecture on the 20th day of Ramadan corresponding to Sunday 05/02/2021, he spoke partly about the succession (istikhlaf) that Allah (swt) has given to humankind on earth.

(وَخَلَقَ مِنْهَا زَوْجَهَا), “and both were assigned and from it He created its mate…”

(وَكُلاَ مِنْهَا رَغَداً حَيْثُ شِئْتُمَا وَلاَ تَقْرَبَا) “…and eat as freely as you please, but do not approach this tree…”

Allah (swt) has made Adam, peace be upon him, His successor to live on earth according to a system established by the Almighty.

He did not mention the succession in Islam – the final message – which we are about to have and is nearly its time, so Abdul-Malik did not utter, the second Khilafah Rashidah (rightly guided Caliphate) upon the method of the Prophethood, even though the evidences for it is based on the Qur’an, Allah (swt) says:

“We certainly help Our messengers and the believers, (both) in this worldly life and on the Day the witnesses will stand forth for testimony” and from the Sunnah the Messenger of Allah (saw) said:

«ثُمَّ تَكُونُ خِلَافَةً عَلَى مِنْهَاجِ النُّبُوَّةِ» “…then it will be a Khilafah (Caliphate) upon the method of Prophethood.”

Work began to empower Muslims on Earth in 1953 by the great scholar Taqi al-Din al-Nabhani, may Allah have mercy on him – the founder of Hizb ut Tahrir – from Jerusalem to establish the Khilafah (Caliphate) following the method of the Messenger in establishing the first Islamic state, after the demolition of the Khilafah on 28 Rajab 1342 AH / 3rd March 1924 CE and the elimination of the rule of Islam from earth, and the imposition of the Western pattern of rule that is unfortunate on the Muslims, which did not satisfy its owners, so how about the Muslims?!

Abdul-Malik began his lectures throughout the month of Ramadan as a preacher who directed it only to his group that handles governing matters in Sana’a in sharing with the General People’s Congress, and did not appear in it as the ruler to whom the disposition of the affairs of government and politics belongs to! Those who work in Yemen with the rest of their brothers around the world to succeed in the land and empower the Muslims by establishing the Khilafah Rashidah upon the method of the Prophethood are pursued by Abdul-Malik Al-Houthi – the lecturer on succession – and his servants with detention and thrown behind bars for periods ranging from months to years, where a number of them are now languishing in Al-Saleh prisons in Taiz governorate, and Habra in Sana’a city, which are excluded from the widespread operations to release prisoners.

Muslims will never have happiness in both worlds except under the succession that Allah imposed upon them to establish the second Khilafah Rashidah upon the method of the Prophethood to rule with Islam, unify the countries of Muslims, and carry Islam as a message to the world, after they have suffered what they have suffered since the demolition of the Khilafah and the rule of Islam. The Messenger of Allah (saw) said:

“Indeed the religion began as something strange and it will return to being strange. So Tuba (glad tidings) is for the strangers who correct what the people have corrupted from my Sunnah after me.” And he (saw) said:

Hizb ut Tahrir – the pioneer who does not lie to its people – has rolled up it sleeves to work for the establishment of the second Khilafah Rashidah upon the method of the Prophethood, in fulfillment of the order of succession and fulfillment of the promise of Allah the Almighty and the glad tidings of His Prophet (saw) who:

“does not speak of his own whims, It is only a revelation sent down (to him).”