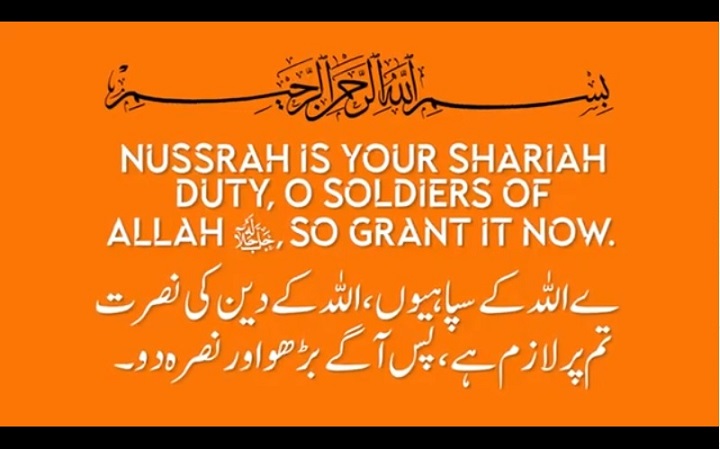 During the current political crisis, it’s an Islamic obligation upon Pakistan’s armed forces to grant Nussrah, for the immediate establishment of the Islamic State.

The Messenger of Allah ﷺ personally demanded Nussrah for the Deen from the men of war, asking,

“Do your people have strength?”

So, after the Second Aqabah Pledge of Nussrah, the troubled Yathrib became the powerful Al-Madinah Al-Munawwarah.

Indeed, we all want the ruling by all that Allah ﷻ has revealed. We must demand that our military officers grant Nussrah for the re-establishment of the Khilafah (Caliphate) on the Method of Prophethood.