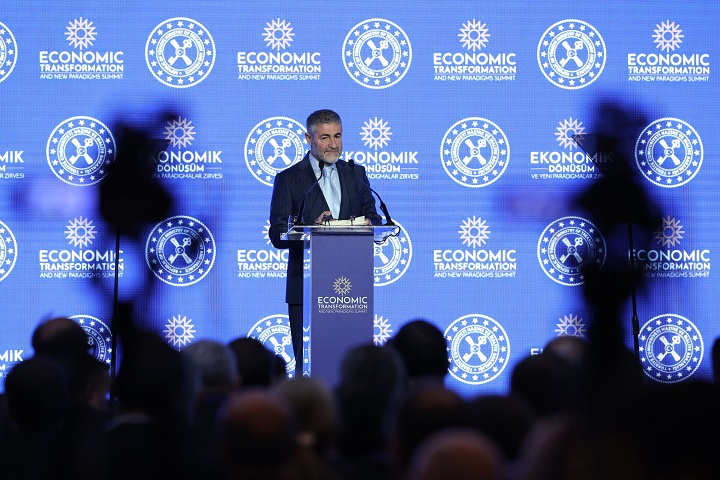 Nureddin Nebati, Minister of Treasury and Finance, who made an opening speech at the “Economic Transformation and New Paradigms Summit” hosted by the Ministry of Treasury and Finance, presented statements regarding the economy. Minister Nebati interpreted the economy by using eccentrical loanwords and used these statements: “The heterodox approach, which represents an epistemological break from neoclassical economic thought, gains more importance with behavioral and neuroeconomics that are increasingly coming to the fore today.” (29.09.2022 Agencies)

Comment:
The Turkish financial crisis, which affected everyone together with the depreciation of Turkish lira after the pandemic, continues to bend the people double by deepening day by day, because a realistic step hasn’t been taken yet. The government officials who feel obliged to make a statement to the people within the upcoming elections atmosphere on the other hand, try to distract the real source of the problem from the eyes by saving the day over initiatives like the “Turkish Economic Model”. However, every sentence of the Minister of Treasury and Finance has to be translated into spoken language and the government officials sink down as they speak, they grow apart from the people as they speak.

Nureddin Nebati, Minister of Treasury and Finance, who made fun of the people’s financial difficulty by giving the answer “Can you look into my eyes? The economy is the sparkle in the eyes” to a question concerning the figures in the new system during a TV program he attended last year, this time became subject of debate in the public opinion because of loanwords he used during the ‘Economic Transformation Summit’.

Minister Nebati, who went between the words heterodox and orthodox throughout his speech, actually showed that what is called the ‘Turkish Economic Model’ is nothing but the Turkish version of capitalism, because every knowledge bears an ideological content and the concepts used by Nebati are not independent from the capitalist ideology. Moreover, it is enough to look at the applied system and the carried out economic policies since the establishment of the republic to understand Turkey’s dependence to the capitalist ideology.

That is the case; an economic system in which the domestic currency depends on the American dollar, where the usurious banks act as engines in the economy, where the labor and earnings of the people are exploited through taxes and manipulation, and most importantly, where the laws in force are determined according to global capitalist rules. This does not change the fact that it is a capitalist system, no matter what name is given or what clothes are tried to be put on.

What partially distinguishes Turkey from other economies, which Minister Nebati wants to explain with the concept of ‘heterodox’, is the deliberate reduction of the value of the Turkish lira by the rulers and the Central Bank. Normally, the duty of the Central Banks in the world is to add value to the country’s currency through interest, but in Turkey an opposite policy is being followed.

According to the government’s thesis, export would increase with the implementation of the new Turkish economic model, and the current account surplus would be given with the increase in foreign trade surplus and domestic production, and thus inflation would decrease. However, since September 2021, when the Central Bank reduced the interest rate, inflation has multiplied, and the current deficit and foreign trade deficit continue to grow and the exchange rate continues to rise. Although President Erdogan tries to justify this policy over the thesis “interest is the cause, inflation is the result” by supposedly opposing interest, in fact, the winner is again the interest rate lobbies and the loser is the people of Turkey, because when we look at the economic indicators, the picture is exactly the opposite of what President Erdogan said. Likewise, in the first 6 months of 2022 when the new model, which is said to be combating interest, was implemented, the profit rate of the banks has exceeded 400%. Not to mention many other negative data that erode the incomes of the people.