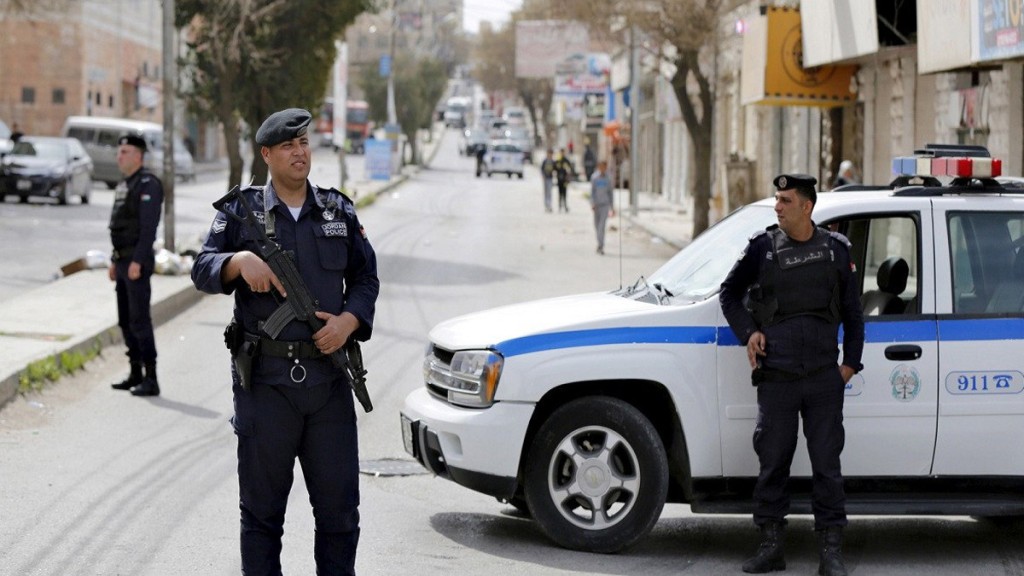 The crime of assault of the Zarqa boy shook the feelings of society in Jordan as a result of its hideousness and its occurrence in broad daylight by a criminal gang that is accustomed to committing crimes within earshot of the security and judicial agencies, at a time the regime in Jordan talks about the security and safety that people enjoy, while poverty, unemployment and hunger have reached an extent that does not herald security or safety, and while it talks about the rule of law, there is no sovereignty even for this unjust, tyrannical man-made law that would generate crime, injustice and aggression.

The truth is that all this is happening because of the absence of Allah’s law and the failure to implement the provisions of Islam, the religion that Allah has accepted for us, and He made in it the laws, provisions and regulations that regulate our political, economic and social life, which protect society, its individuals and all its components, and make life safe and secure, closed to corruption and the corrupt and expelling crime and criminality, for our security is in the application of the law of our Lord, أَفَحُكْمَ الْجَاهِلِيَّةِ يَبْغُونَ وَمَنْ أَحْسَنُ مِنَ اللّهِ حُكْماً لِّقَوْمٍ يُوقِنُونَ “Do they then seek after a judgment of (the Days of) Ignorance? But who, for a people whose faith is assured, can give better judgment than Allah” [Al-Maida: 50].

The major crime and fertile soil for other crimes, including murder, kidnapping, indecent assault and brutal abuse, are the fruit of this corrupt man-made legislation that the legislative councils of representatives are making – which today they invite people to participate in their election – this legislation that does not preserve human life, does not achieve justice, and does not secure people’s sustenance and education, and does not treat their patients, rather it is the one which spreads corruption in all its forms and tools. The Almighty says: يُرِيدُونَ أَن يَتَحَاكَمُوا إِلَى الطَّاغُوتِ وَقَدْ أُمِرُوا أَن يَكْفُرُوا بِهِ وَيُرِيدُ الشَّيْطَانُ أَن يُضِلَّهُمْ ضَلَالاً بَعِيداً “They wish to refer legislation to Taghut, while they were commanded to reject it; and Satan wishes to lead them far astray.” [An-Nisa: 60].

So, how can criminals who have become accustomed to criminality be left free to wreak havoc on earth under the eyes of the regime and its security apparatus, and the insufficiency and corruption of legislation and the law to which the judiciary obeys, and turn a blind eye to their criminal precedents without deterrent punishments, had it not been for the corruption of the legislative system and man-made law that is insufficient and incapable of establishing justice among people, and the double standards and the interference of wicked mediators from officials in the security, judiciary and legislative councils themselves, as if we are living the law of the jungle?

One of the most heinous crimes is for the regime’s security services to be occupied with monitoring Dawah carriers who say Allah is our Lord and call for the implementation of Islam in order for the real security to prevail, that which Allah Almighty has shown in his saying: الَّذِينَ آمَنُوا وَلَمْ يَلْبِسُوا إِيمَانَهُم بِظُلْمٍ أُولَٰئِكَ لَهُمُ الْأَمْنُ وَهُم مُّهْتَدُونَ “They who believe and do not mix their belief with injustice – those will have security, and they are [rightly] guided.” [Al-Ana’m: 82].

Rather, on top of that they arrest the Dawah carriers, terrorize their women and children, violate the sanctity of their homes, and allow the corrupters and criminals wreak havoc on the earth without deterrence and no restraining punishments that Allah Almighty has shown in the clear Revelation, وَلَكُمْ فِي الْقِصَاصِ حَيَاةٌ يَا أُولِي الْأَلْبَابِ لَعَلَّكُمْ تَتَّقُونَ “And there is for you in legal retribution [saving of] life, O you [people] of understanding, that you may become righteous” [Al-Baqara: 179].

We call upon you to reject these man-made laws and the rotten man-made system, and to work to radically and comprehensively change the situation by restoring the rule by what Allah has revealed and the establishment of the second Khilafah Rashidah (rightly guided Caliphate) on the method of the Prophethood that establishes justice among you and brings retribution against those who wronged, and by which Islam and Muslims are honored, and all people live a peaceful life in security, tranquility and stability under Islam.