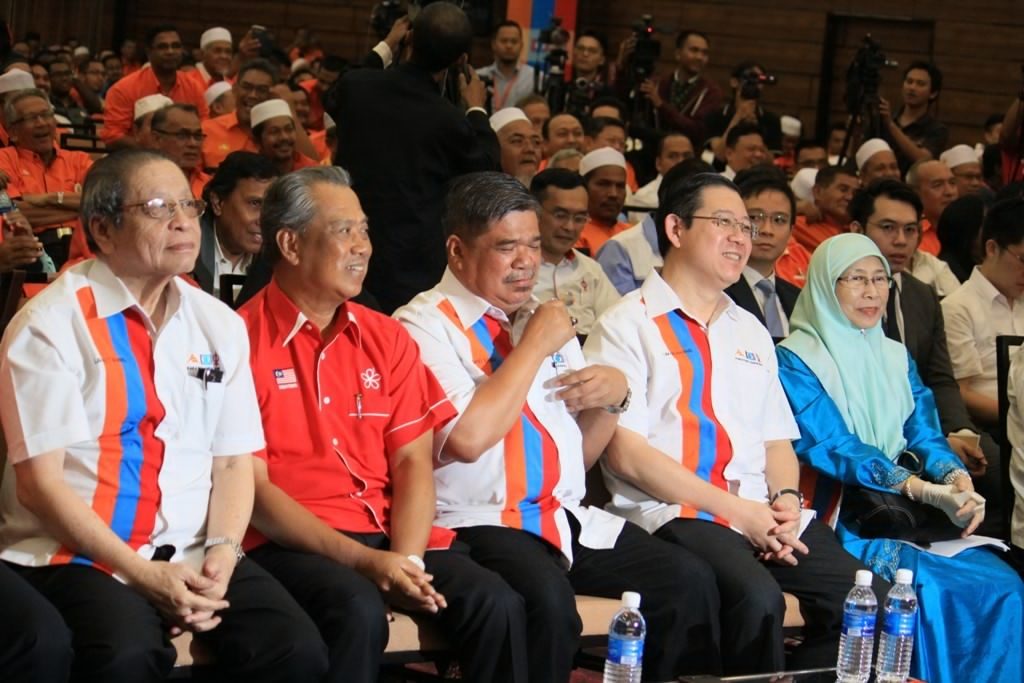 Earlier this month, the Pakatan Harapan (Opposition Pact) leaders had unanimously agreed to name Tun Dr. Mahathir Mohamed as the Prime Minister if they win the forthcoming 14th General Election. The appointment of Mahathir is however deemed as transitory while waiting for Mr. Anwar Ibrahim to be released from jail and pardoned in order to qualify him to contest in the election to be the eighth Prime Minister of Malaysia. The naming of Mahathir as the Prime Minister to be had stirred debate within religious circles as to whether nomination of the Leader of the State is allowed in Islam.

Islam has long ascertained that the legitimacy of a State leader is determined only by the process of bai’ah (pledge of allegiance). This process or methodology is based on the Quran, the Sunnah and the consensus of the companions. In Islam, the leader is called the Khalifah and he is to rule strictly by the Book of Allah and the Sunnah of His Messenger. It should also be clear that when bai’ah was carried out for Rasulullah ﷺ, it was a bai’ah that confirms his leadership and not a bai’ah that confirms his Prophethood. This is because prophethood is a matter of Aqeedah, not a matter of bai’ah. Henceforth, the legality of the leadership of the Islamic State is dependent of the fact that the conditions of the bai’ah are met.

In terms of nominating the leader, although Rasulullah ﷺ did not nominate the successor of his leadership, this act is justified by Islam and can be seen during the appointment of Khulafa ‘ar-Rashidin. All the companions involved in the appointment of the first four Khalifah approved the procedure and this practice was agreed upon by them. In the case of the election of Abu Bakr (ra), four companions were nominated but after intense discussion, Abu Bakr was proclaimed the Khalifah and on the second day, Muslims were invited to the Masjid an-Nabawi to offer bai’ah to Abu Bakr there. The first bai’ah at the Saqifah Bani Saidah is  known as bai’ah in’iqad (appointment) which legitimizes Abu Bakar as the Caliph of the Muslims while the bai’ah at the Masjid on the second day is known as bai’ah tha’ah (pledge of obedience) by the Muslims as a whole.

Abu Bakr nominated Umar to take his place and when he died, Umar was given the bai’ah. Umar did not nominate a single person to succeed him, rather he nominated six companions as his successor where finally Uthman (ra) was given the bai’ah. After Uthman was killed, there was no other candidate besides Ali bin Abi Talib (ra) to assume the Caliphate. Ali was in turn given bai’ah and became the Khalifah.  Based on the events that had occurred, it is clear that the nominees were announced to the public and that the conditions of in’iqad were manifested for each Khalifah. Clearly the process of nomination and legalization of the leadership in Islam as had been practiced by the companions of Rasulullah ﷺ were in accordance with the Book of Allah and His Messenger. Hence, Islam allows the Khalifah or the people of influence (ahlulu halli wal aqdi) to nominate whoever he/they deem fit to be the next Khalifah.

What about the issue of nominating the Prime Minister of Malaysia? The most fundamental difference between the nomination of the next Prime Minister of Malaysia and the nomination of the Khalifah for the Muslims is the basis on which the system of government is built upon. In Islam, nomination of the leader is strongly bound to the fact that this leader is obliged to implement the laws of Allah and His Messenger. In the current democratic system, the main motivation is merely to change the face of leadership, not change of the system.  The focus is simply to attack and overthrow the individual, not the system, because it is the individual that is allegedly damaging the country. Consequently, the idea of nominating the Prime Minister under the democratic system is not about changing this fundamentally corrupt system but is about changing the face of leadership. Notwithstanding this, if the nominated Prime Minister was successful in achieving the position, the legality of his leadership in Islam is not fulfilled without the process of bai’ah. But we don’t even have to consider this aspect because the system is itself non-Islamic! Clearly, the right perspective to look at this issue under the light of Islam is not about the nomination but rather about the legitimacy of the democratic process itself.

It is here that Muslims need to be aware of the democratic traps prepared by West in Muslim countries over the years. This system only allows the exchange of government ‘faces’ but does not allow the system itself to change. Any attempt to change the democratic system to another system is considered as a crime! The West has undoubtedly succeeded in making democracy a ‘holy grail’ for Muslims to ‘believe in’, hence any criticism or attempt to overthrow this system is a ‘great sin’! Malaysia, as a Muslim nation, should not be immersed in the discussion of who qualifies as the Prime Minister, but must understand that the person who deserves to rule the country and the world is the Khalifah, not the Prime Minister or the President or the likes. Muslims need to be aware of their duties and roles that we are obliged to appoint a universal leader for the entire Muslim Ummah and restore the Khilafah system instead of trying to ‘improve’ the corrupt democratic system and sustain the Western hegemony over us.