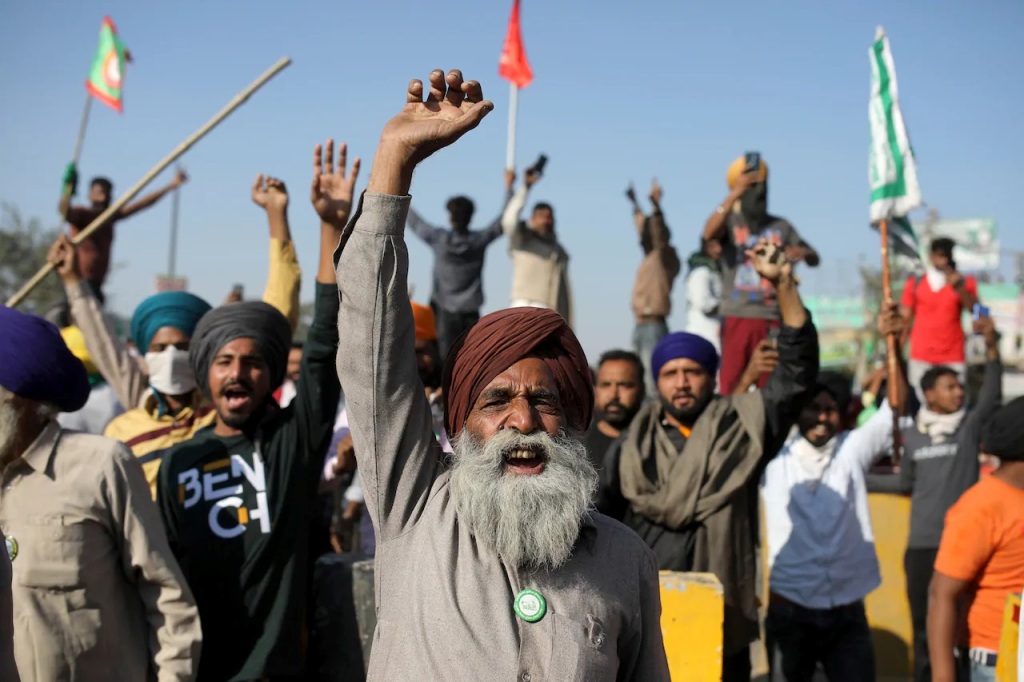 The farmers protest in India entered day 29 on Thursday and farmers have decided to continue their protests until the government repeals the contentious farm laws that aim to liberalise the agricultural economy. (Source: hindustantimes)

Indian Prime Minister Narendra Modi seems to be in trouble again because of his reform agenda. He is barely out of the uproar caused by the Citizenship Law Amendment Bill and crackdown on interfaith marriages in the name of forced conversions, as most cases had Hindu girls converting to Islam. These farmers are from the Sikh-dominated state of Punjab and they have been protesting since November 26, and although the Government is unable to sympathize with their plight; workers, teachers and other unions are supporting the farmers.

India’s farming sector provides livelihood to nearly 70% of the country’s 1.3 billion people. India’s farming sector has been ignored since the last few decades. More than 85% of farmers have less than five acres of land. Farmers have been facing water shortages, climate change and debt. More than 300,000 farmers have killed themselves since the 1990s. As farmers make a crucial vote bank, Modi, like previous governments, made many promises, one of them doubling their income by 2022, but this was all lip service to gain votes. Now through this new law Modi has taken away their protection against being exploited. Farmers fear that by this law, land, farmers and cattle will be enslaved by the rich of the country.

Islam spread in coastal India through sea merchants. Many Hindus from the lower social and economic strata converted to Islam. Later when Sultans came to India they brought along Sufis who introduced Persian irrigation wheel technology and agriculture became widespread and beneficiaries converted to Islam. Later on Mughals encouraged people to transform the approachable wilderness into agriculture land and it expanded their revenue base. Increase in revenue was not the only target under Islamic rule; it was a result of all the hard work done for peoples’ wellbeing. Economic System, like other systems in Islam, take cares of the affairs of the Ummah, including the non-Muslims who are living under the State. It is based on satisfaction of human needs according to Ahkaam Sharia. Whilst Muslims implemented Islam, they were the global economic power for centuries. The Indian Subcontinent before the British occupation contributed almost 25 percent of global economic output and the only reason was the implementation of the Islamic economic system.

The Subcontinent has been a part of the Islamic rule and its residents will only find peace and prosperity under the shade of Islam. According to Article 159 of the Draft Constitution of the Khilafah: The State supervises agriculture affairs and the purpose is to achieve the greatest possible use of the land. Economic revival is only possible if we re-establish the Khilafah on the method of the Prophethood and certainly it will be a source of relief not just for Muslims but also non-Muslims living under it and it will play a role in impressing people for conversion.