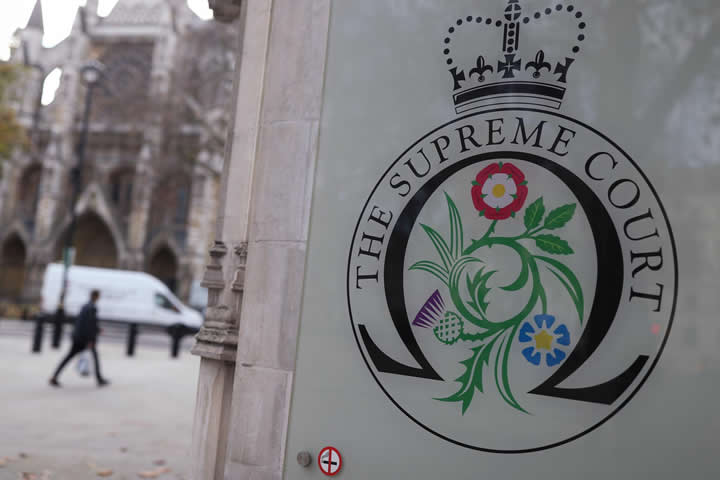 The British Supreme Court judgment in Shamima Begum’s case offers little resolution to an issue our government wishes would go away. While the court deferred to the home secretary’s decision to bar Begum from returning to Britain, it offered no solution to the intractable problem of her continued detention in a dangerous and unstable Kurdish-run camp in Syria. Right now, the government’s “solution” is to take no action and hope the issue goes away, but it will not.

Those living in [Camp Roj’s] rows of tents patrolled by men with guns are mostly children … people there are exposed “to violence, exploitation, abuse and deprivation” in conditions and treatment amounting to “torture … or other cruel, inhuman or degrading treatment or punishment under international law”. Hanging over the heads of every prisoner in these camps is the threat of torture and execution.

While the women have been widely caricatured as “Isis brides”, a label that has been used to demonise and justify the removal of their legal rights in contravention of international law, many were trafficked to Syria as teenagers after being groomed by Isis online. The UK government would prefer Begum to remain a notorious 15-second video clip, apparently indoctrinated and unrepentant. But she isn’t: she left Britain as a 15-year-old schoolgirl preparing for her GCSEs, having been groomed by a trafficking gang into making a terrible, life-altering mistake. To the UK government, this is irrelevant: she traveled to Syria, they falsely claim, “of her own volition”. This is simply not the case.

A two-day oral hearing in the case in November heard that Begum was still considered by MI5 as a national security risk because although she had traveled out as a minor, she had “aligned” herself with Isis.

It is hard to see why other countries, or non-state actors such as the Syrian Kurds, should have to detain British fighters or their families (around 60 British adults and children remain in detention in Syria). For Britain to offload Ms Begum, on grounds that this would not make her stateless because her heritage entitles her to apply for citizenship of Bangladesh (where she has never been), is an abuse of position and of history.

Policies that treat British citizens with ties to other countries differently from those without are not only unjust but discriminatory, since black and minority ethnic people are far more likely to be deported or stripped of citizenship as a result.

Some may dismiss such arguments as soft-hearted. But there is more than one way to look at the national interest. While the government’s overriding objective appears to have been avoiding Ms Begum’s return, her unjust treatment is the greater threat. For decades, community cohesion was a goal of public policy. To be united as a community, with a working social contract, people need to feel a sense of togetherness in spite of their differences. Perhaps not many people will shed tears over Ms Begum. But by developing this new protocol, whereby citizens with links to other nations can be thrown out of the country, ministers and judges risk driving a wedge between Britons. (Source: The Guardian)

Comment:
The Shamima Begum controversy has been widely exploited by corporate media to further their demonisation of Islam agenda. At the same time the role of suspicious agents in grooming for and trafficking adolescents to Isis remains beyond scrutiny. Everyone knows that the group neither represented Islam nor did it work for Islam and Muslims. No mention is ever made of the Western allies and agents who fueled the violence in Syria to protect the Assad regime. Such is the hypocrisy of the apologists for the secular ideology.

Western liberal democracies pay lip service to justice and ‘rule of law’, which is not surprising when the secular/liberal politicians’ modus operandi is ‘ends justify the means’.

Due to factors such as re-election pressures, government survival, special interest groups, pandering to hostile public opinion against certain groups (often created by the secular elites) – politicians and their cohorts all trump lofty ideals of justice, rule of law and fair trial for political gains at the expense of justice and the rule of law. This is not an aberration of the liberal democratic system, rather an inherent feature of it.

A just political system is one where the laws, rights and justice are not decided by mob rule, special interest groups or catch-all justification like ‘public interest’ or any other vacuous reasons. A just political system is one based on fixed rules, rights and non-changing standards of justice. This is only possible under the system revealed by the Creator, the All-Wise, the All-Knowing and All-Just.

For more than 100 years the world has not seen even a glimmer of justice, as the secular hegemony that serves only the interests of an elite few has dominated the world and all of its institutions. Inshaa’ Allah, with the return of the Khilafah Rashidah (rightly guided Caliphate) on the way of Prophethood, oppression can end and true justice can exist once again.