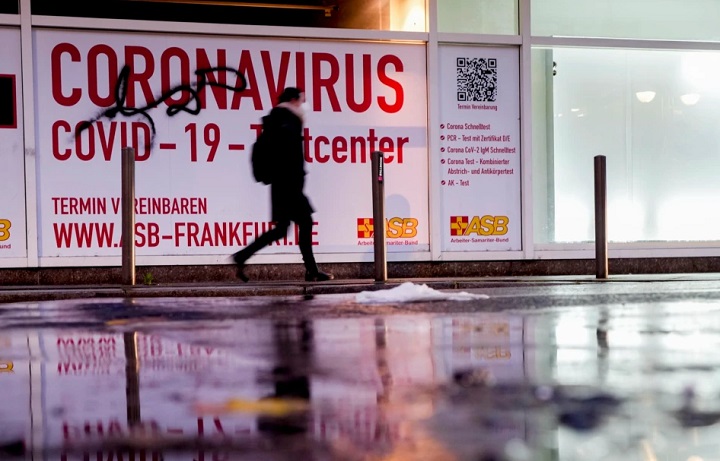 “The Netherlands will become the first western European country to impose a partial lockdown since the summer, introducing strict new measures from Saturday in the face of record numbers of new Covid-19 infections” according to the Guardian on the 12th of November, 2021. So today, the 13th of November, marks the start of fresh Covid-19 lockdowns in Europe that are being planned elsewhere.

Comment:
The new restrictions follow warnings from the health sector that hospitals are “grinding to a standstill” and the sobering announcement of the World Health Organization (WHO) last week that Europe is again at the epicenter of the pandemic. The Netherlands has a 69% double vaccination rate and yet there are now more daily cases than ever before. Just over 16,200 cases were reported yesterday and the day before, compared with a previous record of 13,032 cases on the 20th of December last year. Deaths too are on the rise, but are still very much lower than during previous waves. This general pattern is being repeated across the EU and other countries are announcing new measures in response.

People are questioning why Europe as a whole, with an EU average double vaccination rate of 65.8%, is again at the epicenter according to the WHO. So are the vaccines working? Well, yes, and no.

There is a lot of misunderstanding about immunity and especially herd immunity. Vaccines do provoke our body’s immune system to give us a lot of protection against future infection but they do not provide guaranteed and everlasting immunity, and some viruses are better than others at overcoming the protective effects of vaccines. Immunity is actually an unfortunate choice of word because the word immunity has a legal meaning that does not accurately convey the biological meaning: it is defined as “exemption or freedom from liability” according to Encyclopedia Britannica. Legal immunity is absolute, but biological immunity comes in an infinite number of shades. The immune system of the body is a highly complex arrangement of processes with many different chemicals and cells that act together in order to defend the body from deadly invaders such as the virus that causes Covid-19.

Yes, you can make it stronger and you can train it to recognize a particular virus by vaccination, but, immunity is not a thing that you can have; it is a defense that can be at varying states of effectiveness over time against invaders that have many mechanisms to conceal themselves and confuse the body’s immune system.

Because biological immunity is not absolute, as in the legal sense, so-called “breakthrough cases” of Covid-19 do occur after vaccination or prior infection, and especially if reinfection occurs soon after vaccination or occurs several months afterwards when antibody levels in the blood are waning. Protection takes time to develop, peaks and then declines. It is not an invisible force-field that either you do or do not have. Even a bullet-proof vest is not like that: if you were shot at close range, or shot with a bullet of high enough caliber, you would bleed even with a vest on.

Vaccinations against Covid-19 have been shown to greatly reduce the risk of death for several months, but with the massive increase in infectivity that the delta variant has acquired vaccination can still slow, but it can never stop, the spread of the virus. The virus can infect cells in our lungs, replicate and spread to others before our immune system clamps down upon and eliminates the infection, which is great for those who have been vaccinated but is not good for those who have not been vaccinated, as they can no longer rely on the herd immunity effect.

On the positive side, there is one misunderstanding about herd immunity that is actually overly pessimistic. People commonly think that the virus will keep on spreading until the magical percentage of vaccinated people is reached and then the virus will stop as if hitting an imaginary wall. Unfortunately delta will not stop, however, as more people are vaccinated the spread of the virus will slow down and the number of serious cases and deaths will reduce greatly as the months go by.

I believe that it is time to choose another word, such as ‘resistance’ or “defense”, rather than immunity. These are terms that may sound boring, compared to immunity coming from the Latin word immunitas meaning “freedom from…”, but choosing a more accurate term, and resistance or defense are definitely more accurate, could save lives next time a pandemic occurs. If a new terminology stops people being confused about what to expect from the public health measures being employed they will be less susceptible to inventing or believing false conspiracy theories about vaccines.