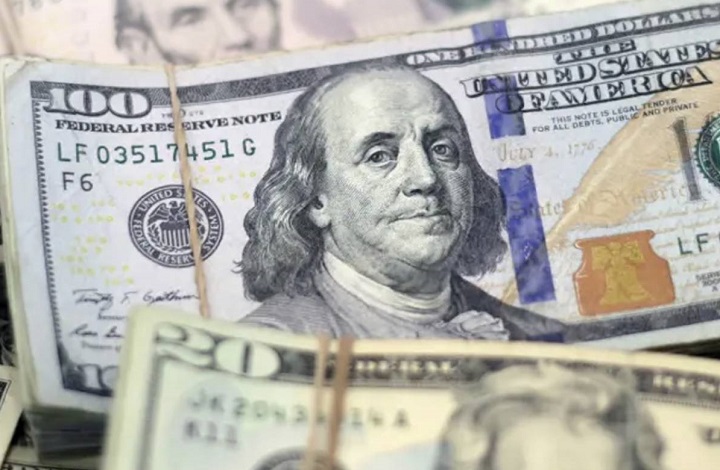 Turkey has blocked discussions on Finland and Sweden’s accession NATO hours after the countries officially launched their bids to join the alliance, a diplomatic source told DW on condition of anonymity. Turkey on Wednesday stopped NATO members from starting talks on the bids launched by Finland and Sweden to join the alliance, a diplomatic source told DW correspondent Teri Schultz, currently on assignment in Stockholm. Helsinki and Sweden handed their official bid to NATO chief Jens Stoltenberg on Wednesday morning. President Recep Tayyip Erdogan had already indicated likely resistance from his government. Such decisions require unanimous approval from NATO member states.  Ankara had raised objections to the ascension of the two Nordic states days ahead of their bids. It claims that the two are harboring Kurdish groups such as the Kurdistan Workers’ Party (PKK) and the Syrian People’s Defense Units (YPG) which Turkey has branded as “terrorists.” The EU and US also classify the PKK as a terrorist organization. Turkish President Recep Tayyip Erdogan repeated his complaints on Wednesday in Ankara, saying that “we cannot say yes” to Finland and Sweden joining NATO until they return “terrorists” to Turkey. For a country to join the alliance, all 30 members must give their consent. Nevertheless, other members of the alliance have given their full backing to the Nordic countries and remain optimistic that they can overcome Turkey’s objections. They hope to complete the process in six months rather than the usual 12 months. [Source: Deutsche Welle]

Europe will never accept Turkey as part of Europe, and NATO is a temporary alliance solely dependent on American primacy.  Europe is opposed to Turkey’s entry into the EU, and on its role from Syria to Libya. Furthermore, Europe is uncomfortable with Turkey’s presence in NATO as it has the most formidable army, which could easily reach France in a matter of days. Hence, only way forward is for Turkey to quit all Western alliances and work for the restoration of the Khilafah Rashidah (rightly guided Caliphate) State upon the method of the Prophethood.

Afghan armed forces collapsed last year because they had been made dependent on US support that was abruptly withdrawn in the face of a Taliban offensive, according to a scathing assessment by a US government watchdog. A report by the Special Inspector General for Afghanistan Reconstruction (Sigar) on the catastrophic defeat that led to the fall of Kabul on 15 August, blamed the administrations of Donald Trump and Joe Biden as well as the Afghan government of Ashraf Ghani. “Sigar found that the single most important factor in the Afghan National Defence and Security Forces’ (ANDSF) collapse in August 2021 was the decision by two US presidents to withdraw US military and contractors from Afghanistan, while Afghan forces remained unable to sustain themselves,” said the congressionally mandated report, which was released on Wednesday. The Sigar account focused on the impact of two critical events that it said doomed the Afghan forces: the February 2020 Doha agreement between the Trump administration and the Taliban, and then Biden’s April 2021 decision to pull out all US troops by September, without leaving a residual force. “Due to the ANDSF’s dependency on US military forces, these events destroyed ANDSF morale,” the inspector general said. “The ANDSF had long relied on the US military’s presence to protect against large-scale ANDSF losses, and Afghan troops saw the United States as a means of holding their government accountable for paying their salaries. The US-Taliban agreement made it clear that this was no longer the case, resulting in a sense of abandonment within the ANDSF and the Afghan population.” The ANDSF were dependent on US troops and contractors because that was how the forces were developed, the report argued, noting “the United States designed the ANDSF as a mirror image of US forces”. “The United States created a combined arms military structure that required a high degree of professional military sophistication and leadership,” it said. “The United States also created a non-commissioned officer corps which had no foundation in Afghanistan military history.” It would have taken decades to build a modern, cohesive and self-reliant force, the Sigar document argued. The Afghan air force, the main military advantage the government had over the Taliban, had not been projected to be self-sufficient until 2030 at the earliest. [Source: The Guardian]

The report cannot hide the fact that real reason for failure of the Afghan army is that US cannot win small wars. The US lost in Vietnam, Iraq and Afghanistan. The same is true for Russia in Ukraine. Despite the military superiority of great powers, they struggle against lessor foes and end up as losers.

The US dollar reached the startling milestone of Rs200 when trading closed on Thursday afternoon, gaining Re1.00 from the previous day’s close of Rs199, data by the Forex Association of Pakistan (FAP) showed. A day ago, the greenback had made a significant gain of more than Rs2 from Tuesday’s close and settled at Rs199 at the session’s end, which was the latest in a string of record highs that the US currency has been hitting since last Tuesday.  The dollar’s value already reached Rs200 in the open market yesterday. According to Saad Bin Naseer, co-founder and director of web-based financial data and analytics portal Mettis Global, the rupee’s fall is mainly on account of a lack of clarity from the government on its plans to arrest the decline in foreign exchange reserves. He pointed out that the central bank’s reserves were down by $7.5bn since January 1, adding that importers were engaged in panic buying as they were uncertain about whether the government would be able to secure funding from China, Saudi Arabia and the International Monetary Fund, talks with which are underway. “Meanwhile, exporters are holding their earnings outside the country amid a consistent fall in the rupee’s value,” he said. Speaking about today’s exchange rate, FAP secretary general Zafar Paracha told Dawn.com that today was the “blackest day” in the history of Pakistan.  For his part, FAP chairperson Malik Bostan, in a comment to Dawn.com, urged the Federal Board of Revenue (FBR) to issue statutory regulatory orders for the implementation of decisions taken to restrict imports. Importer and former president of Karachi Chamber of Commerce and Industry Abdullah Zaki told Dawn.com importers were facing the biggest loss due to the rise in the dollar’s value.    He added that the country’s import bill had increased by 20 per cent in the past month and this would affect the prices of edibles, such as lentils, powder milk and tea.Zaki recommended that the SBP may fix the rate of dollar in the interbank market for a certain period to curtail the impending inflation. He also demanded that no duties be increased on edibles. Meanwhile, Asad Rizvi, the former treasury head at Chase Manhattan, told Mettis Global that “pension cost, circular debt [of] Rs2.5 trillion, public entities [worth] Rs1.2tr and fiscal deficit of nearly 8pc are not sustainable and adding pressure” on the rupee.” The development comes as Pakistani officials resumed negotiations with the IMF yesterday, in which Finance Minister Miftah Ismail sought to clear uncertainty on two counts — that the new coalition government would stay in office and take tough decisions, undertake reforms committed in the original fund programme and complete structural benchmarks. [Source: Dawn]

30 years of forced devaluation of rupee at the behest of the IMF coupled with negligible investment in a sound industrial base has made the currency susceptible to volatility. So when the Federal Reserve decided to raise interest rates to shore up the US dollar, currencies around the world tanked, especially in the third world. The worse is yet to come for the people of Pakistan.