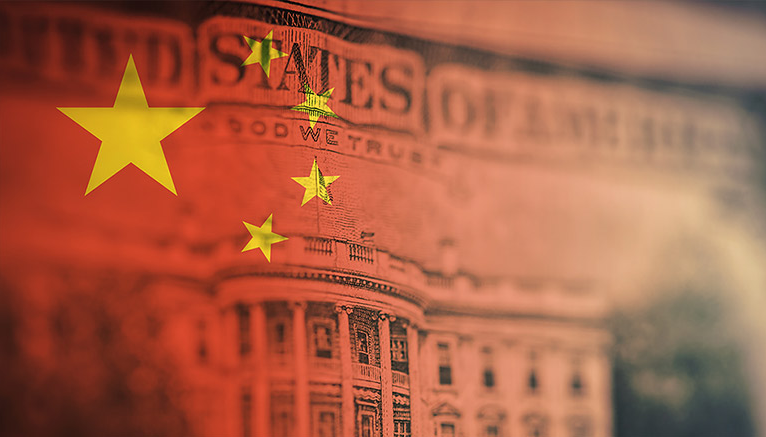 • Tunisia Wades into Controversy amid Calls for Equality

Tunisia Wades into Controversy amid Calls for Equality

Tunisia’s President Beji Qaid Al Sebsi has called for the abolition of a circular that banned Tunisian Muslim women from taking non-Muslim husbands. Al Sebsi in a speech marking Women’s Day on Sunday said that Circular 73, issued in 1973, was an obstacle to Tunisian women who wanted to marry non-Muslims. He attributed the call for the abolition to the developments in the Tunisian society and to the fact that several Tunisian women now travelled abroad to work or live. The justice minister should start the procedures to review Circular 73 in line with the constitution, Al Sebsi said. Under the current law, a Tunisian Muslim woman cannot marry a non-Muslim unless he converts to Islam and is given a certificate from the religious authorities indicating he has become a Muslim.

Any marriage contracted between a Tunisian woman and a non-Muslim abroad is not validated by the authorities in Tunisia and remains null and void. “The change in the laws will be made and it will be much sooner than you think,” Saida Guarrach, the spokeswoman for the Tunisian presidency, told a local radio. “The president of Tunisia has the right to abolish the circular which is regarded as with no or little legal value. Several Tunisian women are facing problems because of this circular. Religion is a private personal matter,” she said on Monday. Guarrach said that when the circular was approved, it was not “a religious obsession.” “It was rather aimed at addressing social situations suffered by Tunisian women. It was not legally established and it is time to abolish it.” The spokeswoman said solutions would be found for the cases of Tunisian women who had encountered difficulties as a result of the circular. She added that marriage contractors had no right to object to marriages between Tunisian women and non-Muslim men. “Their duty is purely civic and not religious,” she said.

In his speech, Al Sebsi hinted at amending the inheritance laws to allow equality between male and female inheritors. “We have a constitution for a civil state, and it is well-known that we are a Muslim population and we will not go ahead with reforms that would hurt their feelings,” he said.

“However, we have to say that we are heading towards equality [between men and women] in all fields and there is the issue of inheritance.” Al Sebsi added he had set up a committee to look into individual freedoms and equality in all fields and present a report. “I trust the intelligence of the Tunisians and the men of law. We will find a formula that will not hurt the feelings of our citizens.” The calls by Al Sebsi sparked heated debates in the North African country where Muslims, mainly from the Maliki school of thought, make up 99 per cent of the population. [Source: Gulf News]

Rulers like Sebsi have no shame in trouncing Islamic laws in favour of neo-liberal values found in the West. The desire by the elites of the Muslim world to become more like the West is the cause for the decline of the Islamic countries. For the past ninety odd years, the rein of secular fundamentalists have brought nothing but utter destruction and humiliation to the Muslim masses.

US Secretary of State Rex Tillerson on Monday extended greetings to Pakistan on the 70th anniversary of independence and said that the United States would continue to work together in the years ahead. “On behalf of the Government of the United States of America, I would like to congratulate the Pakistani people as they celebrate their 70th anniversary of independence,” the Secretary said in a statement issued here. He said that in an August 14, 1947 message to then Governor General Muhammed Ali Jinnah, President Truman pledged the firm friendship and good will of the United States, saying, “The American people anticipate a long history of close and cordial relations with your country.” “In the seven decades since, the United States and Pakistan have worked closely together to advance our mutual interests of democracy, stability, security, and economic development in Pakistan and across the region,” he added. “Today, the United States joins the people of Pakistan in celebrating this anniversary and our 70-year relationship, as we continue to work together in the years ahead,” Secretary Tillerson said.

Meanwhile, US Under-Secretary of State for Political Affairs, Ambassador Thomas A. Shannon was the chief guest at a ceremony held at the embassy on Monday to mark the 70th Independence Day. Ambassador Aizaz Ahmad Chaudhry began the proceedings with hoisting of the national flag which was followed by a brief commemorative event.

Messages from the President and Prime Minister of Pakistan were read out. The Deputy Chief of Mission also read out the text of President Henry Truman’s letter addressed to the founder of Pakistan Quaid-e-Azam Muhammad Ali Jinnah dated August 15, 1947. President Truman wrote, “I wish to assure you that the dominion [Pakistan] embarks on its course with the firm friendship and goodwill of the United States of America. The American people and government anticipate a long history of close and cordial relations with your country.” Independence Day Cake was jointly cut by the Ambassador Aizaz Chaudhry and the Chief Guest Ambassador Tom Shannon. The event was attended by Acting Assistant Secretary of State Ambassador Alice Wells and Acting Secretary of Defence David Helvey besides other officials of the Departments of State and Defence and Pakistani diaspora. [Source: Samaa TV]

The conniving American and Pakistani leadership have concealed the reality of Pakistan’s dependence on the American Raj for the past 40 years. Apart from the ruling elite that has greatly benefitted from American aid, the vast majority is subjugated to relentless American policy initiatives that has eroded security and stability for the ordinary Pakistani. The death and destruction unleashed by Pakistan prosecuting America’s war on terrorism on domestic soil is clear for all to see.

America again owes more money to China than any other nation. China’s vast holdings of U.S. government debt jumped $44 billion to $1.15 trillion in June, according to U.S. Treasury Department data. That took China above Japan, which offloaded $21 billion in U.S. bonds in the month. Japan had held the position of Uncle Sam’s biggest creditor for the previous eight months, but Beijing’s renewed appetite for U.S. debt has brought it back to the top. China was dumping U.S. Treasuries in 2016 so that it could buy its own currency — the yuan — to counter downward pressure caused by a huge outflow of cash from its economy. Since early this year, however, its holdings of U.S. debt have steadily ticked up. The Treasury Department has ranked China as the biggest foreign creditor to the U.S. for the overwhelming majority of the past nine years. The willingness of China to lend massive amounts of money to the U.S. government has raised concerns about Beijing’s potential leverage over America. President Trump claimed the opposite during his campaign, suggesting it gives the U.S. “a lot of power” over China. Experts say the reality is more complicated, arguing that the debt relationship binds the world’s two largest economies closely together.

Trump talked tough on China on the campaign trail, promising to slash the $310 billion trade deficit between the two countries, and threatening heavy tariffs on Chinese imports. He has been more cautious since taking office.

This week, he asked his top trade official to look into Chinese trade practices, but stopped short of ordering a formal investigation. China’s holdings of U.S. Treasuries have risen about $95 billion since the end of January, but are still nearly $100 billion lower than they were last summer. Japan’s holdings have fluctuated in recent months. They’re now at the same level — $1.09 trillion — as they were at the end of last year. [Source: CNN Money]

China’s policy of not rocking the boat with America, has provided Washington with fresh impetus to ratchet up the pressure on Beijing by accelerating the standoff with North Korea. This has prevented China from truly wreaking havoc on the American economy through the dumping of the dollar. Perhaps, the return of the Khilafah State (Caliphate) can expedite such a scenario for China in return for much needed oil.