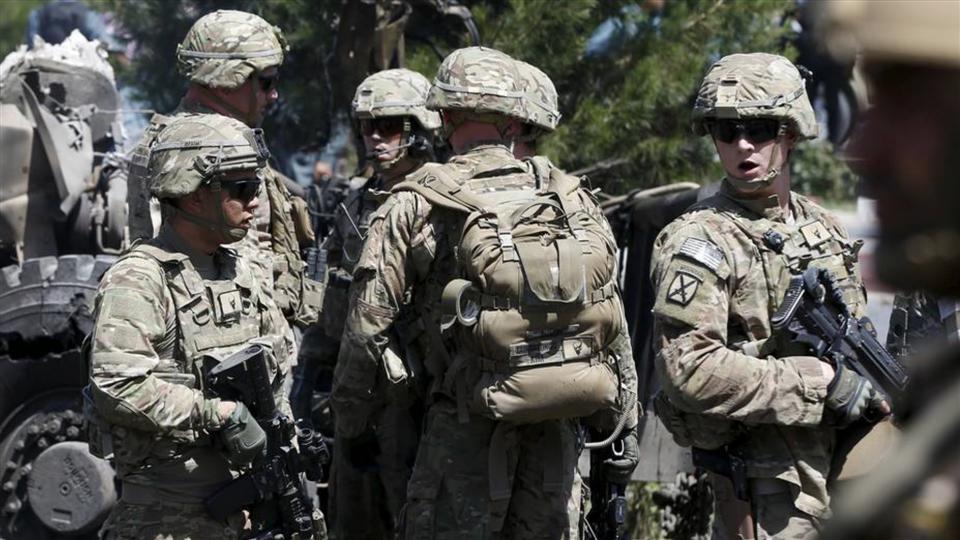 The newly-elected leader of Ukip has been condemned for “virulent Islamophobia” after footage emerged of him arguing it should be illegal to publicly distribute the Qur’an in the UK and that some British towns are no-go areas for non-Muslims. Speaking to Ukip members at hustings, Richard Braine also claimed that British Islam has particular problems with bigamy and welfare abuse, and referred to the jailed far-right anti-Islam activist Tommy Robinson as a “political prisoner”. Braine, a former chair of Ukip’s west London branch, was previously relatively unknown outside the party but won more than half the votes in a four-way leadership ballot. Ukip’s national executive had hoped the successor to Gerard Batten would move the party on from Batten’s increasingly far-right, anti-Islam views. However, Braine was backed by Batten and seems set to continue his legacy. Last month Braine was filmed arguing at a hustings in Grantham, Lincolnshire, that handing out copies of the Qur’an should be illegal under laws connected to incitement to violence. “We have laws against incitement, and yet there are people handing out Qur’ans in Leicester Square off a trestle table – a book which tells people to kill us to please God. We’ve got to stop incitement in public places like that.” He went on: “We’ve got to stop bigamy, welfare abuse. We’ve got to educate people in this country so they understand what the Qur’an says, what Islam really is, so they understand that it contains a hundred instructions to maim and slaughter innocent people – homosexuals, the infidel, women, apostates. So we need to understand what is in that book, we need to educate ourselves and our children about that.” Braine claimed there was the issue of “towns and cities becoming increasingly Islamic to the point where essentially, as a non-Islamic person, you’re simply not welcome there. And we’ve got to stop that.” Calling Islam an “alien ideology”, Braine told the audience there was a danger it could “become a supremacist ideology in this country”. A Ukip spokesman later said: “Ukip is not an anti-Islam party.” [Source: The Guardian]

Ukip appeals British conservatives and its growing popularity illustrates the intensity of Islamophobia prevalent amongst a growing proportion of the electorate. This is likely to show up in any UK general elections.

Almost two decades after the US invaded Afghanistan, President Donald Trump has made clear his intention to end America’s longest-running war. “I want to get out of these crazy wars that we should have never been in,” he said late last month as the secretary of state Mike Pompeo made clear it would be “job enhancing” if the 14,000 US troops withdrew from Afghanistan before next year’s US presidential election. Long-running talks between the US and the Taliban over the terms of the withdrawal ended this week without a deal. Yet if, and when, American forces do fly home, the task of confronting the resurgent Islamist movement would be left to the government in Kabul. The Taliban by some estimates holds more territory than at any point since it was ousted following the 2001 invasion. Some analysts believe a full US withdrawal could unleash a repeat of the brutal civil war and Taliban rule that followed the Soviet Union’s invasion of Afghanistan in the 1980s. Self-interested neighbours would step into the vacuum, experts say, echoing the “Great Game” rivalry between the UK and Russia for control of Afghanistan in the 19th century. “The Pakistanis and Chinese [would be] the major beneficiaries”, said Harsh Pant, foreign policy analyst at the Observer Research Foundation, an Indian think-tank. Islamabad would look to exploit deep ties with the Taliban, while Beijing’s priority would be to protect and expand its Belt and Road infrastructure project in the region. Russian moves to forge links with the Taliban also reveal Moscow’s desire for greater influence. “Wherever the Americans are receding in power, the Russians are more than happy to step in,” said Kabir Taneja, an Observer Research Foundation security analyst. Russia has for several years hosted talks on Afghanistan’s future, featuring Taliban representatives. But while Moscow has long called for foreign military powers to exit Afghanistan, its support for the Taliban’s role in discussions over the post-conflict state has strained relations with Kabul and complicated its perceived status as a key powerbroker. The American presence has already been reduced since 2011, when troop numbers surged towards 100,000 after reinforcements were committed by the then president Barack Obama. Mr Obama later set out plans to withdraw from Afghanistan by the end of 2016.When Mr Trump took office in 2017, he said that while his “instinct” was to pull out, a withdrawal would reflect “conditions on the ground”. The Pentagon later deployed a further 6,000 troops amid a deteriorating security environment.US defence officials have expressed concerns about the dangers of too quick an exit. Mark Milley, new chairman of the joint chiefs of staff, warned in a Senate confirmation hearing last month against “prematurely” withdrawing. “I think the war in Afghanistan, at least American participation in the war in Afghanistan, comes to an end when our interests are met,” he said. “That will be met through a negotiated settlement with the Taliban.” Mr Trump last month sought to enlist Pakistan’s prime minister Imran Khan to press the Taliban to sit down with Kabul to chart a course for Afghanistan’s future. Husain Haqqani, a former Pakistan ambassador to the US, said Washington should push Islamabad harder. “The real role of Pakistan in an Afghanistan peace process would be to stop giving subsistence to the Taliban,” he said. Yet if a deal were struck, the prospect of the Taliban returning to some form of legitimacy would be viewed with concern by India, Pakistan’s arch-rival. Relations between the nuclear-armed neighbours have grown more strained this year amid an upsurge in tensions over the disputed Kashmir province. “Many of the same fighters that were equipped and armed in the Afghan jihad in the 1980s were later deployed in Kashmir,” said Dhruva Jaishankar, analyst at the Brookings Institution think-tank based in New Delhi. “There is concern that if there is some kind of resolution with the Taliban, we may see something similar.” [Source: FT]

Rather than negotiate with America, the Taliban should team up with Pakistan to expel US forces permanently from the country.

Pakistan’s prime minister, Imran Khan, has threatened to “teach Delhi a lesson” and vowed to fight until the end against any Indian violations in disputed Kashmir. In some of his strongest words since Delhi revoked Indian-administered Kashmir’s special status last week, Khan said the army was preparing to respond to anticipated Indian aggression in Pakistan-administered Kashmir. “The Pakistani army has solid information that they [India] are planning to do something in Pakistani Kashmir, and they are ready and will give a solid response,” Khan said. “We have decided that if India commits any type of violation we will fight until the end,” Khan said during a visit to Muzaffarabad, the capital of Pakistan-administered Kashmir, in a speech marking Pakistan’s independence day. “The time has arrived to teach you a lesson,” he said. Pakistan, which also claims Kashmir and has fought wars with India over the region, responded furiously to Delhi’s decision last week to revoke Indian-administered Kashmir’s special status. It compared the Indian government to Nazis and suggested they might carry out ethnic cleansing. Pakistan’s foreign ministry said on Wednesday that it had asked the UN security council for an urgent meeting on the matter, while Khan has previously vowed to lobby heads of state over what he says are illegal actions by the Indian government. The response by other global powers has so far been muted. Millions of people in Indian-administered Kashmir remain without landlines, mobiles or internet access, 10 days after an unprecedented blackout imposed hours before India made its announcement. The territory will remain under a curfew on Thursday as India marks its independence day, a date usually accompanied by protests. Local media reported some restrictions would be eased after Thursday, but said the communications shutdown would stay in place. [Source: The Guardian].

India has cut Pakistan’s jugular vein and Khan is still talking about teaching India a lesson. The time for empty words and false red lines is over. Pakistan needs to declare jihad and liberate Kashmir once and for all.