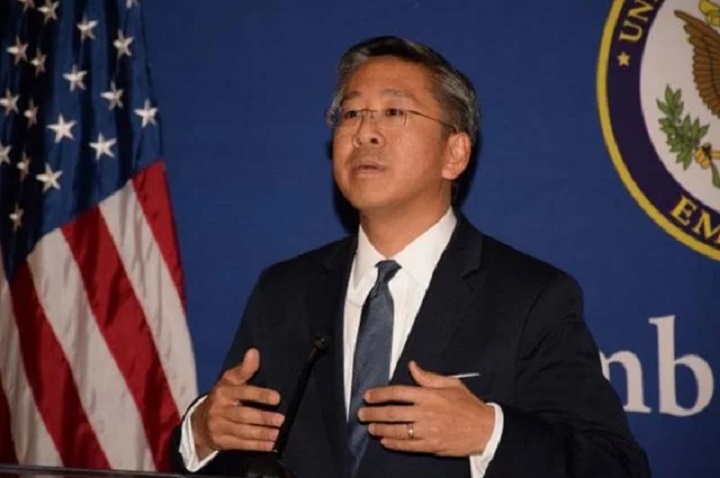 Headlines:
How was Johnson forced to resign and what happens next?
US says ‘It’s Too Early’ to Consider Recognition of Taliban
ECC Okays Hike in Gas Prices up to 335%

How was Johnson forced to resign and what happens next?

Britain’s leader Boris Johnson has been forced by his own team to resign as head of his Conservative Party, but he will remain prime minister until a successor is elected. Analysts say that Johnson’s modus operandi never changed despite the recent upheavals that saw more than 50 ministers and aides resign before he gave in to the pressure to step aside following a string of scandals. In the past few days, Johnson had come under immense scrutiny, with a string of resignations since Tuesday, including that of Chancellor of the Exchequer Rishi Sunak and health secretary Sajid Javid, two of the most pivotal members of Johnson’s cabinet. Both called upon the prime minister to step down over his handling of the case of a senior official accused of sexual misconduct. The events that transpired are unprecedented in the recent history of British politics, Stephen Elstub, reader in British politics at Newcastle University, told Al Jazeera. “The closest precedent was the MacDonald Labour government in 1931, where the cabinet resigned during an extreme economic crisis. The most recent crisis that merits some comparison was Thatcher in 1990. However, only a few members of her cabinet reigned,” he said. “What makes it similar to Johnson is that many cabinet members met with her and advised her to resign, saying she had lost control of the party. Advice that she ultimately took. “In contrast, it has taken swaths of resignations to prompt Johnson to resign in the realisation that he is now unable to govern,” said Elstub. Indeed Johnson faced difficulties in even filling cabinet roles prior to his resignation. Moreover, Johnson would likely have encountered a new vote of confidence if he had not stepped down and given the latest developments, it would have been inconceivable for him to survive. The most recent government crisis in Westminster was triggered by an affair involving Johnson’s party colleague Chris Pincher, the deputy chief whip. Johnson had nominated Pincher, who faces multiple counts of sexual harassment allegations, for the role. Johnson initially denied knowing about the allegations until it became apparent that he had lied. “The handling of the allegations of sexual assault against Pincher was the final straw for many MPs. In addition to Johnson’s immense failure of judgement in promoting a man who had previously had a complaint of sexual harassment upheld against him, the incident demonstrated Johnson’s loose relationship with the truth and his willingness to send MPs out to lie on his behalf,” Meakin said. [Source: Al Jazeerah]

The Conservative Party—one of the oldest parties in the world—prided itself on democratic values, integrity and transparency. But ever since the departure of Thatcher, the party has struggled to present a unified view about what it stands for, and in recent years the Tories have become increasingly polarized consisting of many factions. Johnson was brought in to unify the Tories and strike a Brexit deal. The latter he did, but his incessant lying only served to make the Tories more reviled both from within and to the wider electorate. It remains to be seen whether the Conservative Party can reinvent itself in the age of populism and redefine what it stands for.

US says ‘It’s Too Early’ to Consider Recognition of Taliban

The United States says no foreign government is contemplating legitimacy for Taliban rule in Afghanistan, even as the insurgent-turned-Islamist group next month will mark the first year of its return to power in Kabul. “I think there’s actually a global consensus to include Moscow and Beijing and Iran, that it’s too early to look at recognition,” Donald Lu, U.S. assistant secretary of state for South and Central Asia, told VOA in an interview. “Yes, some countries are beginning a very slow process of normalization of relations. No one is talking about formal recognition,” Lu said. The U.S. diplomat noted that international discussions instead were focused on seeking an engagement with the Taliban that can help improve the situation on the ground in Afghanistan in terms of the rights of women and girls, and security. “We, as partner countries, should also be working with authorities in Afghanistan to create a better world for Afghan people … to try to influence what is happening in Afghanistan for the betterment of the people of Afghanistan, but also a stable region.” The Taliban seized power last August when U.S. and NATO partners withdrew their final troops, ending almost two decades of foreign military intervention in the country. The hardline group installed an all-male interim government, which has placed restrictions on women, limiting their access to work and education. The Taliban have disallowed teenage Afghan girls from returning to secondary school education in breach of their repeated pledges. “It’s critical that all of us work together to try to encourage the Taliban onto a constructive path,” Lu said. He emphasized the Islamist group “now has to get to the business of governance.” Lu told VOA that Central Asian countries also are worried about security threats coming from Afghanistan. The U.S. is talking with them about how it can help with cross-border security and “facilitate conversation with this very unusual Taliban government,” he added. [Source: Voice of America]

America’s primary concern has always been to have freedom of movement in Afghanistan for its troops to safeguard US interests. This includes forward operating bases and controlling militants not aligned with the Taliban to destabilize Central Asia and turn it into a security nightmare for both Russia and China. Hitherto, the Taliban have resisted in granting the US such freedom, and in return the US is delaying formal recognition of the Islamic Emirate of Afghanistan.

The Economic Coordination Committee (ECC) of the Cabinet approved up to 335 per cent increase in consumer-end gas prices on Thursday with effect from July 1 to generate about Rs666 billion in revenue for two gas utilities during the current fiscal year. The increase would allow Rs120bn surplus revenue to the two gas utilities — Sui Northern Gas Pipelines Limited (SNGPL) and Sui Southern Gas Company Limited (SSGCL) — over and above Rs546bn determined by the Oil and Gas Regulatory Authority (Ogra) during the current fiscal year on the request of the petroleum division to make up for the partial recovery of previous year’s losses. The revised rates would be notified after the ratification by the federal cabinet soon after Eidul Azha, as these have to be legally in place by July 13 under the law. The committee also scrapped tenders for 500,000 tonnes of wheat import it had allowed two days ago. The tenders, earlier approved at $439.40 per tonne, were cancelled because of continuously declining global wheat prices. The Trading Corporation of Pakistan (TCP) was asked to float fresh tenders for 300,000 tonnes of wheat import. [Source: Dawn]

As expected the government has announced an increase in gas tariffs to comply with IMF’s conditions for new loans. This coincides with the State Bank of Pakistan (SBP) raising the discount rate to 15%. The combination of high interest rates and gas prices will make it difficult for Pakistan’s industry to compete abroad and this will also impact exports as well as hurt the government’s ability to earn foreign exchange. All indications are that Pakistan will remain tied to IMF’s structural adjustment programmes for the foreseeable future. Hence, it should be obvious that PTI, PPP and PML have no alternatives to IMF’s draconian medicine.