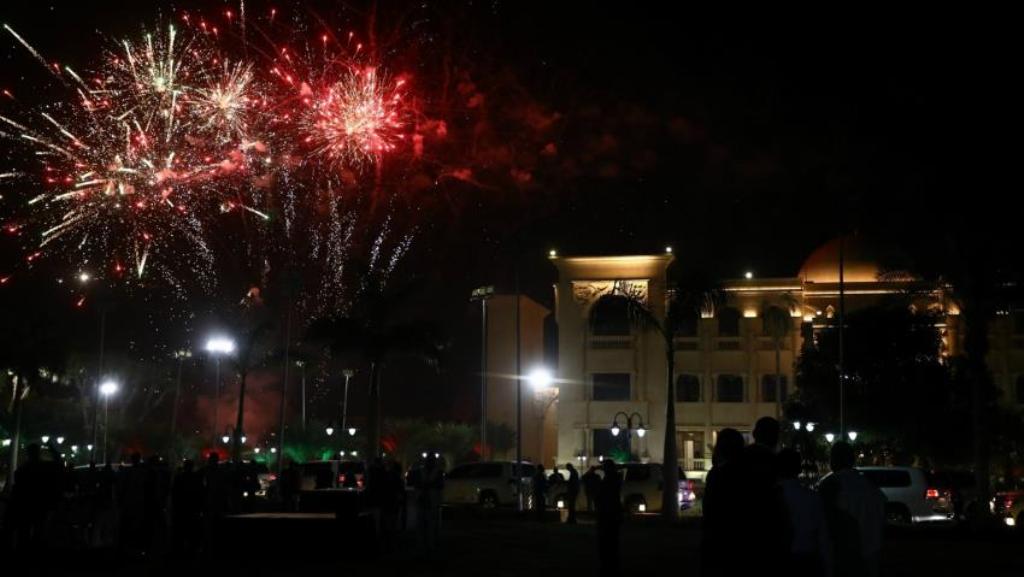 During the celebration of the so-called New Year’s Day, a number of Khartoum streets witnessed widespread riots, and intrusive gangs targeted people on Nile Street in Khartoum and the entrance to the Mansheya Bridge and Halfaya, and a number of other vital streets, while the police recorded multiple reports in the face of these intrusive gangs.

The state of security breakdown on New Year’s Eve, as a result of celebrating the end of 2020 in Sudan, left the same events and uglier than them, a phenomenon that has become frequent to reveal the extent of the blind imitation of the West, even in its Kufr, and some Khartoum streets, on the eve of this year’s celebration, turned them into traps for vehicle owners, where a large number of unruly people participated in gravelling cars with stones, which caused severe physical and psychological damage. The negative aspects were not limited to damaging and smashing car windows, but extended to throwing fluids including impure, in light of the frequent reports of many other cases of violence.

These breakouts and unruly acts are caused by this regime, which created security chaos by releasing 4,217 prisoners last March, and by the praise of Aisha Musa, a member of the Sovereignty Council, for “the efforts and cooperation made by all parties in order to empty the inmates of the prisons!” So how can the criminals who have become accustomed to criminality be left free to wreak havoc on the ground, under the eyes of the regime and its security apparatus, and turn a blind eye to their criminal precedents without deterrent punishments, were it not for the corruption of the legislative system and the statutory law that is incapable of establishing justice among people, and its double standards, as if we are living the law of the jungle?!

These actions and breakouts clearly reflect the state of security volatility that the capital witnesses on New Year’s Eve every year and the state is absent from the scene and has not issued a statement regarding the events of New Year! Where are the information outlets, monitoring, patrols, and demonstrations of strength?! Where is the state’s role in preventing crime before it happens?!

O Fathers: How do you allow your children to celebrate?! Or have the ideas of the West made you forget your responsibility of the family before Allah (swt) which is the core of society and the basis for the goodness of its members or not? If the family is raised upon the piety of Allah Almighty and adherence to His law, then it will be a good seed for its members, and a righteous aid for society and the nation in light of these abnormal conditions in which we live, but if they are created, God forbid, to imitate the celebrations of the Kuffar, immorality and committing sins and forbidden acts, then there is no doubt that it would become a focus of corruption and a great danger to society and its members.

O People of Sudan: We call on you to renounce these man-made laws and the corrupt statutory system, and to work to change the situation in a radical and holistic manner, by reestablishing the rule of Allah according to what Allah has revealed, and establishing the second Khilafah Rashidah (rightly guided Caliphate) upon the methodology of the Prophethood that establishes justice amongst you and accounts the oppressors, and with which Islam and Muslims cherish, all people live a peaceful life in security, tranquility and stability under the great Islamic umbrella.