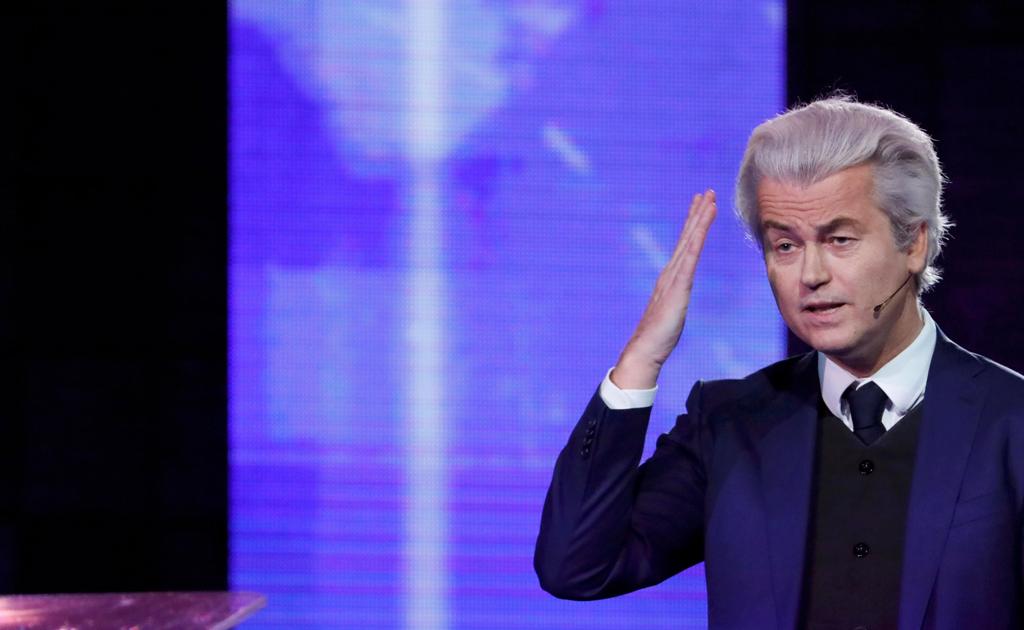 Several media reported on Saturday, 9th of January, that PVV leader Geert Wilders announced his new party program. [nos.nl] The PVV’s new party program includes a call to deploy more police officers and use the army on the streets of The Netherlands if that is what it takes to (re)conquer them. Wilders calls towards the preservation of special education except for Islamic education, which according to Wilders should be banned. Furthermore, the PVV wants to establish a new ministry for “De-Islamization and re-emigration”. Through it, Wilders wishes, among other things to dispose the Dutch society of all Islamic symbols such as the headscarf for women and close the borders for Muslims from Islamic countries.

Wilders’ call has been of the same nature for a long time. Hateful towards Islam and the Muslims and polarizing Dutch society. Apart from the fact that the program’s items are absurd and hateful, the items not related to Islam are barely practicable.

The effect of Wilders’ hate campaign is constantly noticeable by the Muslim community in The Netherlands. Apart from the fact if Wilders has gotten the chance to govern or not, Wilders’ hate propaganda which he is allowed to express freely in and outside of the 2nd Chamber has only led to increased animosity and division between the Muslims in The Netherlands and Dutch society.

Reality has shown that statements and campaigns from extreme right parties like that of Wilders do not only have a local effect on their supports. The statements also had an international effect on equal-minded individuals like Anders Breivik in Norway and Brenton Tarrant of the Christchurch, New Zealand mosque shootings. Both have literally cited Wilders as one of their sources of inspiration.

Yet still, the PVV and Geert Wilders’ statements are not limited in any way. This is a time in which politicians constantly try and curb statements from imams, Islamic schools, mosques and other Islamic institutions. Furthermore, even the so-called freedom of speech is used to protect Wilders’ statements. The double standards between the way the statements of the Islamic communities are weighed against those of the PVV is but the tip of the iceberg.